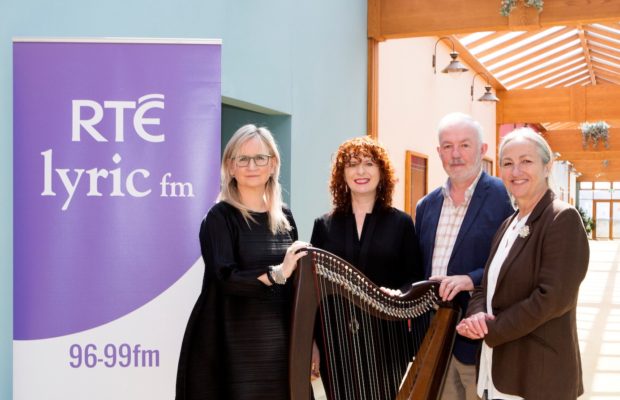 RTÉ Lyric FM is celebrating its 20th birthday by commissioning three new works, with a total fund of  €14000 available to composers born or living in Ireland. These new compositions will be performed live by the RTÉ National Symphony Orchestra and RTÉ Philharmonic Choir at a gala concert on 1st May 2019.

Announcing the launch of the competition, Director General of RTÉ, Dee Forbes, said:

“Since its inception, RTE lyric fm has championed the very best in classical music from home and abroad and occupies a unique and cherished place in the lives of its listeners. It is fitting that a station that celebrates both composition and live performance should mark its anniversary by investing in the composition and performance of new Irish works. I look forward to hearing the results, and to celebrating 20 ground-breaking years of RTÉ lyric fm.”

“Irish musicians have always been at the heart of the station. What better way to mark our birthday than with a new work for the national emblem of Ireland the Irish harp with one of its leading exponents Máire Ní Chathasaigh premiering it with the RTÉ National Symphony Orchestra.”

Commissions and prize money will be offered in the following categories:

Entrants should think about creating melodic, accessible new compositions that will engage the lyric listener and that can ultimately, after its premiere performance, be recorded in a studio for repeat broadcast on the station’s prime-time programmes.  All entrants must submit approximately 1 minute of their proposed score, a 200-word outline of their work and a detailed musical CV. Three hard copies of each of these documents must be posted to RTÉ lyric fm, 20th Anniversary Competition, Top Floor, Cornmarket Square, Limerick by 5 pm Friday 1st September 2018. The submissions will be judged by Ellen Cranitch, Shaun Davey, Anthony Long, Mark Hindley & Una Ní Chanainn. The adjudicators’ decision is final.