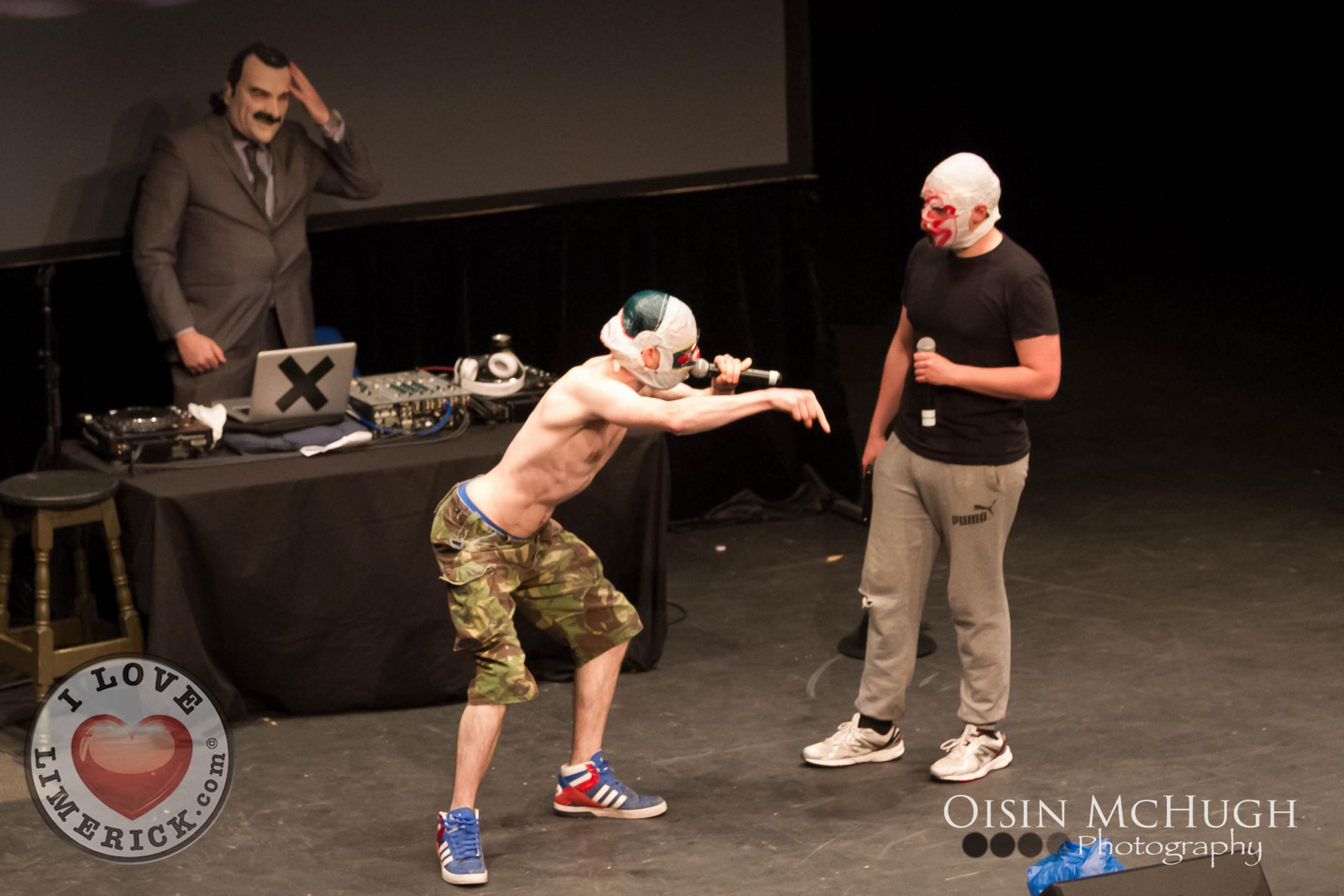 Pictured are The Rubberbandits at the Lime Tree Theatre on May 23, 2015.

The Rubberbandits continue their reign as one of Limerick’s staples. Every day the city crowds with busking musicians, singers, and group performers, making the city even more lively. The Rubberbandits, instead of performing on the streets now, have reached a legendary status here.

This iconic duo performs satirical hip hop and rap tunes for more mature audiences, needless to say. Nonetheless, even children may be spotted singing along to their classic song “Horse Outside” or possibly “Paddy Power,” their renowned Christmas song.

Blindboy Boatclub and Mr. Chrome created this act during the year 2000. Going on their 20-year anniversary, fans all around Ireland are buzzing to listen to more music or relive The Rubberbandits’ glory days.

Daniel Beck, Clare, praises the outrageousness of The Rubberbandits’ appearance and their political satire. He said, “The Rubberbandits show the true state of affairs this country is in, especially when a man wearing a Chicken Hut bag on his head is making more sense than politicians.”

The Rubberbandits poke fun at Irish politics, but they focus on matters related to the younger generation like alcoholism, drug abuse and violence against one another. They use surrealist lyrics and parody to combine social concerns with humor.

They delve into other humourous activities as well, such as live prank calling on the radio. Most of these videos and phone calls are found on The Rubberbandits’ main YouTube channel. Despite their antics, they must be doing something right if they have been around for 20 years.

Aside from being satirical rappers, they promote stable mental wellbeing. Blindboy as he’s known as, has drawn attention to mental health and problems with the Irish healthcare system through his podcast, The Blindboy Podcast.

Their dedication to their home city, Limerick, has been a constant factor in all of their performances. The exaggerated accents, the plastic bag masks, and the goofy yet serious attitude prove how unforgettable The Rubberbandits are and how they truly are a staple in Limerick.

Limerick City native Hannah Purcell commented on how they make Limerick a better place. She said, “I find it great living in Limerick, especially with The Rubberbandits. They do a lot for the community and they actively voice their opinions, which is really important, particularly for those who feel unheard.”