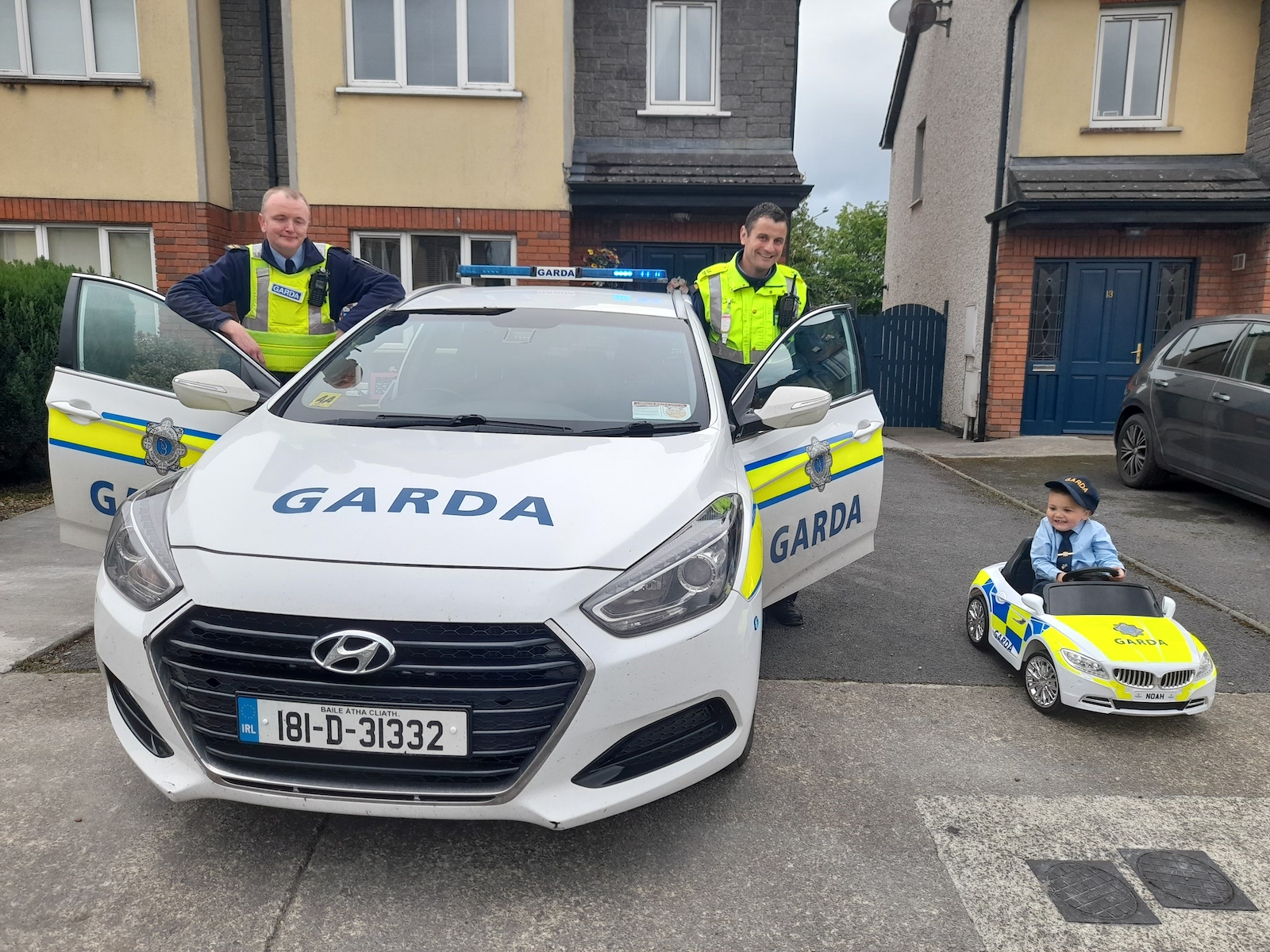 Pictured above is four-year-old Noah Quish from Monaleen and the Gardaí who will run for Noah.

Gardai are running for Noah Quish pictured above

A team of Limerick Gardaí and Garda staff are preparing to tackle the Great Limerick Run for Noah Quish, a brave four-year-old boy from Monaleen Limerick who was made an honorary Garda two years ago.

Noah is currently suffering from several health issues, including a major heart condition, severe laryngomalacia, obstructive sleep apnoea, chromosome deletion, Chiari malformation of the brain, severe scoliosis, and ongoing gut issues. He had open-heart surgery and surgery on his airways. He is in a cast for his scoliosis and is peg-fed as he aspirates.

Given Noah’s medical history, the spinal and brain surgery he is due is very risky and he will need lifelong care and therapy.

Noah’s parents created a fundraiser on Go Fund Me, where they stated “Money raised will provide crucial therapy for him to help with feeding and speech, a special bed for him and also we were hoping to get him to Boston for a six-week intense program to help with his feeding and speech. Noah would have the use of vital stem therapy there which you can’t get anywhere else, and this would help encourage the muscles in his throat to help him swallow.”

In 2019, Noah was made an honorary member of Garda Siochana by Little Blue Heroes, an organization whose mission is to help families from local communities in Ireland who have children with long-term or serious illnesses.  Noah’s dreams came true as he was brought to Henry Street Garda Station and was met by the previous superintendent Derek Smart and got to pet Garda dogs. Noah and his sister Leah were later awarded medals of bravery.

A team of 65 Limerick gardaí and Garda staff, friends, and family will run for Noah in the Great Limerick Run to support the Quish family with their expenses for Noah’s vital treatment. Donations to the Quish family can be made on their Go Fund Me.

To donate to the Quish family Go Fund Me fundraiser, click HERE