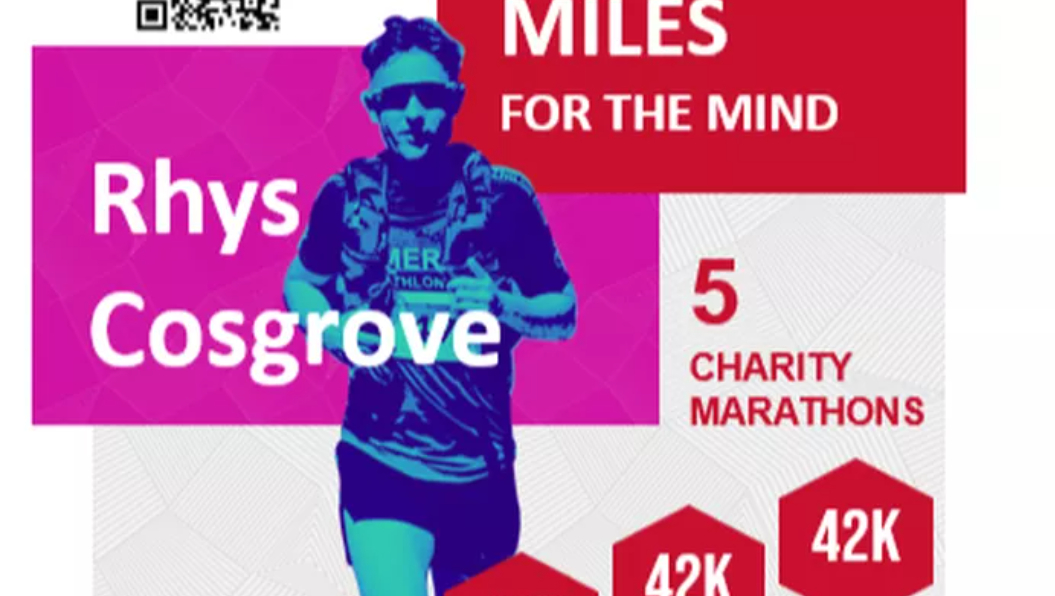 Runner Rhys Cosgrove has been training for the Miles for Mind 10 hours a week in the lead-up to the challenge.

20-year-old Clonlara native Rhys Cosgrove will set off on five marathons over the course of five days beginning October 5.

The Johnson and Johnson worker is doing this for Miles for Mind in aid of the Limerick Treaty Suicide Prevention (LTSP). Rhys aims to raise as much money as possible for the cause.

On the first day of the marathon, Wednesday, October 5, Rhys will begin in Clonlara. The following day he will make his way out to Johnson and Johnson where he will do a loop around Kilmurry. On Friday, he plans on heading to his old school where he will do a 2km route around the grounds. Rhys will then head out to the University of Limerick on Saturday and on the final day, he will finish the five-day marathon back in Clonlara.

Runner Rhys Cosgrove has been training for the Miles for Mind 10 hours a week in the lead-up to the challenge. He says he doesn’t mind covering loops because it provides an element of predictability in terms of how to pace himself, and planning.

Rhys is passionate about raising funds for this organisation. He believes their work is unmatched when it comes to the safety of the people in the city. Every night they have a team out patrolling the banks of the River Shannon to make sure anyone who might be in distress can be supported and listened to.

This is not Rhys’ first time helping charities as this time last year he completed 100km in a day for Milford Hospice where he raised almost €6,000.

In his upcoming five-day marathon, runner Rhys Cosgrove is doubling his previous challenge by covering 210km in total in various loops.

Rhys thanked his parents Brian and Estelle, and his employer for their support. He said that being able to work in a place where they give opportunities like Miles for Mind, and support is brilliant. They have been helping Rhys with logistics and posting about his progress. Rhys cannot thank them enough.

For more stories on the Rhys Cosgrove, go HERE