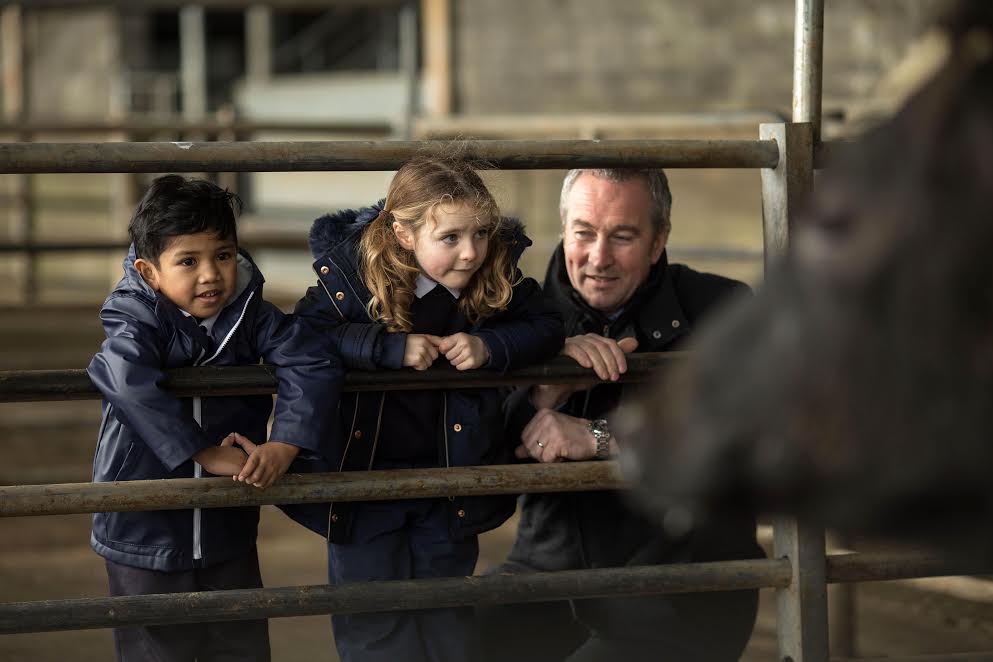 The generosity of the farming community and wider Irish public towards Rwandan women widowed by the genocide of the mid-1990s hit a milestone yesterday as the Rwanda Bothar Irish herd received its 1,000th cow.

Just three months after sending the largest ever airlift of animals in the world to the small nation in south-central Africa for its 25th anniversary,  Bóthar launched its 2017 airlift programme as 25 in-calf Friesian heifers began their 7,000km journey.

The Rwanda Bothar Irish herd now transforming families lives in Rwanda is estimated to be in the thousands thanks to Bóthar returning each year with Irish artificial insemination straws to put cows back in calf.

The 25 cows despatched yesterday were brought to Roscrea Mart in Co. Tipperary from farms around the country and met there by Bóthar staff. Following the finalisation of paperwork, they were shipped to Amsterdam and loaded later at Schipol Airport for their overnight cargo flight.

Many of the donor farmers themselves also turned up to see off their animals and were welcomed to Roscrea on behalf of Bóthar by Tipperary’s All-Ireland winning senior hurling manager Michael Ryan.

It was a neat GAA double for Bóthar as three months ago, when it sent out a record airlift of animals to Rwanda for its 25th-anniversary trip, Dublin’s two-in-a-row winning football manager Jim Gavin was on hand.

Speaking at Roscrea Mart, part-time farmer Michael Ryan said that he had huge admiration for the charity and its donors.  “We live privileged lives here but there are people across the developing world who obviously don’t. Having looked at Bóthar videos from their last trip and read up about it I was struck by the impact.

“The farmers who donate the cows, in particular, deserve huge credit as this is no small donation.  In-calf heifers could fetch over €1,500 so that’s a very generous contribution.  Similarly, people who donate to Bóthar make a very important contribution. And, of course, Bóthar itself as an organisation deserves huge credit for doing this year in year out, for over quarter of a century.”

Said Bóthar CEO Dave Moloney:  “Last October when we arrived there the Rwandan Minister for Agriculture Gerardine Mukeshimana was on hand to welcome us, as well as a troupe of traditional dancers. It was an amazing experience and showed just how much Rwandans appreciate this gift from Irish people.

“We got out to the countryside to meet families who had received cows from us as many as seven years ago.  It was heartening to see the difference this made to their lives. We met one woman who was living in a mud-hut and had just lost her husband and two of her five children back in 2009 when we met her first.

“We went back in each of the five years since to put the cow back in calf.  This meant she was able to sell on each offspring, except for the first born female which, under our agreement with recipient families, must be handed over free to another family.

“From the proceeds of the sale of the calves and the milk, she was able to build a really decent house and has put two of her three remaining three children through second and third level education. She has also used manure from the cow to grow a small banana plantation. It’s the type of outcome we have across Rwanda. You can still see the sadness in her but her life has become far less of a struggle thanks to a single Irish cow.”

Referring to yesterday’s consignment, he said “We also transport our 1,000th cow from Ireland to Rwanda today and given that we go back out each year with AI straws to put the heifers back in calf, in reality, there are now thousands of Irish animals in Rwanda, raising the breeding standard dramatically and changing people’s lives beyond belief. Our donors can be very proud of this and this, of course, could never have happened without them.”

Bóthar was established in Limerick in 1991 as an initial one-off gesture of airlifting cows to 20 families in a poverty-stricken region of Uganda to mark the city’s ‘Treaty 300’ celebrations.  Since then it has grown into one of Ireland’s leading international NGOs.  Over the past 25 years, the organisation has delivered thousands of animals annually to families in 35 countries across Africa, Asia, South America and Eastern Europe.

While the organisation started out with an airlift of Irish heifers, creating a Rwanda Bother Irish herd, it has since broadened its livestock donations in the early years to include Irish goats and pigs.  It now also purchases the water buffalo, camels and bees in project countries.

Top of the list of donations is the Bóthar ‘Global Village’ – a herd including a dairy cow, two dairy goats, three dairy camels, four pigs, five flocks of hens and six bee hives that will be distributed among 17 poor families.  Donations to Bóthar start at just €10 for a share of a snail farm and run right up to the €5,000 for the Bóthar Global Village.

To read more stories about Bothar and the word they have done in recent years, click here.