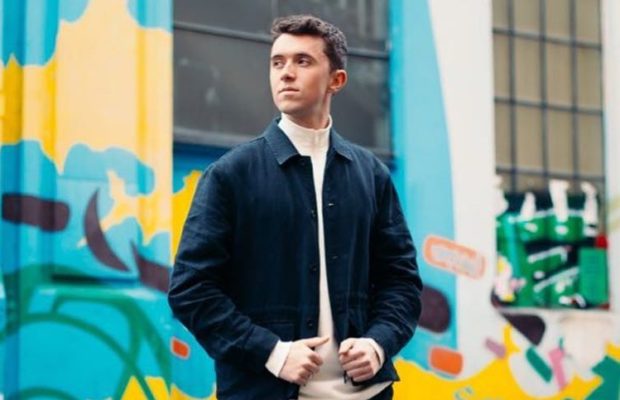 The Limerick date is part of O’Shaughnessy’s debut Irish tour which celebrates the release of his newest single ‘Civil War’.

Ryan made the decision to follow his songwriting dream and applied for a place at BIMM Dublin, who were enrolling for their very first year. He was accepted as a songwriter and began the journey in Sept 2011.

After appearing on the Voice of Ireland in 2012 he made a big name for himself when he competed in the 2012 edition of Britain’s Got Talent, where he placed fifth. He auditioned with his original song “No Name”, which captured the hearts of many British and Irish viewers, especially judge Simon Cowell. His audition currently has over 46 million views on YouTube.

Following his successful run on reality TV series, O’ Shaughnessy signed to Sony UK, releasing a self-titled EP with singles such as “Time Stands Still” and “Lost in You”. The EP topped the Irish album charts for three weeks in a row, whilst also hitting the No. 9 spot on the UK Album Charts. Ryan subsequently released a full studio album in 2016 called ‘Back to Square One’.

At the tender age of four years old Ryan O’Shaughnessy first heard the combination of metal tapping off a hard wood floor in sync with the Jazz piano which fused together to become the basis of his rhythmic inspiration. Ryan learnt the saxophone at 12, switching to guitar two years later after seeing YouTube footage of Eric Clapton’s Tears In Heaven “with instructions on the screen of how to play it.”

He was chosen to represent Ireland in this year’s Eurovision Song Contest with the song “Together”. The song successfully made it through the semi-final stages, finishing 16th in the overall competition.

Prior to his Eurovision performance, Ryan completed a two-month tour of the United States where he performed at acoustic venues in Florida, Virginia and California.

Limerick audiences can expect O’Shaughnessy to perform all of his notable and well recognised songs like ’No Name’ from Britain’s Got Talent, ‘Who do you love’ from The HIT, and of course this year’s Irish Eurovision entry ‘Together’.