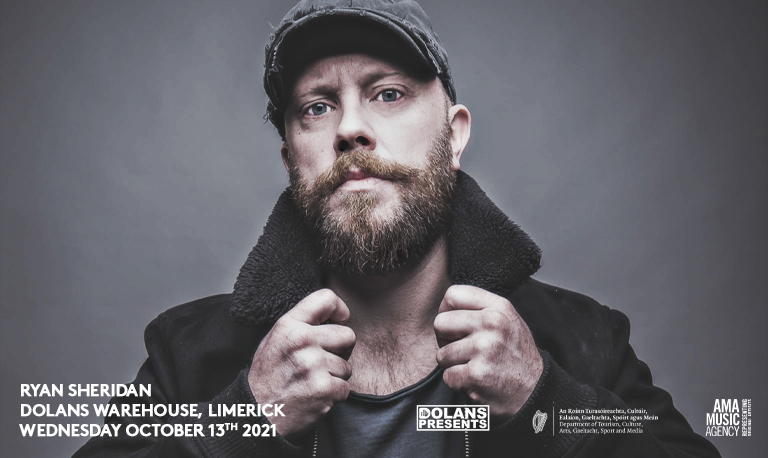 Ryan Sheridan Dolans gig to be a showstopper on Wednesday, October 13

Ryan Sheridan Dolans – The artist will perform at Dolans on Wednesday, October 13.

Ryan Sheridan Dolans gig to be a showstopper on Wednesday, October 13

Ryan has recently released a new single called ‘Fine Wine’ ahead of his concerts and tour.

The Ryan Sheridan Dolans gig comes before his German headline tour, which has been rescheduled to May 2022.

Ahead of his gigs and tour, he has released his new single, ‘Fine Wine,’ which went to number 1 on the iTunes chart when it landed, beating the likes of Dermot Kennedy and Ed Sheeran.

The song is an Americana country-tinged track which heads in a new direction for the artist; one which he will explore further on his forthcoming third album for Rubyworks Records.

His third album will be a love letter to the likes of Chris Stapleton, The Black Keys and Nathaniel Rateliff, and a collection of personally curated cover songs that span decades and genres.

Speaking about his new song, Ryan said, “Fine Wine’ is about the people that make your life better. The people who pick you up when you’re down, listen to you when you need to talk and tell you some hard truths when you need to listen.

It was written on the back of a new Americana covers album that I produced over lock down. It was a new direction I was exploring, and this is the first song I wrote in that style.”

Ryan began his performing career at the age of 15, in the acclaimed ‘Riverdance the show’, touring the Americas, Europe and Asia.

By age 18, he had moved to New York City, to perform in the Gershwin Theatre on Broadway and it was here that Ryan found his interest in songwriting.

After years of performing on Broadway and playing in pubs and clubs in New York’s Lower east side, Ryan returned to Ireland.

After playing in several bands and opening a venue in Ireland, he eventually decided to bring his songs to the streets of Dublin and became a busker. It was here that he would work on his craft and trademark sound and be spotted by a Record Label’s A&R.

Since then, Sheridan’s durable presence on the gig circuit, where amidst his energy-driven, charismatic shows, has led to 2 no.1 Albums in both Ireland and Germany, 5 Sold-out European and Irish tours, has been a guest for Paul Simon, Brian Adams, Taylor Swift, Simply Red, The Script and Rea Garvey.

To buy tickets for the event go HERE

Related Topics:dolansryan Sheridan
Up Next

ICO I Create Online – and the Irish Chamber Orchestra beat goes on!