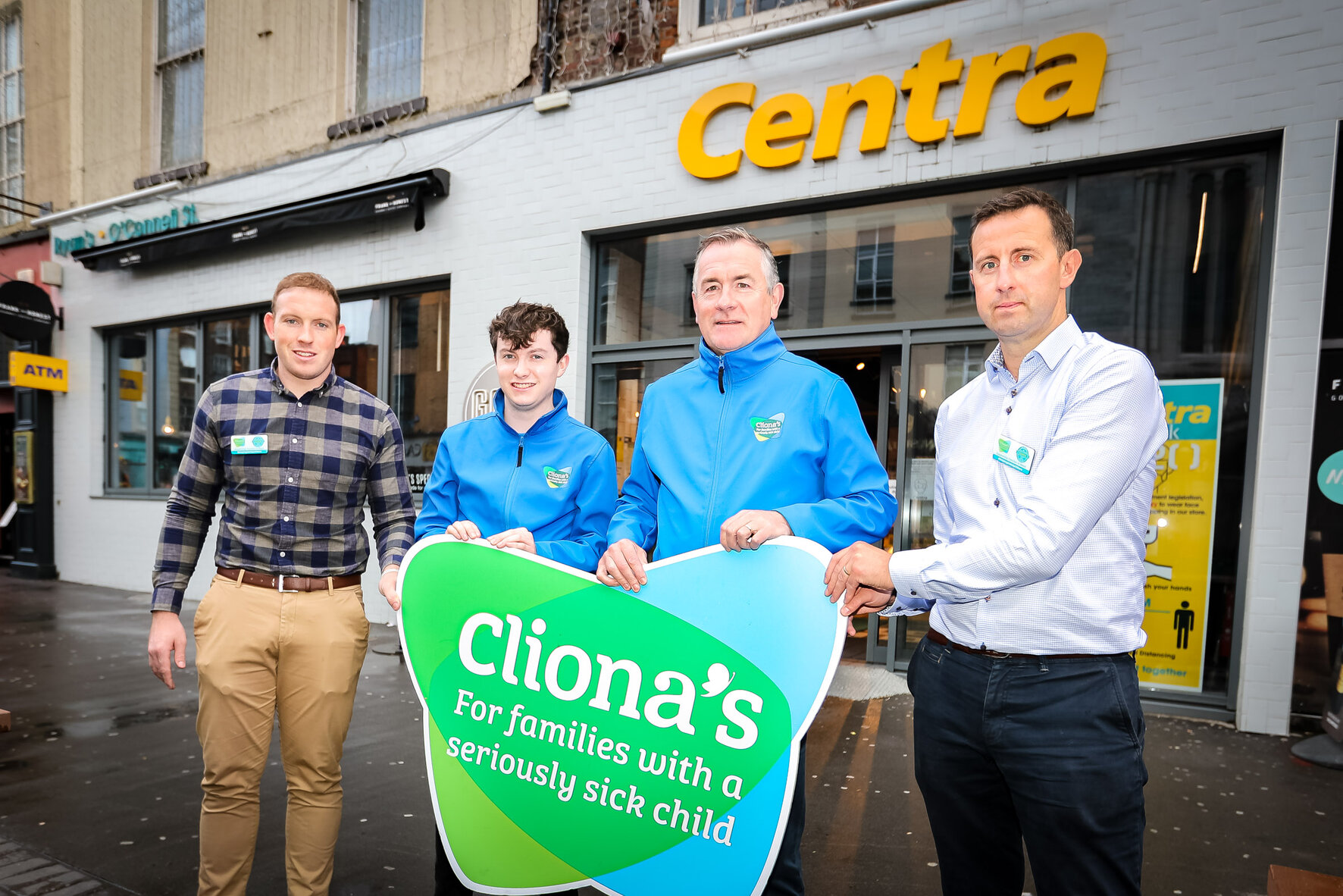 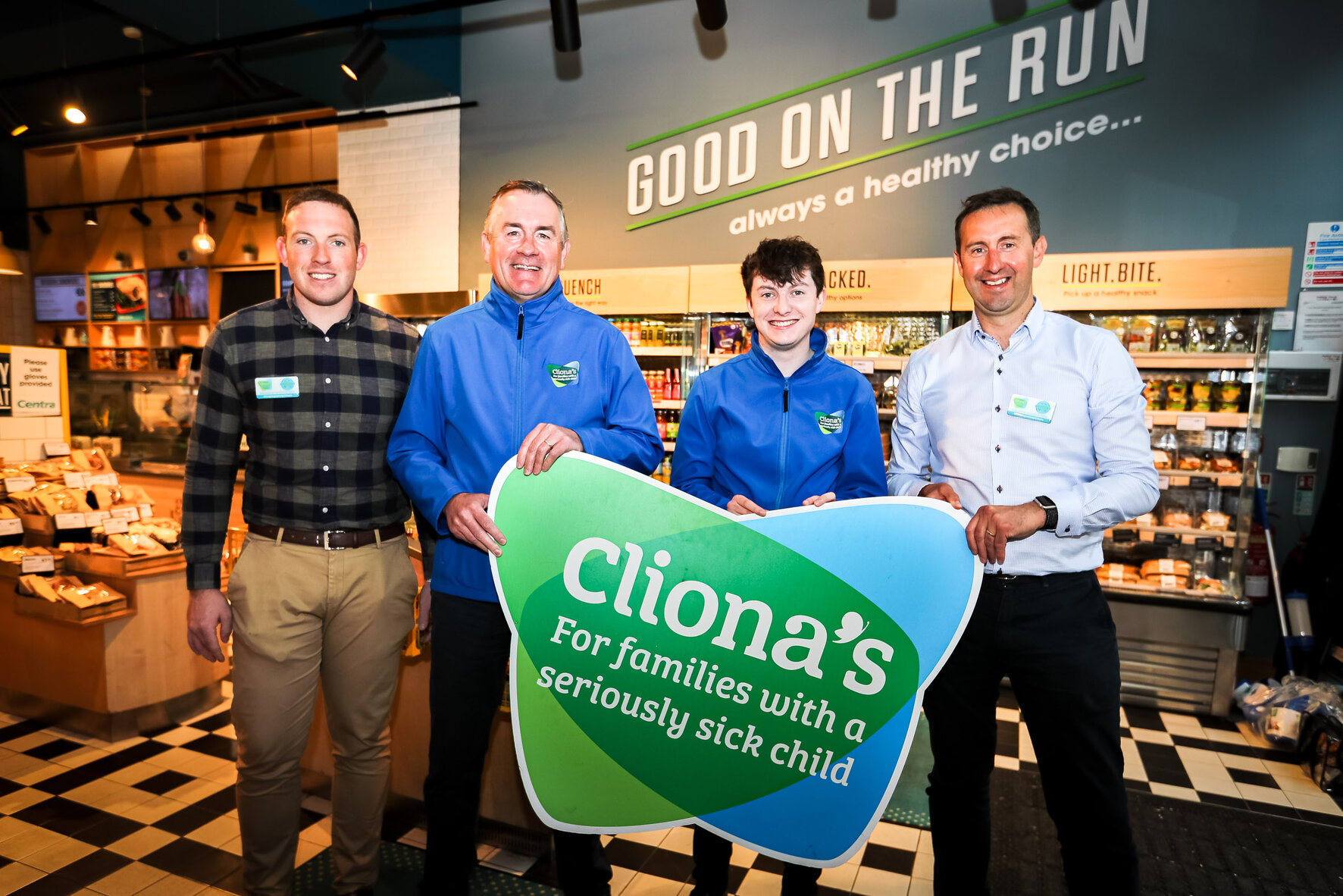 Limericks leading retail convenience stores, Ryans Centra Group has announced that they will be partnering with national family charity Cliona’s Foundation for the next 12 months. The partnership will focus on raising awareness of the work the Limerick-based Charity do but also to raise much-needed funds for the families of seriously sick children that Cliona’s support.

Ryans Centra Group has four stores in Limerick and for every tea/coffee sold in each store, the group will make a contribution to Cliona’s. In addition, the Cliona’s brand will be visible in all of the four stores, through in-store displays, in-store events and staff badges. The stores are located on O’ Connell Street, two on William Street and in City East.

“We are delighted to announce Cliona’s Foundation as our charity partner going forward,” said James Ryan, Director of The Ryan Centra Group. “As a father of three healthy children I can only imagine the emotional stress families are under, caring for seriously sick children, the additional financial stress must be just horrendous.”

“We would have been a small bit familiar with the work that Cliona’s do,” said James, “but when we listened to their ambassador Shane Dowling, who is our Operations Manager at Centra, speak about Cliona’s and how they have helped over 800 families over the past 13 years, we got a real sense of the huge need and of the impact of their support, so we looked at what we could do to help.”

Brendan Ring CEO and Co-Founder of Cliona’s said, “This really is a wonderful partnership for us and we are privileged to be working with James, Shane and all the team across the four stores. These are four very busy stores, so to have this visibility for Cliona’s is a wonderful opportunity with the added bonus of the contributions from each tea/coffee purchased.”

“Families of sick children really struggle with the hidden non-medical costs of having a sick child,” said Brendan. “We travelled that road with our daughter Cliona, having to pay for accommodation, travel, food, car parking and much more and it really is beyond stressful. We are the only Charity giving financial support to these families across Ireland. We receive no state support so partnerships like this with the Ryan Centra Group are a lifeline for our charity.”

Delighted to announce this partnership with the Ryan Centra Group Limerick and really appreciate their fantastic support.Increasing awareness and donation from every tea & coffee sold in each of their 4 stores. Read more here https://t.co/67LPaCadPz pic.twitter.com/zOmDP4CZwe

Shane Dowling, Cliona’s Ambassador and Operations Manager with Ryan Centra Group said, “It really is a three-way partnership between Cliona’s, The Ryan Centra Group and the Limerick public, who I am confident will get behind this initiative and make it a valuable partnership. So call in for your daily tea or coffee and know that you are making a real difference.”