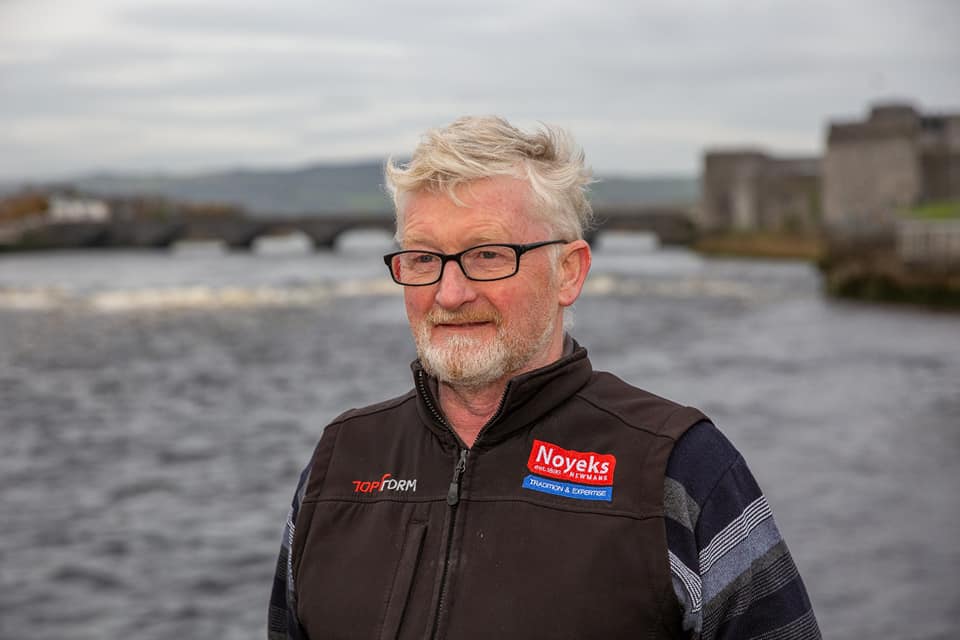 Sailor Pat Lawless has been around boats since he was a child and has already sailed over 10,000 miles solo

For the race, Pat will be sailing on the Saltram Saga 36

Sailor Pat Lawless is the only Irish entrant in the Golden Globe Race (GGR) 2022, which begins on Sunday, September 4, 2022, starting and finishing in Les sables-d’Olonne, France, where competitors will sail down the Atlantic from North to South.

The 65-year-old was born and bred in Limerick, where he was ‘reared in boats,’ learning to sail on the River Shannon and even built his first boat at the age of 12.

“From a young age, my father would bring myself and my siblings on the water rowing, sailing, and fishing,” he said.

Pat was originally a cabinet maker and then became a deep-sea fisherman for over a decade in the North Atlantic.

He has already sailed over 10,000 miles solo in his Saltram Saga 36, which is currently named, ‘Fulmar.’

He has sailed yachts, lasers and 420s, and takes part in club racing and participates in Round Ireland Races, as well as the Plymouth to Tenerife race. He has also sailed through the Arctic Circle.

“In 1992, I went to Iceland and purchased a 126′ fishing boat, named ‘Bylgja’, and passed through the Arctic Circle whilst rounding Iceland’s North Westerly Cape Horn on our way home. Another good memory as the Northern lights gave us a show that night,” he said.

As part of his preparation for the GGR 2022, he will once again sail through the Arctic Circle as he did over 20 years ago.

Sailing around the world is a common tradition in the Lawless family.

In 1996, at the age of 70, Pat’s father (also named Pat) finished a solo voyage around the world. The three-year voyage brought him to Portugal, South Africa, Australia, New Zealand, Chile, Ecuador, Panama, the Cayman Islands, and Florida.

Pat Jr’s brother Peter set off in August 2021 on a solo, non-stop, unassisted around the world voyage from Ireland and back to Ireland via the 5 Great Capes.

Peter is using a sextant and paper charts for navigation, which Pat also plans to use for the GRR 2022.

Pat is also planning on bringing his oil paints to the sea to capture the open sea on canvas in all its glory.

The race clock for the GGR 2022 will start on Sunday, September 4, 2022. If an entrant doesn’t start within 5 days of this date, they are deemed to have withdrawn from the race.

While entrants can seek shelter and anchor to make repairs, they cannot enter a port or receive materiel assistance during the race. Ships logs and celestial navigation notes will be scrutinized for compliance at the end of the race, and entrants will have to sign further declarations to confirm rule compliance during the race.

Entrants will be tracked 24/7 by a satellite, but will not be able to use this information unless an emergency arises. They can then open their sealed safety box which contains a GPS and satellite phone. However, by breaking the sealed box, competitors will be deemed to have retired from the GGR 2022 and will be relegated to the Chichester Class as if they had made a stop.

The I Love Limerick crew wishes Pat the best of luck in the Golden Globe Race 2022.

For more about the Golden Globe Race 2022 go HERE