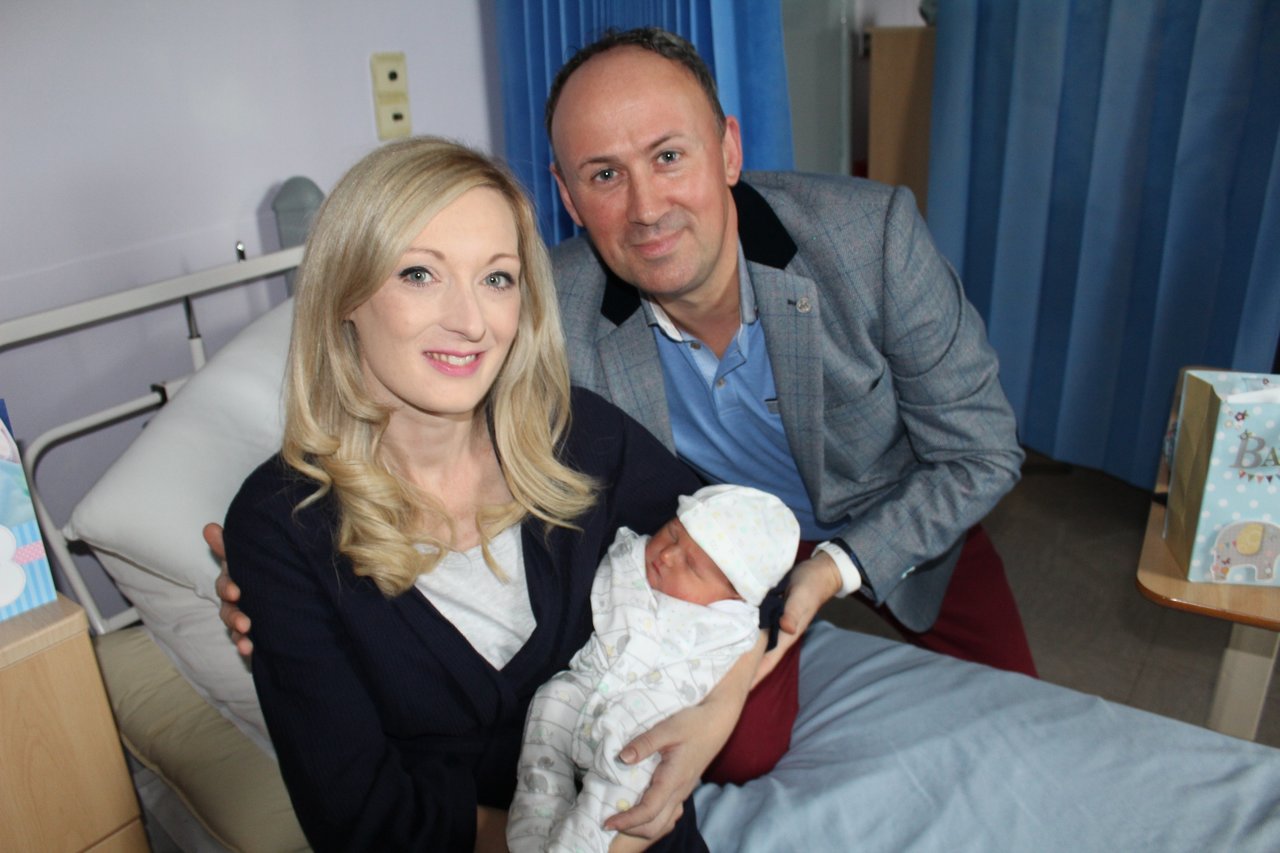 What are the Chances: Limerick’s Baby Sam Burke Arrives on Birthday of Both Parents

What are the Chances: Limerick’s Baby Sam Burke Arrives on Birthday of Both Parents

It was the happiest of birthdays for Jennifer and Dan Burke as their first-born Sam arrived into the world at University Maternity Hospital Limerick in the early hours of September 17th. Sam thus shares the same birthday as both his parents.

“It has happened before in the States and from what I have read the chances are 133,000/1. We would love to say we planned it but we didn’t,” said new dad Dan.

“I was scheduled to come in on the 18th for a section on the 19th,” explained mum Jennifer.

“He was due until Friday, the 21st but he was a breech and we had our plan worked out for the Wednesday. But he decided on Sunday night that he wanted to make an early appearance.”

“Because it was planned and scheduled for Wednesday, I was not expecting it all to happen so soon. I was a little in denial about the pains on Sunday and at that stage I was not even conscious of the date, only thinking ‘Oh my God it is happening’ and it was time to get to the hospital. Only when we got into admissions and the girls were asking me my own date of birth, she said to me ‘You do realise you are going to have this baby today as well?’” said Jennifer.

“Because of all the commotion we had actually forgotten it was our own birthday,” said Dan.

Sam was a healthy eight pounds and five ounces on delivery and both mum and baby are doing well. The Burkes live in Castletroy, Limerick, and together run Kelly Richards Printing on Roche’s Street. Dan is also an optometrist.

The couple wished to thank consultant obstetrician/ gynecologist Dr. Mark Skehan and all the staff at UMHL for their care and for accommodating Sam’s early arrival.

“Dr. Skehan was amazing,” said Dan. “He was not long after celebrating a special birthday of his own when he came into us on Monday morning. He and all of the staff here were absolutely brilliant. They are all on message at six in the morning or whatever time you come in. From the girls in admissions to the anesthetist and everyone in theatre to the wards afterwards, everything all along was checked and double-checked to make sure everything went well.”

“Everything went seamlessly and we are really grateful for the brilliant work that is done here,” added Jennifer.

Dr. Skehan commented: “It’s the first time I have ever seen a whole family with the same date of birth before. It’s going to take a lot of celebrating.”