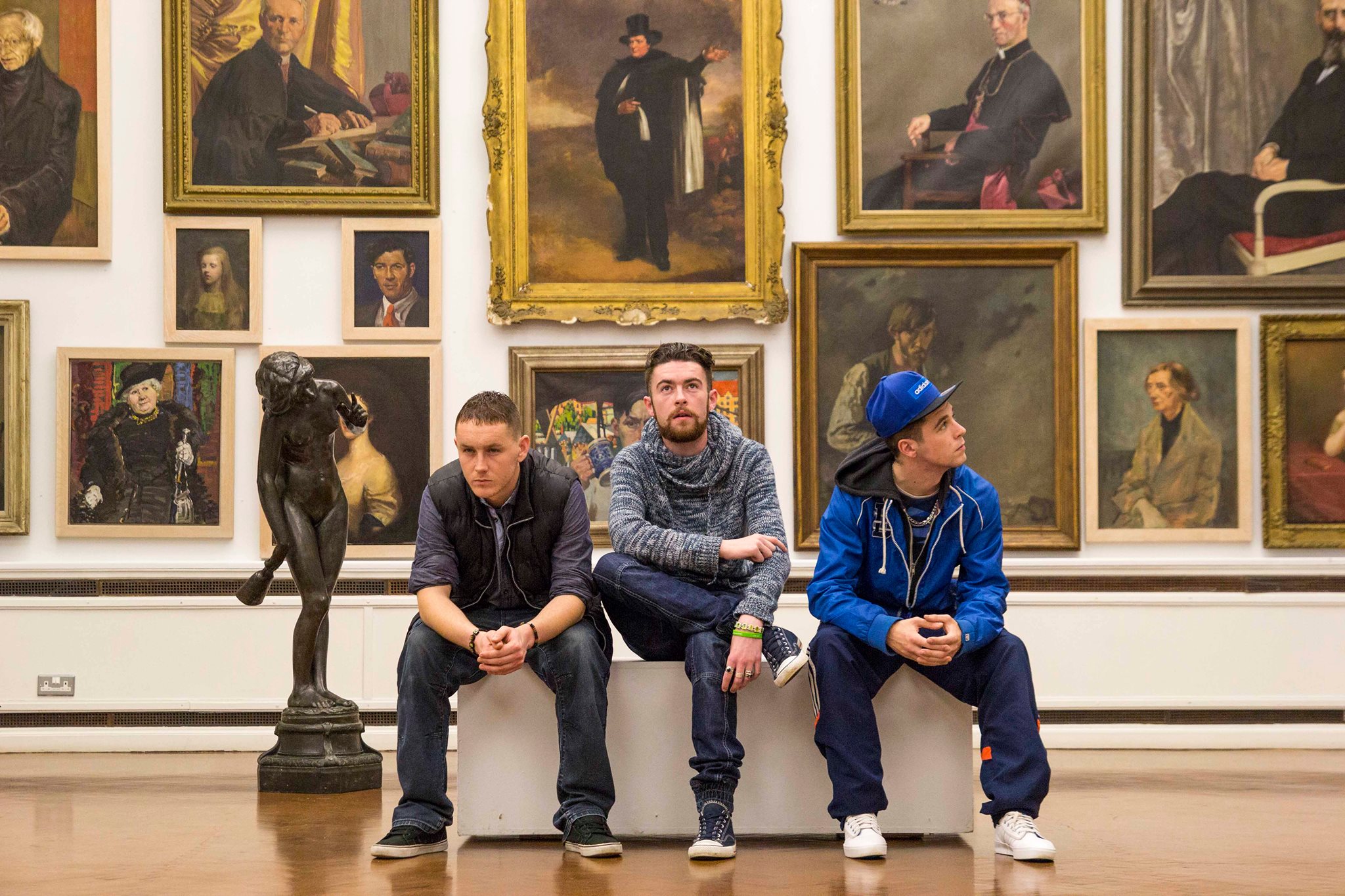 The Island Field natives first came together as a group back in 2013 where they practiced “in coal bunkers and sheds” explains Same D4ence.

Exclamation Marks deals with issues in our current generation such as housing problems, unemployment and the ongoing rise in suicide rates.

Same D4ence then began rising to prominence in 2014 when they performed at the hugely popular hip-hop extravaganza, Make a Move Festival.

The trio has been performing on a regular basis, performing many gigs in and out of Limerick City, including Dolans and The Blind Pig in Limerick, Bru Bar in Cork, and festivals such as Scrobarnach and Electric Picnic.

The groups’ music video for the track, “A Beauty Named Shannon” from their EP Basic Instinct has been widely recognized nationwide and deals with issues close to home.

A Beauty Named Shannon was “created to bring light and explain the suicide that occurs so much these days and the dangers of the river” explains Same D4ence.

This deeply moving track boosts positive mental health and encourages anyone thinking of taking their own life to take a step back and think about the implications of their actions.

The hip-hop trio is set to play in the second installment of the hip hop event, Boombox Nation in Molly’s nightclub this August 19.