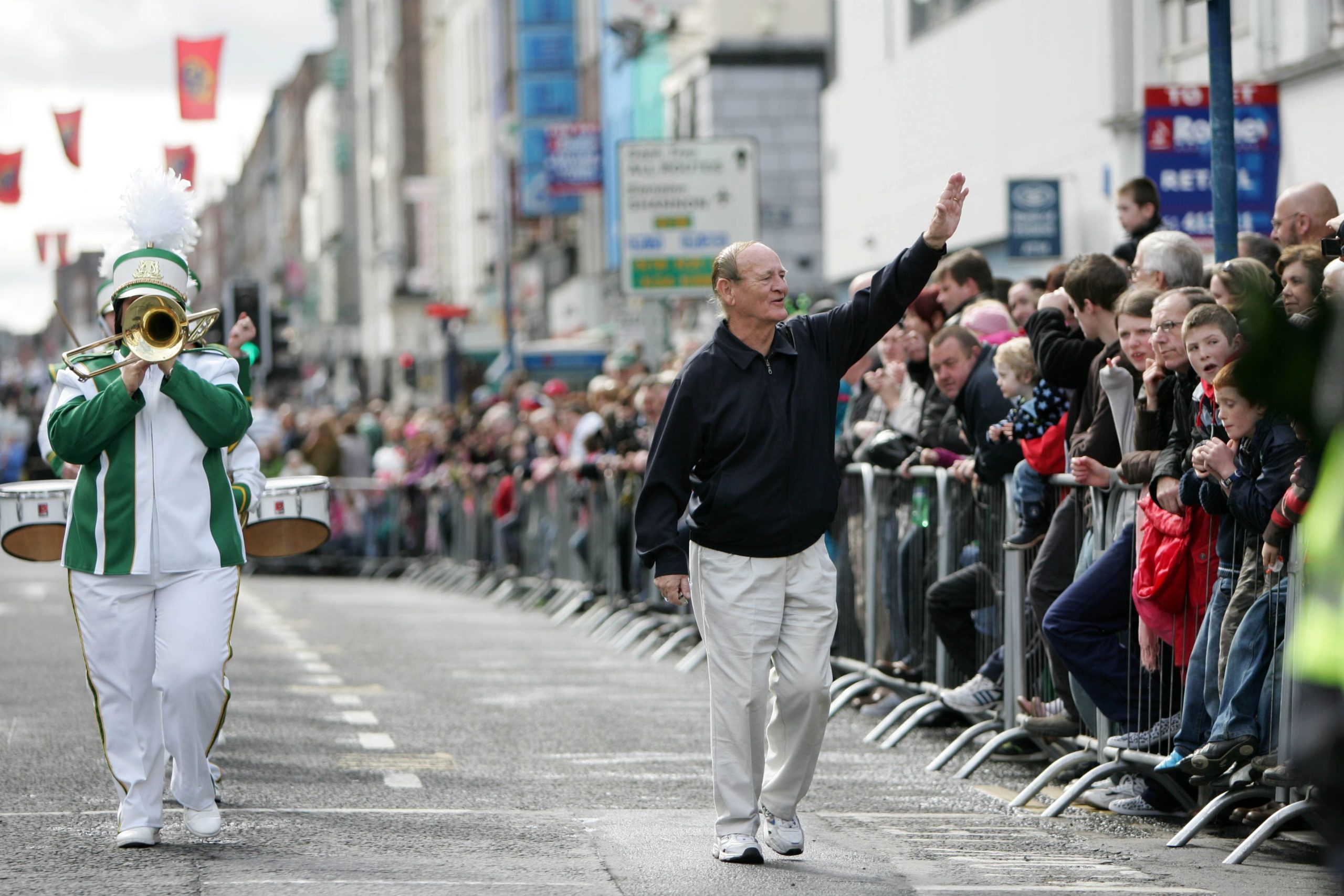 Leader of the band – A tribute to Sammy Benson

The sad news broke this Easter Sunday, April 12, 2020, that Limerick music legend Sammy Benson had passed away at the age of 85. Though we are shocked and saddened by this loss, Mr. Benson leaves a valuable musical legacy, as his passion for band music was bestowed upon the hundreds of children and adults that he taught throughout his lifetime, and his undeniable talent and love for music was infectious.

Mr. Benson was always destined to be a musician, joining his first band at the age of 14 after learning how to play almost every instrument while growing up next to the Boher Boys band hall. Sammy went on to found the Limerick City Brass and Reed Youth Band in 1974, originally known as the Boherbuoy Youth Band. Along with his brother Christy and fellow musician Bernie Heffernan, hundreds of children were taught music, and throughout the five decades since, Sammy and his band traveled the world representing Limerick at St Patrick’s Day parades all over the world.

Sammy and his band were a regular participant in both the Limerick St Patrick’s Day parade and the International Band Championships, which saw Limerick City Brass and Reed Band win several awards over the years. Mr. Benson himself was named Limerick Citizen of the Year in 1998, as recognition of his work which gave so many young people the opportunity of musical training, free of charge.

Sammy Benson will certainly be remembered as a musical icon and legend, as his eternally youthful soul and kind heart will be greatly missed.

“It is with broken hearts that we hear our dear pal and bandmaster Sammy Benson has passed away. Our condolences go to his wife Dolie, daughter Marian, sons Sam, Ed and Pat, extended family and many many friends. Thanks for the memories Sam and thanks for the Music. You will be sorely missed,” read a post from Limerick Brass and Reed on Facebook this Easter Sunday.

Sammy Benson pictured in 2007 at the door of his Dental Repair Service business.

I Love Limerick’s own Richard Lynch had the opportunity of interviewing Sammy in 2008, as they discussed the Limerick City Brass and Reed Youth Band, and his lifetime of passing on his love for ‘big bands’ to children and adults alike.

When Richard pointed out Sammy’s ‘legendary’ status in Limerick, he laughed, saying, “I’ve been around for a long time alright. I was born in Brown’s lane next to the Boher Boys band hall, and nearly everyone in the lane was a musician, including my father.”

He pointed out that the scene changed for so-called ‘dance bands’ in the late fifties. “The showbands came in, and the dance bands weren’t required anymore,” he says. In the meantime, he played on with the Boher Boys band and noticed a lot of interest among local children. Reminiscing on the humble beginnings of the Limerick City Brass and Reed Band, Sammy said, “I’d give them a hand and said if they were really interested I would teach them. I started out with about twenty kids, and had them marching up and down Edward St. I must have had 70 to 100 kids at one stage, and together with my brother Christy and Bernie Heffernan we decided we were going to do it properly. We built a hall in Caledonian Park. I borrowed £30,000 for it, I could have bought six houses with that.”

In 1979 Sammy took the band to America. “That was a great tour, we had 65 kids. When I said I was going to America I had to lock the gates to keep out all the kids that wanted to come,” he laughed.

A particular highlight for Sammy was the 1990 St. Patrick’s Day parade in New York, when the band finished second overall in the competition.

These were good times for the Limerick City Brass and Reed Band, but it wasn’t all plain sailing. Their band hall was hit with ongoing vandalism during this time, after being broken into 27 times. The final straw was an arson attack in 2002, and Sammy was devastated to hear the hall had been burnt to the ground.

“I had bought a full set of instruments and uniforms and they were totally lost,” he recalled. But the band prevailed, as Sammy added, “We got a loan of a hall one night a week, and we raised funds for a new set of instruments thankfully.”

Despite the attacks on the band hall which he had invested so much of his own time and money into, Sammy did not lose his enthusiasm for music at any stage during his life. “My love for the music has not waned at all. I’m dead keen and interested, and prepared to do anything that has to be done to get a band out,” he said. And that he did.

Sammy Benson is survived by his wife Dolie and his four children Marian, Pat, Sam and Ed. Hundreds of neighbours and friends lined the streets on Tuesday, April 14 outside the Corbally home of the band leader to pay their final respects to the renowned musician. As the funeral cortege passed his home at Janemount Park, the streets were lined with people clapping as they said farewell  to the Limerick music legend.

The Mayor has announced that a special prize will be presented at next year’s International Band Championship to the best Limerick band to recognise Sammy’s unique contribution to the musical and band life of Limerick.

We express our deepest condolences to the family of Sammy Benson, may he Rest in Peace. 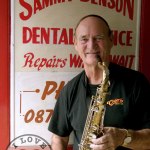 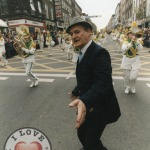 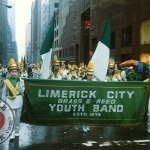 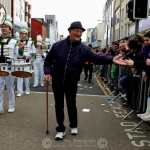 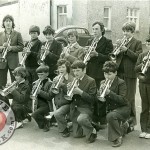 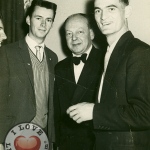 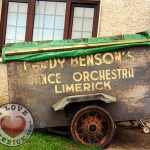 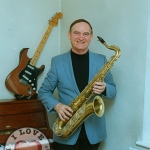 For past stories on the Limerick Brass and Reed Band click here.