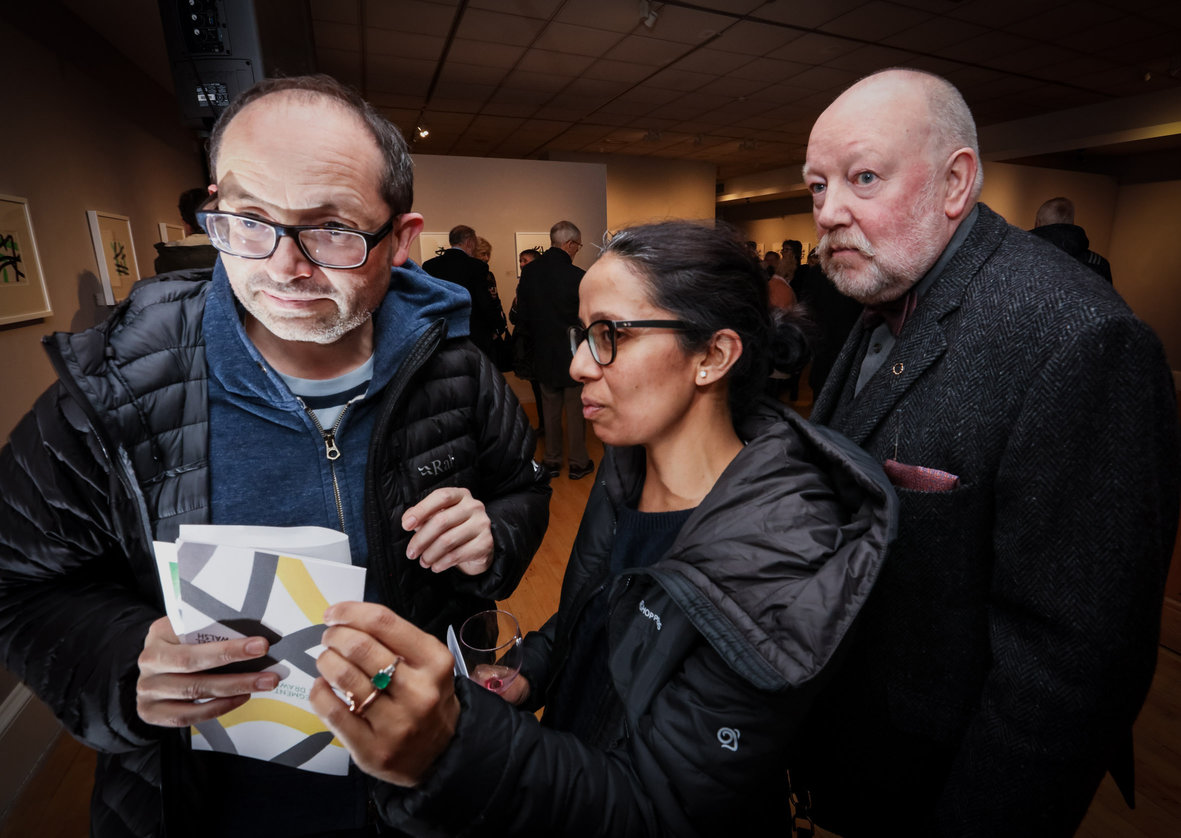 The Segment & Apple Drawings, a Samuel Walsh Art Exhibition, officially opened by Dr. Edward Walsh at The Hunt Museum on the 2nd of February, 2018.

Samuel Walsh has been a practicing artist since 1977, and now lives and works in Co. Clare, where his work continues to revolve around bold shades and shapes. Walsh has become one of the country’s leading abstract artists.

In pursuit of the idea that scale does not diminish discipline value; Walsh’s Segment drawings are taken from larger drawings which themselves come from thumbnail-sized sketches. He has been producing his Segment drawings since 2008 and has now completed 133.

This ‘pursuit’ implies an unattainability interspersed with the occasional distraction, such as the Apple, which was welcomed by the artist. Walsh would often demonstrate drawing techniques to students and others, and often used an apple as the subject matter.

For years Walsh used ink, liquid acrylic or water added to gouache in many of his drawings. This would involve a large brush but Walsh toyed with the idea of using a rigger, a fine line brush used in the 18th and 19th century to draw the riggings on paintings of sailings ships. To practice with this brush, Walsh decided to draw one apple a day in ink for 10 days.

This Samuel Walsh Art Exhibition brings Samuel Walsh’s Segment and Apple drawings into one space. The artist brings aspects of upbringing, culture, experience, and relationships into the creation of his art. Despite it not always being apparent in the work, those aspects are there if only in a subliminal way. Walsh doesn’t always represent the world but he still lives in it and asks the difficult questions, translating ideas into two-dimensional form and distilling thoughts into concrete examples.

For more information on the Hunt Museum click here.