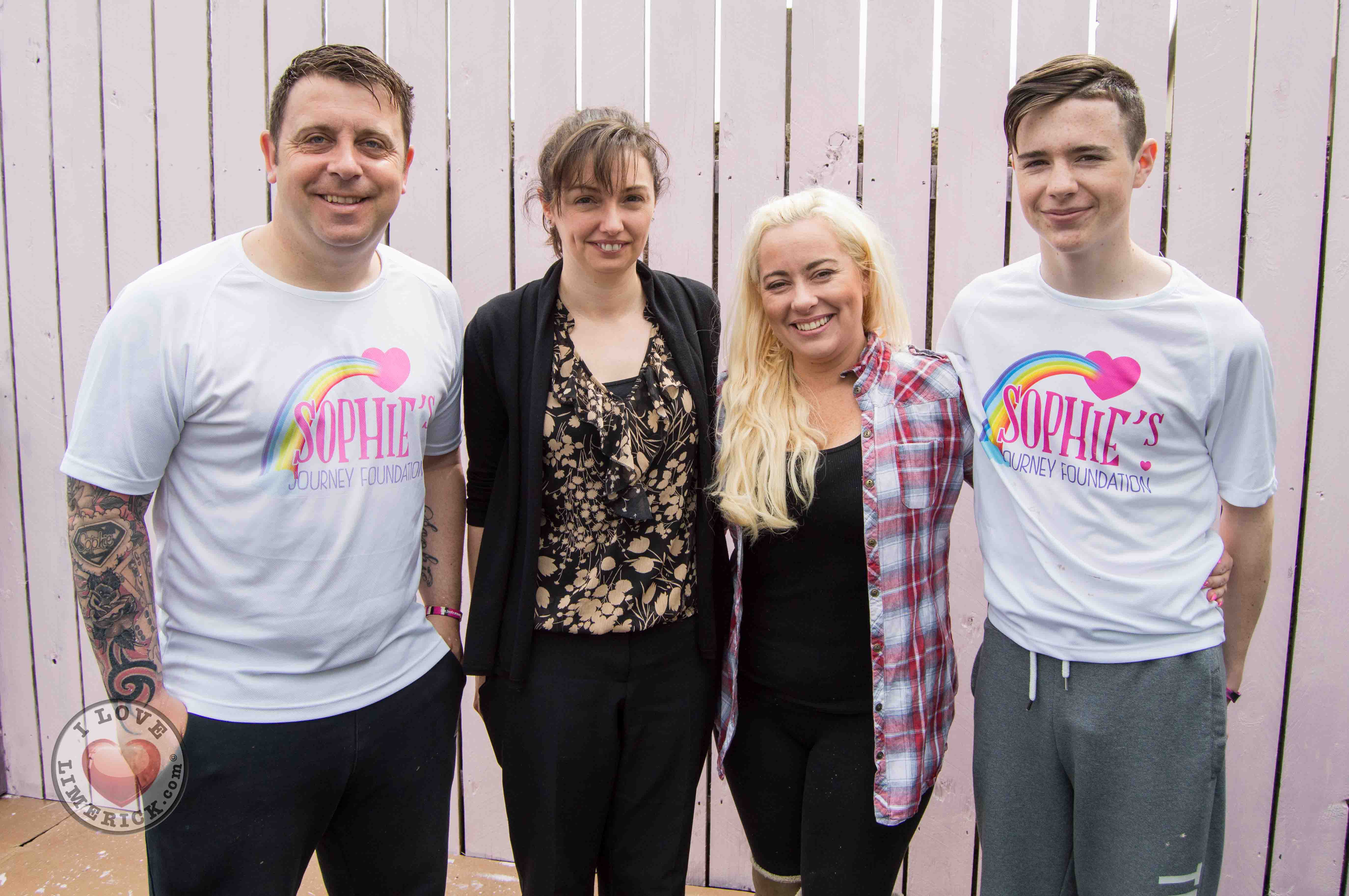 Sophie Mulcahy, a brave little girl who lived in Rhebogue, had the genetic condition 1q43, one of only 40 known cases in the world and she passed away on October 23 last year. Sophie was born in 2006 and was immediately transferred to Crumlin cardiac ward where she underwent six heart operations within six months. Sophie’s genetic condition 1q43 had left her unable to walk or talk but she had her own unique way of communicating with her loving family. Sophie was a student of St Gabriel’s in Dooradoyle and her dad Liam had founded the charity Cycle 4 Sick Children and worked tirelessly to raise funds for children who, like Sophie, suffer with a serious illness. Sophie’s Journey Foundation was founded in 2014 in aid of supporting respite care for children. Sophie touched so many lives and she brought the best out in so many people.

On Wednesday June 4, Liam and his beautiful wife Stacey along with the help from volunteers took to San Joseph Children’s Respite Centre to paint the back garden area in memory of Sophie. This area is an integral part for the centre as it is where the children spend a lot of their time when the weather is good. The paint job brought a new lease of life to the garden, brightening the area up.

Painting the garden was something they wanted to do last year but when Sophie became ill it was then put on the back burner. They didn’t want to leave it so they came back to it because they knew the kids would benefit from it. So when they knew they were strong enough to complete a project like this and they had the resources they were delighted to complete it.

Liam said “It’s unfortunate that we are coming back to do it in her memory and not as a project but we are delighted to do it as a family and to be surrounded by friends. It has a goodwill factor to it in the sense that many kids are going to benefit from this and because we are doing it in memory of Sophie it feels even better. We had great support locally from Homebase, D.I.D Electrical Store, Richard Lynch from I Love Limerick, and all the volunteers that helped out with the painting of the centre.”

San Joseph Childrens Respite Centre is where Sophie spent her time when she was ill. San Joseph incorporates a holistic approach to care but provide it in a safe and homely environment. San Joseph is a four bedroom house and host up to five beds. They take care up to 40 patients and they are opened 24 hours all year round. They take care of all the children’s medical needs and make sure the can integrate to the world around them.

Michael Hunt said “We try to have the children outside as much as possible so having the garden painted here today is greatly appreciated.”

Related Topics:charitycommunitySophie's Journey Foundation
Up Next