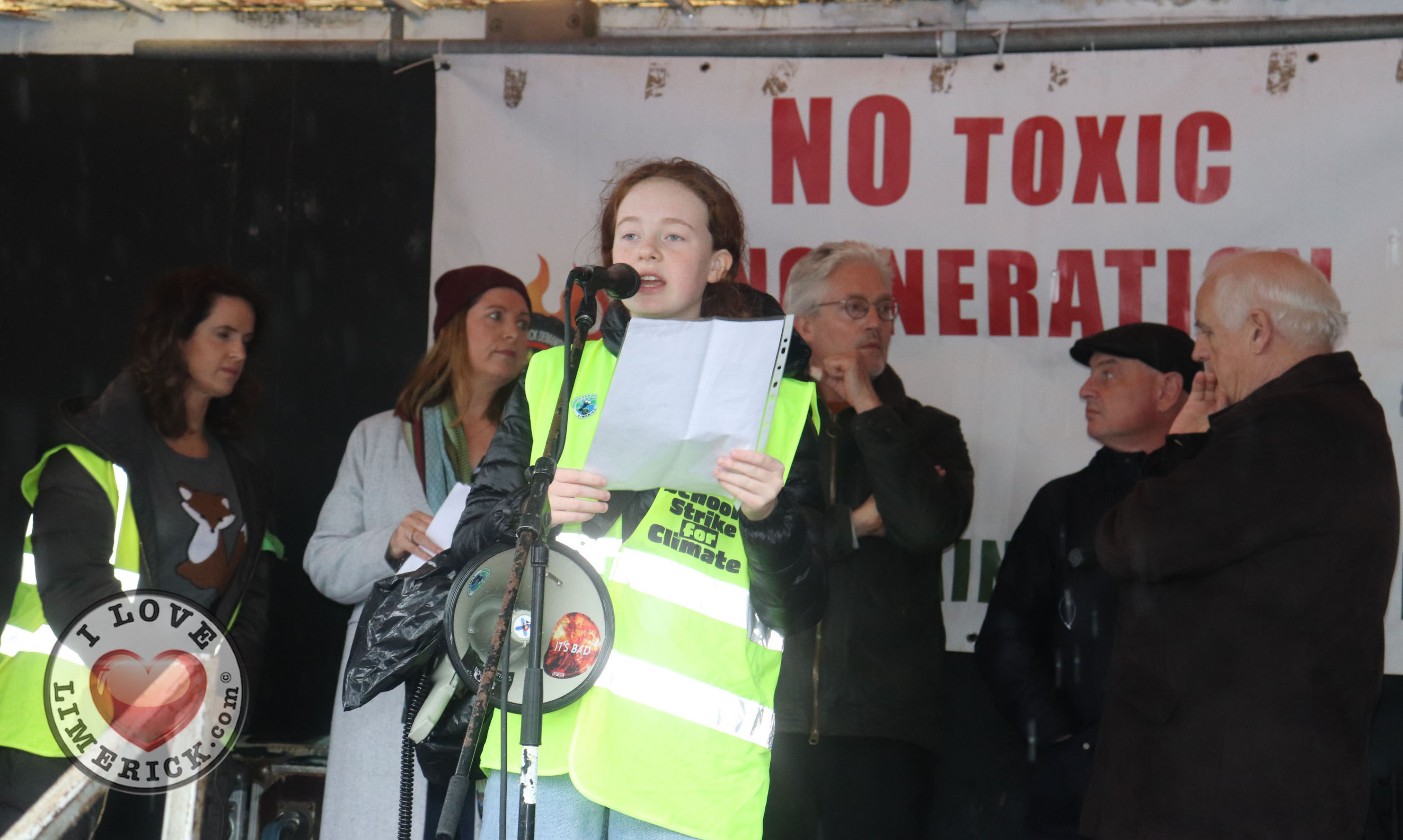 Saoirse said she felt very honoured about being nominated. Her work with the Fridays for Future Limerick is impressive and the project is part of a global initiative that encourages students in every education level to strike in front of their local government buildings.

The Fridays for Future movement was started by sixteen-year-old Greta Thunberg from Sweden spoke out about the lack of action from world leaders and governments in relation to climate change and began striking from school. Greta has since inspired others and started an international movement.

On September 20, 2019, a Global Climate Strike was held in Limerick and over 1,000 people joined Saoirse and fellow Friday for Future Limerick representatives in protest.

On Saturday, October 5 Limerick Against Pollution held a ‘March for Our Lives’ protest. Thousands of Limerick citizens, businesses and politicians took to the streets in protest of the Environmental Protection Agency’s (EPA) decision to allow Irish Cement to burn 90,000 tonnes of waste in Mungret.

Saoirse was a key speaker at the protest and spoke to ilovelimerick saying that, “the environment issue is about life and death. It is climate justice, we have to respect everyone, we have to respect people, but our government keeps ignoring us for too long and now we need to stand up and fight back. I think it is incredible that so many people are here, I am excited because I know changes coming, and we will be here to face the change.”

Saoirse and Fridays For Future Limerick will continue to protest outside Limerick city hall until significant action is taken from the government. You can join them every Friday from 9 am to 3 pm and follow the Fridays for Future Limerick Facebook page for updates.

“We are being ignored, as the people. Our air is being put in jeopardy. I think it’s ridiculous that we actually have to protest today, I’m angry, I’m still in shock that this is allowed to go ahead. I’m here as a climate activist on behalf of Fridays Future Limerick because this is climate injustice. I want the EPA to do what it says it will do and protect our environment,” she added.

For more information on the Fridays for Future movement click here.