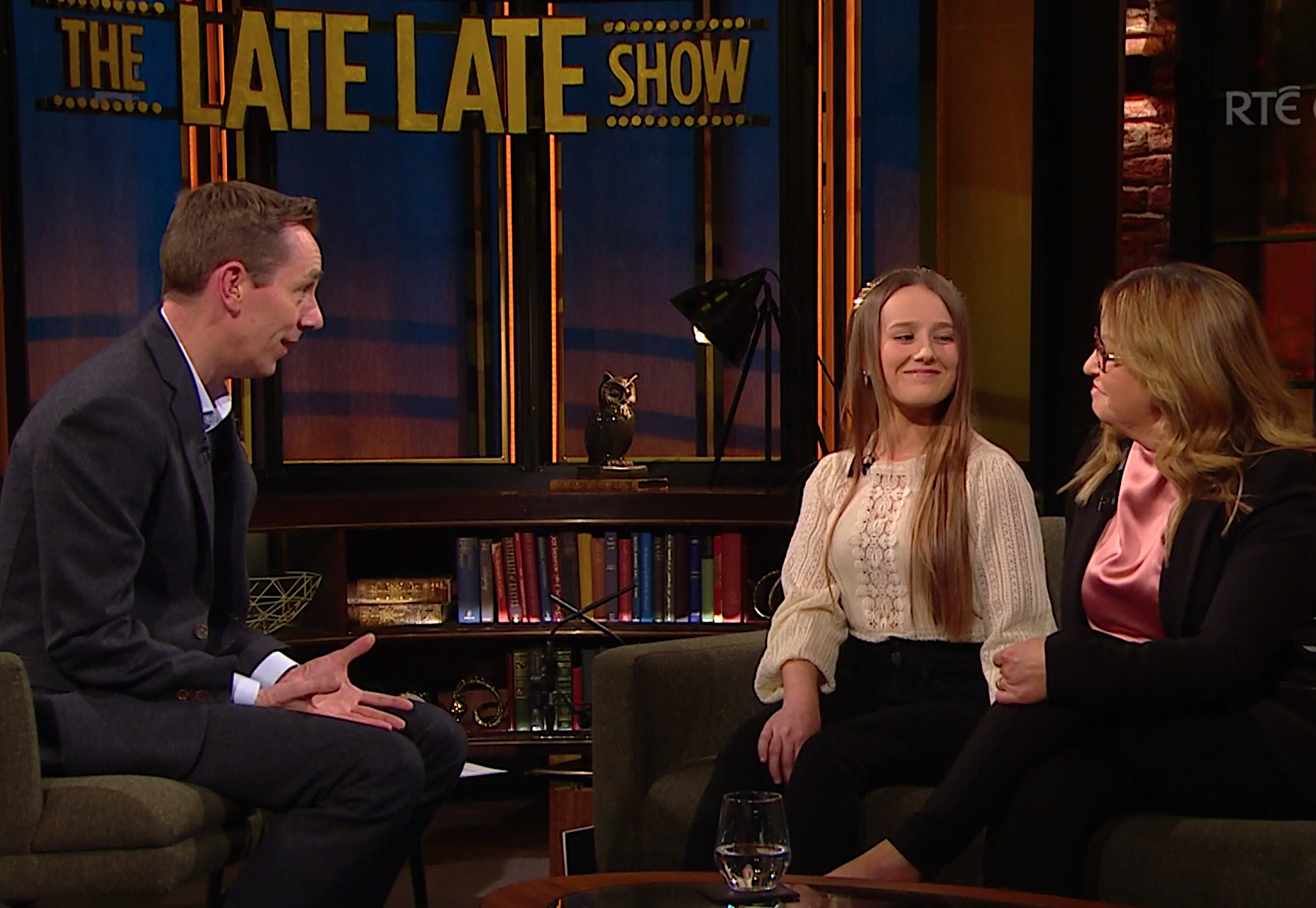 By I Love Limerick Sophia DiBattista

Sarah Corbett Lynch, the author of Noodle Loses Dad, appeared on the Late Late Show on January 24 to discuss her book series called the Boogawooga Series.

Lynch’s stepmother, Tracey Corbett Lynch, accompanied her on the programme. She discussed how the tragic losses of both Sarah’s parents affected the young girl but inspired her to write.

Lynch wrote her first book, Noodle Loses Dad, as a result of her father’s murder in 2015 when she was 8 years of age and her brother, Jack, was 10. She lived in North Carolina at the time, but both she and her brother moved back to Limerick where they currently reside.

Before her father’s death, her mother died when Lynch was only twelve-weeks old.

Ryan Tubridy, host of The Late Late Show, and Sarah Corbett Lynch posing for a photo.

Tracey Corbett Lynch talked about how writing became her lifesaver. She said, “Writing is a form of therapy for Sarah to express how she feels about the experiences she’s had. She expresses her experiences through the medium of her characters and she writes about losing her parents and then becoming part of a blended family.”

“It’s a way for her to turn a sad situation into something inspirational for others who have gone through or will go through their own loss,” she added.

Throughout her life, Lynch faced many somber moments, and the lasting trauma affected her both mentally and emotionally. She commented on her time in counseling saying, “I think a lot of people feel a bit ashamed or a bit like they can’t talk about it but it’s the same thing as going to the dentist if you have a sore tooth.”

She believes that no one should feel ashamed of needing therapy or counseling to deal with troubles. Emotional support is a key aspect in the healing process, and counseling provides that.

From all these experiences, Lynch has grown in courage and talent. Now, only 13 years old, she aspires to be a writer, singer and actress. Alongside these dreams, she hopes people find solace in her books, as she did with writing, to present them with an escape from difficult situations.

She said, “It basically helped me feel less alone, so I began to write about my experience through my stories.”