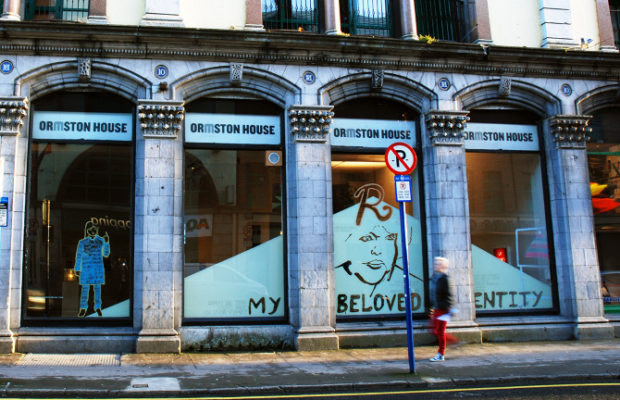 Save Ormston House and keep the heart of culture and art in Limerick. Ormston House Cultural Resource Centre has been offering a number of artistic and cultural exhibitions and events since 2011 and it encourages active participation in the arts.

Ormston House, a cultural and artistic hotspot in Limerick City could face closure as it was revealed last week by its board of directors.

Ormston House Cultural Resource Centre is run on a voluntary basis and the center has been offering a number of artistic and cultural exhibitions and events since 2011 with encouraging active participation in the arts.

However, Ormston House’s board of directors said it is now “operating on a precarious and uncertain basis” as the building is being sold on the open market, and there is a lack of funds to match the market price of the site.

If Ormston House is closed, then Limerick might face with the loss of culture. Mary Conlon, the Co-Director of Ormston House said that losing Ormston House would be disappointing not only their volunteer team but also impact artists and communities that they support.

Mary said “ In our short history, Ormston House has delivered hundreds of free events and worked with over 300 artists at different ages. In 2018, we are very proud to host ten of Limerick City’s finest festivals to offer a diverse range of experiences from international food tastings to local hip-hop culture. ”

#OrmstonHouse has been a friend & supporter of @LimerickJazz for many yrs. Together we have hosted a number of #MusicForKids WS in the space. It would be impossible for @LimerickJazz to offer its programme of events w/o the support of venues like @OrmstonHouse#SaveOrmstonHouse pic.twitter.com/EnVvMvWTEZ

“We are currently booked through until the end of 2018 so there is a clear need for a flexible cultural space that can host, support and foster arts and creativity in the city. It is important to say that Ormston House is an open and intimate space – it is a space for everyone – whether you want to visit an exhibition, try a hands-on workshop, or just call in for a cup of tea and a chat,” she added.

The public is urged to save Ormston House in order to keep the heart of culture in Limerick City. The twitter topic “#saveormstonhouse” has been popularized and brought the situation of Ormston House to the public’s awareness.

“The public response has been amazing! We are so grateful to everyone who has shared what Ormston House means to them. People locally, nationally and internationally have voiced their support to safeguard Ormston House and to articulate the expanded value of the arts. We have learned from other cities that culture and quality of life are equally important to economic regeneration. There is now an urgency in securing our tenancy – we could lose this space. We are heartened by and welcome the commitment of Limerick City and County Council and our elected representatives to work with us to keep this unique place for the city. We will have a board meeting in August followed by a public meeting to discuss our future with our supporters.” said Mary Conlon.

Limerick Senator Maria Byrne said that she has written to the Minister Culture, Heritage and the Gaeltacht, Josepha Madigan concerning the sale of Ormston House. Senator Byrne pointed out that it is so important to save Ormston House as “this building is kept as a space for artists.”

Limerick Mayor of Metropolitan, Daniel Butler also urged to save the Ormston House for cultural and artistic groups.

I have written to my colleague the Minister for Culture, Heritage and the Gaeltacht @josephamadigan regarding the sale of @OrmstonHouse.
It is so important this building is kept as a space for artists and I will be engaging further with the Minister on this.
#saveormstonhouse

Further meeting this morning in relation to @OrmstonHouse and possibly this afternoon. Doing all I can to gain clarity and hopefully progress around the matter. Will know more this evening or tomorrow morning.

1,853 signatures were received on an online petition on Sunday, July 29 for pledging support to save Ormston House Cultural Resource Centre to keep the cultural center for Limerick city.

@OrmstonHouse provides space and support in an economy where it isn’t always easy to be a creative person. They support the community with such passion and spirit. We need this place. https://t.co/gP3NQrr2sX via @UpliftIRL

Limerick City and County Council had agreed on a sale for units 9 and 10 on Patrick’s Street in 2016 but later but later unit 11 was included. It is understood that Ormston House raised €150,000 through philanthropic sources and €125,000 was put forward by the council.

A digital petition was uploaded on My Uplift website after the Ormston House announced the possible closure. The potential buyer is still unknown but the deal is expected to close within the next two weeks.

A digital petition was uploaded on My Uplift website after the Ormston House announced the possible closure. The potential buyer is still unknown but the deal is expected to close within the next two weeks.