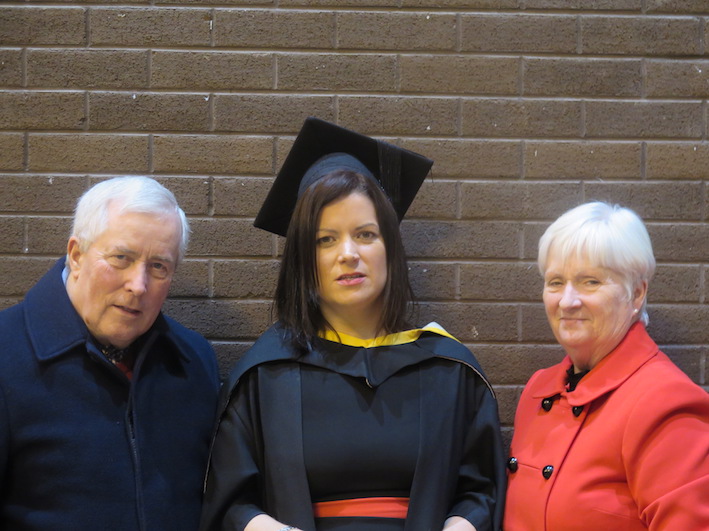 Fundraising Begins for Save Our Sarah Lifesaving Treatment

Save Our Sarah lifesaving treatment fundraising in the process. Sarah pictured above with her parents.

Fundraising Begins for Save Our Sarah Lifesaving Treatment

For over 15 years, Limerick woman Sarah McInerney has been ill and has experienced a variety of symptoms treated in isolation by a variety of consultants at a mild to moderate degree. It was not until 2017 these cluster of conditions were recognised to be multiple sclerosis when a neurologist became involved.

A late diagnosis of MS and lack of treatment for the disease specifically has allowed the disease to progress rapidly. The past four years a variety of symptoms increased as did their intensity. In September 2017, the condition deteriorated at an aggressive rate with the addition of new symptoms and the intensity of old issues amplified. In December 2017, Sarah was struck with an acute flair causing her to lose the power of her legs. With medical treatment, she now has regained leg function with constant leg pain remaining. She has a broad variety of daily symptoms that have now moved from relapsing to permanent symptoms. This affects daily functioning considerably.

A new committee has been formed to raise funds to send Sarah, originally from Corbally to Moscow for life-saving treatment. After recently been diagnosed with MS and the discovery of 13 brain lesions, the Save Our Sarah charity was formed and proceeded to set out their fundraising objectives. it was decided a target of €70,000 is needed to send the young mother for life-saving treatment.

Dorothy Quinn Chairperson said: “The first two fundraisers are to take place in March, first is our Table Quiz and Auction which takes place on Thursday, March 8th at 8 pm in the Shannon Rowing Club and the second event is our 80’s Night on Saturday, March 24th at 8pm and again the venue is the Shannon Rowing Club, tickets for both events can be pre-purchased on Eventbrite.ie or at the door. This is just the start of our vigorous campaign to secure the relevant funding”.

“The McInerney family from Corbally are well respected within the community, both Sarah’s parents Ger and Teresa and her siblings Eddie and Christy would be well known across the City for their endeavours in volunteering, community work, and sporting attributes.”

Sarah’s father Ger McInerney said, “Unfortunately, we were in Lanzarote when the bad news filtered through, my wife and I are completely devastated, finding out that your daughter has been diagnosed with multiple sclerosis (MS) is surreal.

However, the support we have received has been phenomenal from family members, friends, and neighbours. I would like to thank everyone who has donated so far, your kindness and generosity have made an impact on a person’s life.  To give my daughter an opportunity to prolong her quality of life, much-needed funds are required to secure treatment in Russia.  Unfortunately, the treatment is not available in Ireland; I would appreciate if people would consider donating online to the Sarah McInerney GoFundMe page or at the Permanent TSB on O’Connell Street”.

To donate to Save Our Sarah, go here.

For more stories on life-limiting illnesses that need your help, go here.