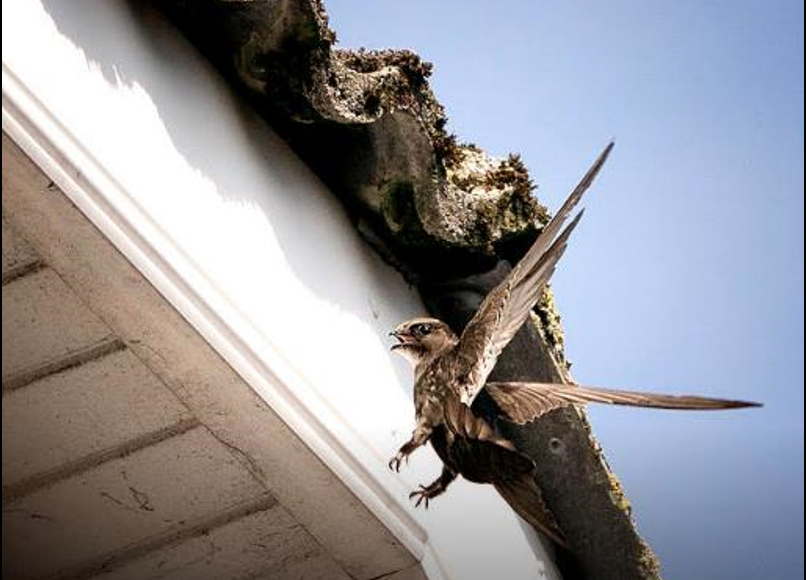 New multi-stakeholder conservation project to save Swifts underway in Limerick

New multi-stakeholder conservation project to save Swifts underway in Limerick

An ambitious multi-stakeholder led conservation project to save Swifts – a small migratory bird is underway in Limerick. Swifts that weigh as little as a Cadbury’s Cream Egg are fascinating birds; they are built to spend most of their lives in constant flight, only ever landing to nest.

A project that aims to entice these high-flyers to stay briefly and breed in purpose build nest-boxes at five locations in Limerick City is underway.

Swifts have declined by approximately 40% across Ireland in the last 10 years and have moved on to the RED List (highest level of conservation concern) in the recently released Birds of Conservation Concern in Ireland 2020-2026 (4th edition). Once common in Limerick City, returning to nest each summer in small recesses in occupied and derelict buildings, the numbers of Swifts have dropped, mirroring national declines.

The new nest boxes have been installed at: The Hunt Museum, St Mary’s Cathedral, Limerick City and County Council, Merchant’s Quay, King John’s Castle Exhibition Centre and the Louvres of St Michael’s Church on Barrington Street with a total of 39 possible individual nests for the newly arrived birds to use.

The explanation for the unusual birdcall which can be heard at these locations is explained by the fact that each of the five sites has a National Parks and Wildlife Service licenced lure. The lure emits the sound of the Swifts call, attracting birds to the site. This increases the chances of attracting ‘first-time’ nesters to the sites. The volume on the lure is on a timer and set to normal birdsong levels.

Mayor of the City and County of Limerick Cllr Michael Collins welcomed the project: “Great credit is due to all of the organisations involved, and I wish this collaborative project every success and hope that a new generation of Limerick Swifts will fledge in the summer of 2021”.

Ricky Whelan, Urban Bird Conservation Officer with BirdWatch Ireland, said: “Swifts only need to land to breed. They are summer visitors to Ireland from Southern Africa, arriving in May and remaining until early September. We cannot be sure that the nest boxes will be occupied this year, but fingers crossed will occupy them in years to come. With wildlife projects, you always need a little luck.”

Limerick Branch of BirdWatch Ireland, Maura Tuner, added: “We are thrilled to have helped get this project underway and look forward to monitoring the nest-boxes over the summer of 2021. It may take a number of years for the Swifts to take up residence, but we are committed to the cause and will keep working to conserve Limericks breeding swifts.”

Helen O’Donnell from Limerick City Centre Tidy Towns said: “A Swift nest box project was recommended in our 2019 Tidy Towns Report. We would like to give a particular mention to St. Mary’s Men’s Shed for building some of the boxes that are installed in St. Marys Cathedral. It is just wonderful to see a project like this come to fruition. Now, let’s hope the swifts like what has been built for them.”

As part of the Limerick City Swift Nest Box project, the Council’s European Green Leaf team, along with the successful quoting contractor MP Joyce Contracting, Patrickswell, will be compiling a case study on the project, which will allow other buildings in the city to build in Swift nest boxes as part of routine renovation works or as new builds.

For other Nature stories, go HERE

An ambitious multi-stakeholder led conservation project to save Swifts – a small migratory bird, is underway in Limerick. The aim is to entice these high-flyers to stay briefly and breed in purpose build nest-boxes at five locations in Limerick Cityhttps://t.co/6r1UtxK7UP pic.twitter.com/iXSrfUlOzm