By Richard Lynch on March 4, 2019@richanthon 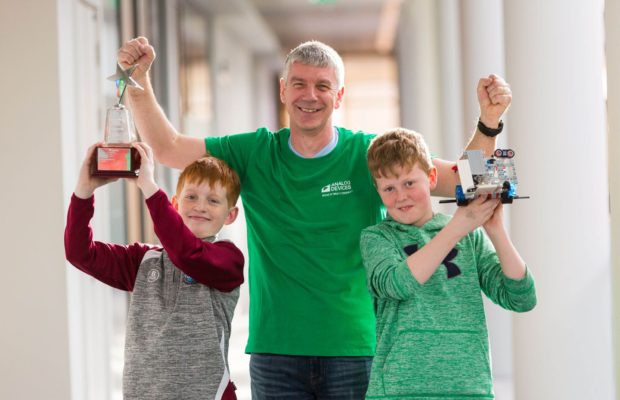 As Engineers Week kicked-off nationwide, teams of 10 to 12-year-olds from 32 schools across Limerick city and county gathered in Analog Devices early on Saturday morning to build their own robots before entering the ring and pitting their robotic creations against each other that afternoon. Parents, family, and friends were all in attendance to support the children during the highly competitive finale which awarded points for teamwork as well as design and innovation. 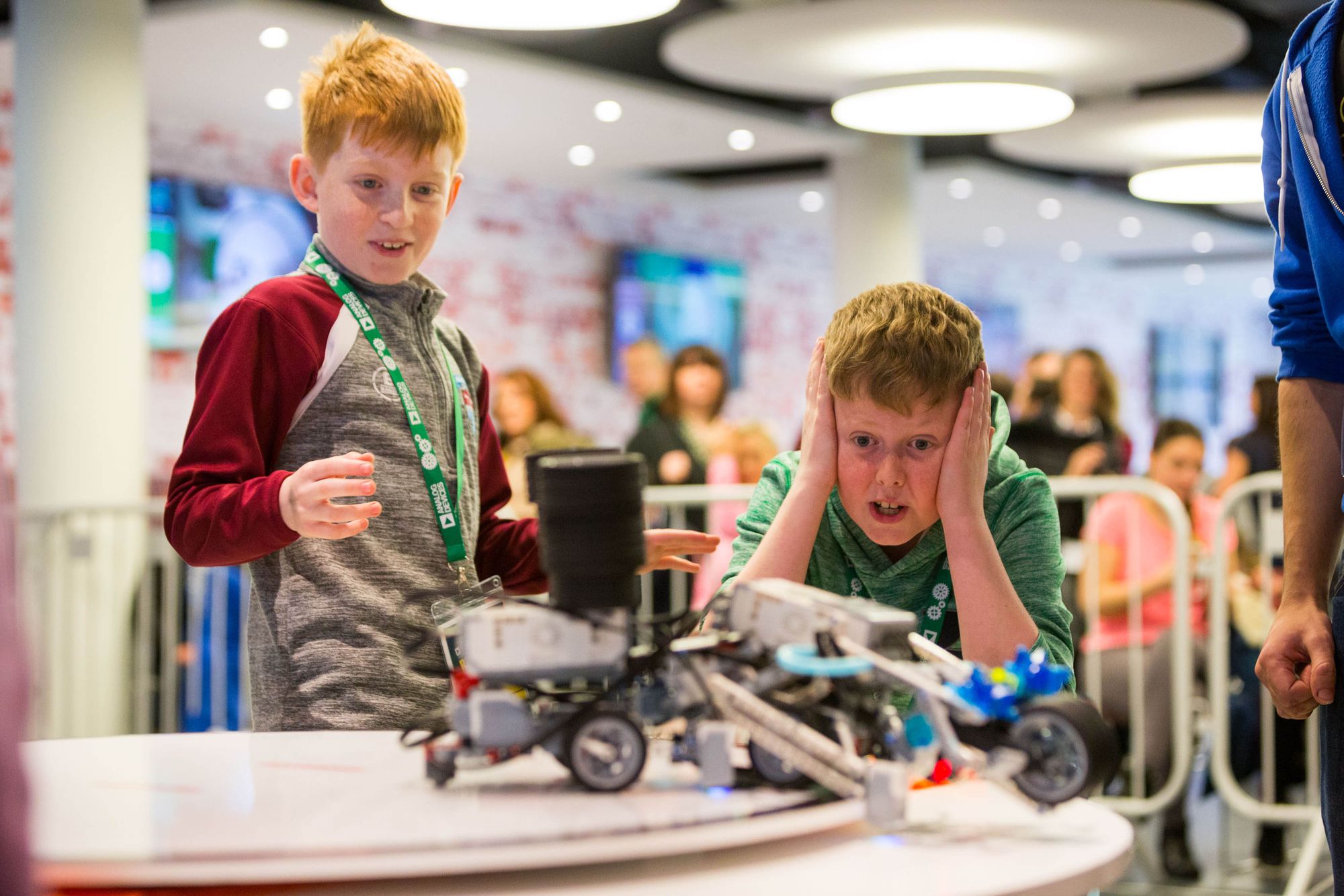 The aim of the hugely popular competition is to promote STEM amongst primary schools students by giving them the opportunity to design, build and program their own robots. It encourages teamwork, creativity and facilitates learning STEM principles in a fun environment. Year-on-year Analog Devices has expanded the competition to cater for the demand from schools wishing to participate.

Announcing the winners, Brendan O’Dowd, General Manager, Industrial Automation, Analog Devices, said, ‘’With the advancements in robotics and automation receiving increased attention in the media, this competition is a great opportunity for these young competitors to see the tremendous opportunities that a career in STEM could offer. Learning early that technology isn’t something to be avoided but rather a challenge to be relished. The skills shown by the competitors today are exactly the ones that will be valued by the workplace of the future.”

The day-long competition started with an Advanced Robotics Workshop where teams of 3 or 4 students designed and built their own innovative robots for a sumo wrestling style competition. In the afternoon, each team played 4 matches as part of the pool stages with the top 16 teams going forward to tense and exciting knock-out rounds where the final points were allocated. At the end of the Final, the team with the highest points was crowned the overall winners.

The first stage of the competition started in January when Analog Devices launched the Robotics initiative to all primary schools with more than 120 pupils in the Limerick city/county region. All 32 spaces were filled immediately.

A full day workshop in robotics, designed for 10-12-year-olds, was then held in each of the 32 schools who successfully registered in January. Through these workshops, over 900 students were taught the basics of robotics and each student, working in teams, got to design, build and test their own robot. The workshops were hosted by ‘Learn it’ on behalf of Analog Devices. Each team had to build a robot, using Lego Mindstorms technology and compete against each other for the school prize and to represent their school in the 2019 Analog Devices Primary Schools Robotics Final Competition.

Mervyn Horgan from Learn it commented, “The response to the workshops has been fantastic, during each school visit we have seen the children’s enthusiasm and energy for STEM grow over the course of the day.”

“This program is providing engagement on a level some schools may not have the means to access, this initiative not only inspires children to continue with STEM, fuelling the talent pipeline if you wish but also provides a tangible link between the classroom and industry,” he added.

Analog Devices also set up a STEM demonstration area on the day, giving students the opportunity to engage with other technologies and talk with engineers from Analog Devices in a fun environment.