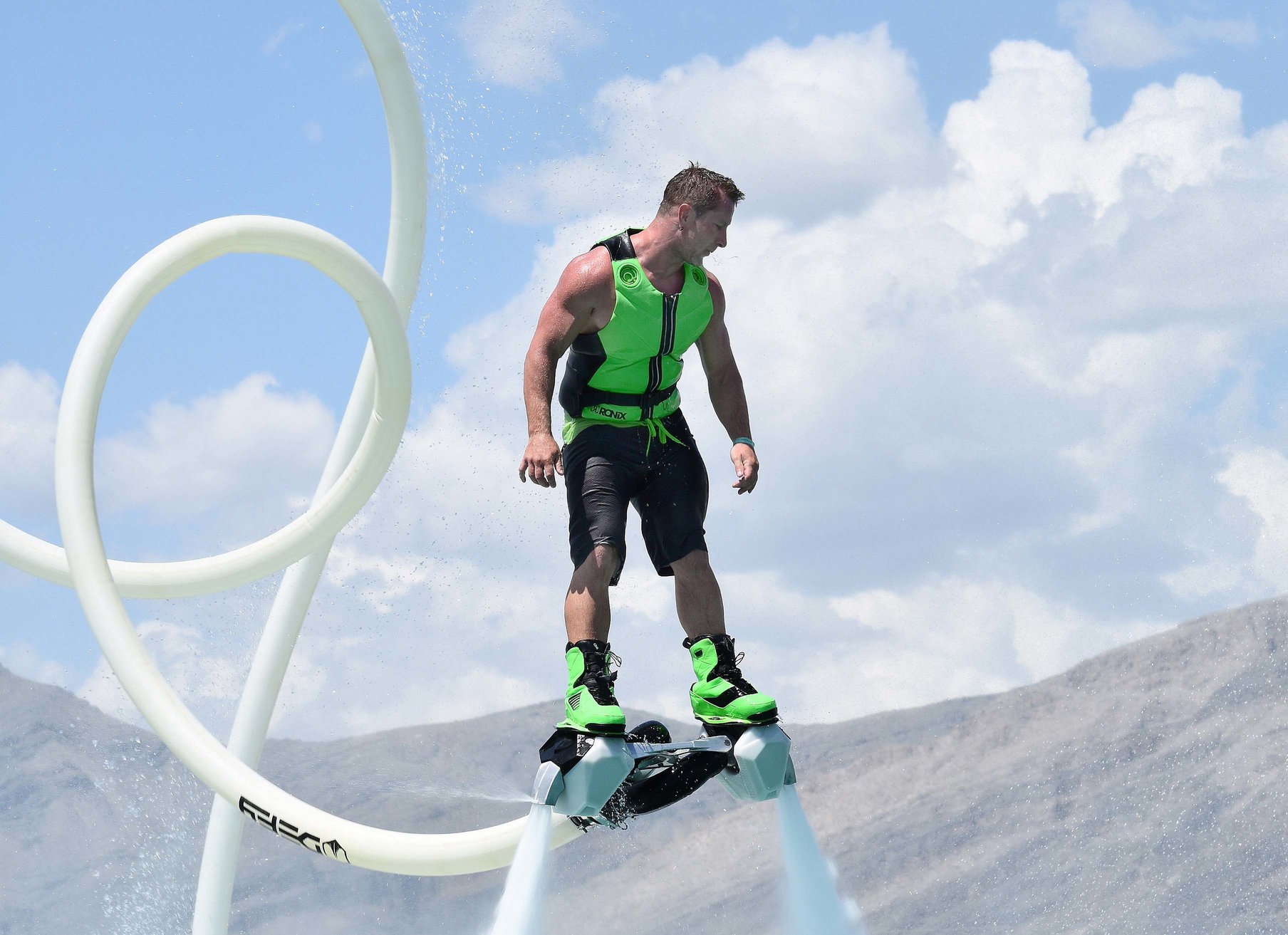 Limericks watersports fans are in for a real treat when the majestic River Shannon is to host another top athlete from Hawaii, USA. Scotty Knemeyer is visiting Limerick as part of a Midwest tour on Friday, 8th of July where he will perform on his water powered JetDeck.

On the back of the hugely successful River fest this year where World Champion Gemma Weston wowed thousands of people on the water with her amazing Flyboard Show, people now have some idea what to expect.

Scotty who has been professional athlete all his life has competed on a world stage level at Motorcross all over the USA now competes and performs all over the world for “Defy”, who manufacturer a similar product to the Flyboard called the “JetDeck”

The American based company was keen on one of their team flyers coming to Ireland and Limerick to fly on the Shannon. After seeing the media and images from The Riverfest, they were keen to get promotional material of Limerick and King Johns Castle which they hope to use in the states and worldwide which gives the sport a unique look and feel.

Scotty is one of the only performers in the world who can carry a second person on his board and perform amazing fandom tricks and back flips, something he will attempt with the fairer race while visiting Limerick (I have one of the girls from the waterski club lined up for this)

Scotty performs around the world at the Redbull Air Races where there could be crowds in excess of 100,000. Scotty has a huge following in Japan where he recently returned from a Red Bull Air Race Tour.

Said Limerick man Ken O’Connell, who has helped bring this event to Limerick, “We’re in for a real treat. We got a stunning introduction in Limerick to the extraordinary and daredevil acrobatics of flyboarding with Gemma Watson’s performance at Riverfest and now we have a second massive treat with Scotty and his hyrdroflyer coming here on July 8th.

“He performs around the world at the Redbull Air Races, in front of crowds of up to 100,000. Given that July is the month in which the final decision on the European Capital of Culture designation, we are getting there on a high, literally with Scotty’s performance.  This is his first trip to Ireland and he is really looking forward to it as has heard so much about the country over the years.”

Limerick has become an attraction for many water sports enthusiast after the success of the Riverfest and the spectacular media generated by it and the shots of Gemma Weston performing at King Johns Castle.

Scotty will perform in Limerick on Friday evening from 8pm in front of The Curragower Bar, which will be the main vantage point for the show where all are welcome to see him fly up to 70 ft high in front of King Johns Castle. This will provide a unique opportunity to get some amazing pictures and videos in front of one of Limericks biggest attractions.

The Abbey River, in front of the Locke Bar will see Scotty from 9:30 pm where people will be able to get up and close while he performs. The layout of the Abbey and The Locke bar will treat spectators to an amazing show with everyone being next to the action to get a real feeling of the sport and what’s involved.

To learn more about the JetDeck you can find information here.
You can find out more about Scotty Knemeyer here.
Click here if you want to read more articles related to Riverfest in Limerick.