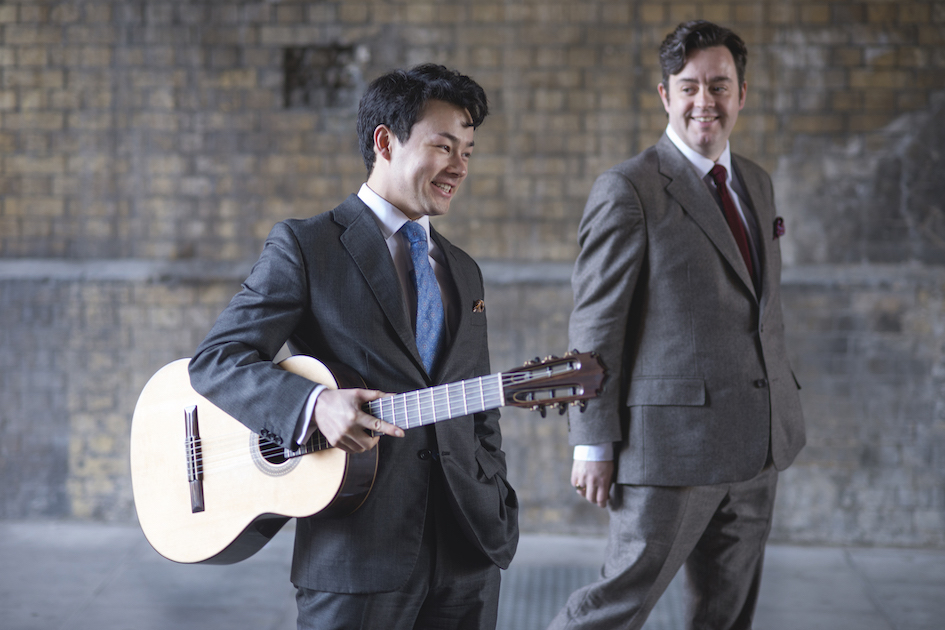 World-class duo Ben Johnson (tenor) and Sean Shibe (guitar) will bring the curtain down on the 2019 Castleconnell Concert Series, performing a fascinating love-themed programme that connects music, poetry and people across centuries.

Music Network presents Ben Johnson from England and Sean Shibe from Scotland at All Saints Church, Castleconnell on Tuesday, November 26 as part of a six-date national tour.

One of the busiest young tenors in the chamber music and opera worlds, Ben Johnson is a multi-award winning recitalist and owner of one of the most beguiling voices around. Johnson won the Audience Prize at the BBC Cardiff Singer of the World in 2013 and is also a former BBC Radio 3 New Generation Artist and a Wigmore Hall Emerging Talent.

Sean Shibe is described as one of the foremost guitarists of his generation. In April 2018 he was shortlisted in the Young Artist and Instrumentalist categories in the Royal Philharmonic Society (RPS) Awards, becoming the first guitarist to receive the RPS Award for Young Artists in May 2018.

Fresh from winning the Concept Album of the Year award at the October 2019 Gramophone Classical Music Awards, Sean has taken the world by storm in recent years and is equally at home in whatever genre he turns his hand to and never sets boundaries on the scope of his musical exploration.

The intimate surroundings of All Saints Church will provide a unique backdrop for the evening, which begins with the 16th-century love songs of Dowland, Rosseter and Morley.

World class duo to bring curtain down on this year’s Castleconnell Concert Series in #Limerick. For more details: https://t.co/9wI9KShjUT pic.twitter.com/Ua8M0Ey6AB

The programme stretches on to the grand, yearning Romanticism of Schubert and Beethoven, to Walton’s 20th-century masterpiece Anon in Love, and as far as Lawra, a new Music Network commission from Brian Bolger receiving its premiere performances on this tour.

The concert, which starts at 8 pm will be introduced by Liz Nolan from RTE Lyric fm, who will give an overview of what the audience can expect.

Tickets for the final concert in the Castleconnell 2019 Autumn Concerts Series programme at the All Saints’ Church are €15 available at the door, or €10 concession/ groups of five and over.