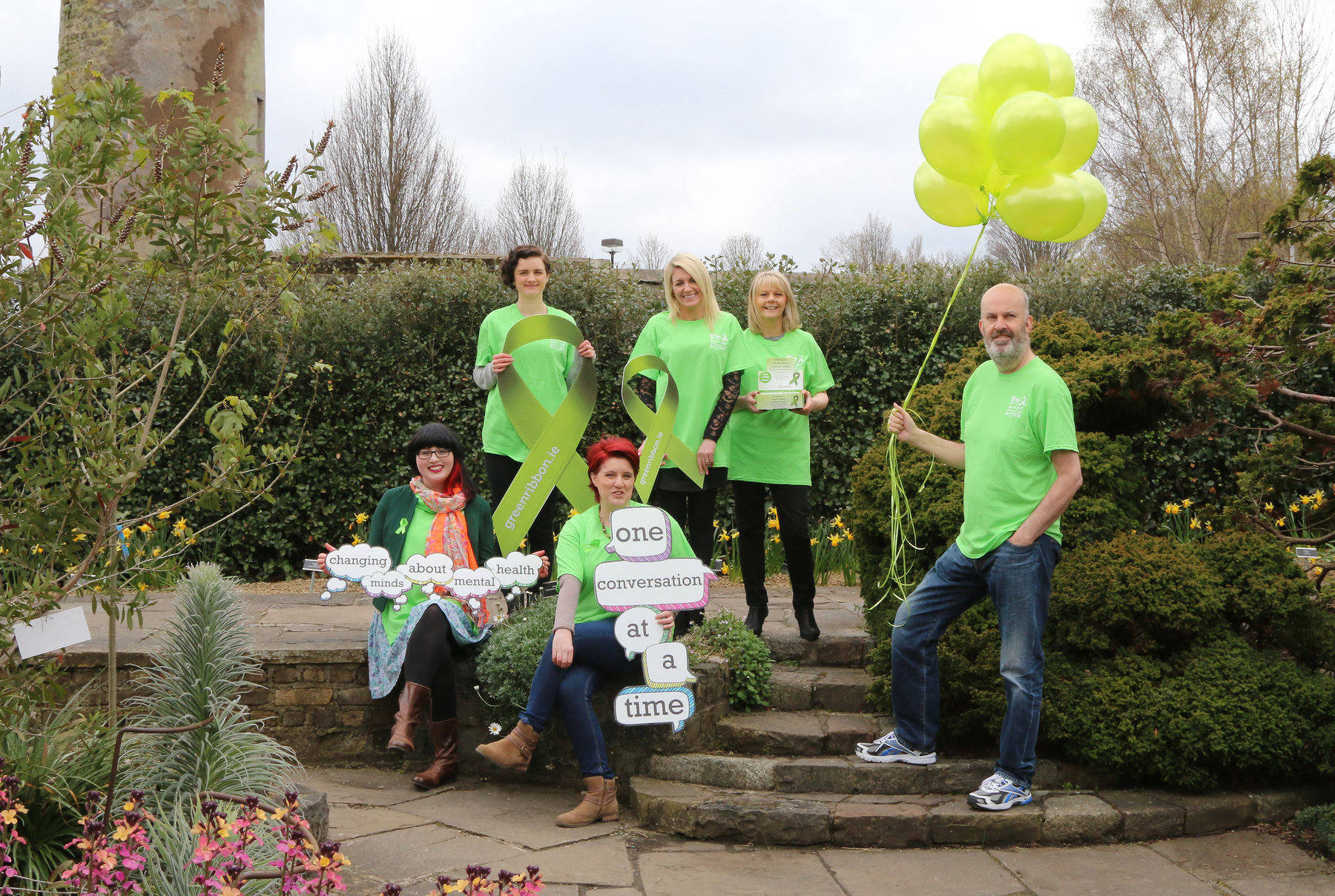 King John’s Castle is lighting up green from 27th April to 1st May to get people talking about mental health in Limerick as part of See Changes 5th Annual Green Ribbon campaign.

Research released by See Change ahead of this year’s campaign shows that people in Munster are the most likely of all the provinces to conceal a mental health problem. 46% of people surveyed in Munster said they wouldn’t want their family, friends or colleagues to know if they were having mental health difficulties. This is 8% higher than the national average of 38%.

People in Munster are also most likely to delay seeking treatment for a mental health difficulty with 17% of those surveyed saying they would delay help seeking for fear of letting others know. This is 3% higher than the national average of 14%. The research was conducted by Kantar Millward Brown as part of a nationally representative omnibus survey of 977 people for the Green Ribbon campaign and was funded by the National Office for Suicide Prevention.

The Green Ribbon campaign aims to change minds about mental health by prompting hundreds of events and thousands of conversations all over Ireland during the month of May each year. The campaign will launch on 27th April 2017 in the Mansion House. Minister for Mental Health and Older People Helen McEntee and Lord Mayor of Dublin Brendan Carr will be among the speakers at the launch.

Between now and the end of May 500,000 ribbons will be distributed to communities, workplaces, schools and colleges all over Ireland to encourage people to talk about mental health.

Speaking about the light up, Director of See Change, John Saunders says, “It’s wonderful to see local initiatives encouraging positive conversations about mental health in their own county. There’s no health without mental health, so it’s very important that we all play our part to end the silence around mental health issues”.

He continues, “You don’t need to be an expert to start talking about mental health or have all the answers. Sometimes the most helpful thing you can do is let someone know you are there for them and simply listen.”

The Green Ribbon will be available for free at the following locations in Limerick:

Green Ribbons will be available at major Irish Rail stations and Boots Stores across the country.

See Change is a national partnership working to change minds about mental health problems in Ireland. The partnership is made up of over 90 organisations and 60 ambassadors who work to create a disruptive, community driven social movement to reduce the stigma and discrimination associated with mental health problems. Our vision is an Ireland where every person can be open and positive about their own and others mental health.

You can visit here to order free Green Ribbons for your Community Group or Workplace.

For more information about See Change, check out here.