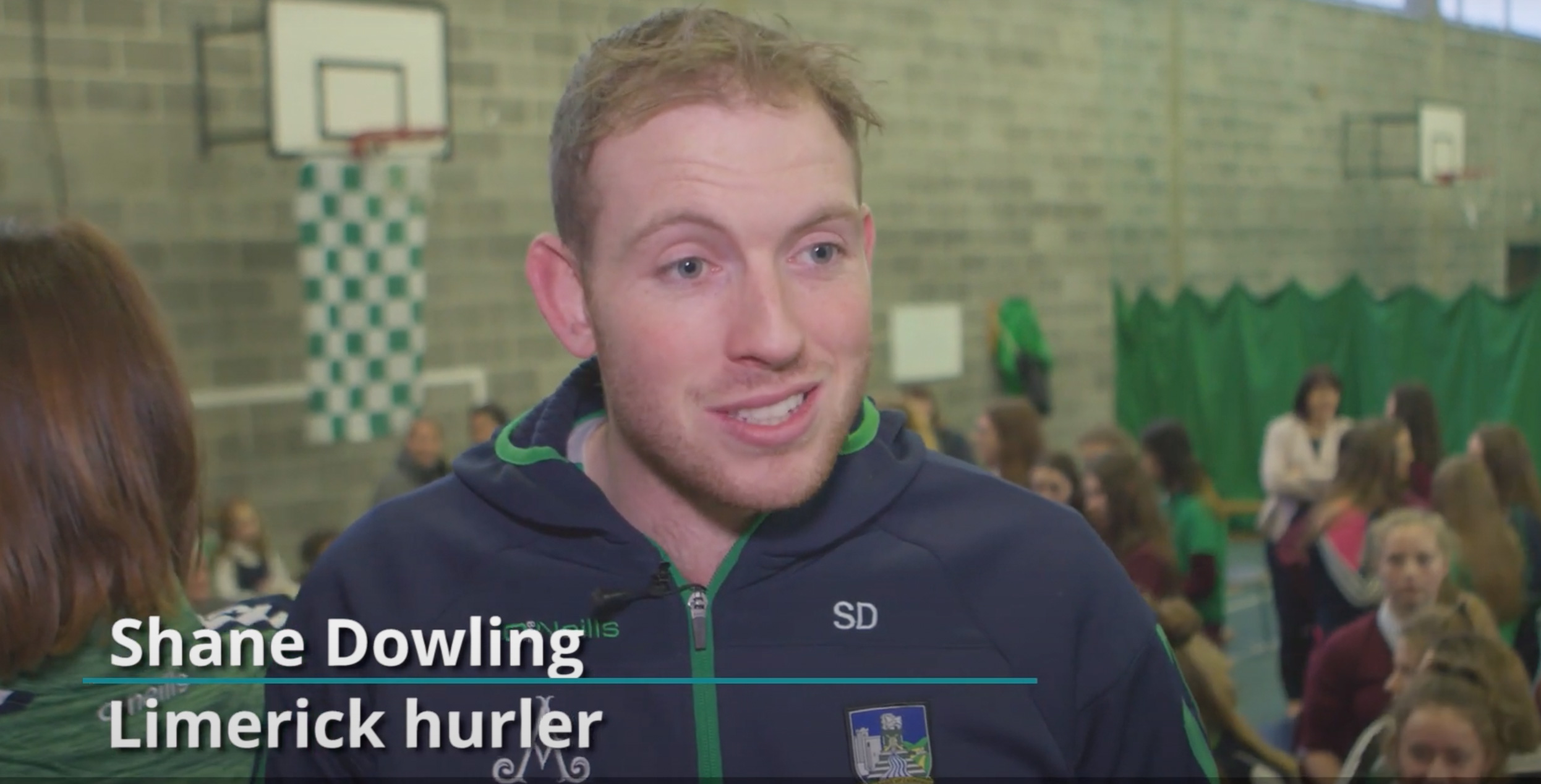 Shane Dowling has announced his retirement from inter-county hurling.

The Mayor of the City and County of Limerick Cllr Michael Collins has paid tribute to Shane Dowling, the Limerick hurler who has announced his retirement from inter-county hurling.

Mayor Collins said: “On behalf of the people of Limerick, I would like to extend my thanks to Shane for the years of enjoyment he has provided to all fans of Limerick hurling. Shane has devoted his life to the sport he loves and we will always be grateful to him.”

“He has always shown pride in the jersey and his county and his leadership skills and formidable desire and determination to win made him stand out and have the edge on the pitch, something we all saw and admired.”

“His skills and touch were sublime, and these were seen by all as he scored a vital goal in the All-Ireland Hurling Final in 2018, which brought Limerick to a standstill as the county captured its first All-Ireland Senior Hurling title in 45 years.”

“The outpouring of emotion that day and at the homecoming for Shane and the rest of the panel showed the special place that he and the rest have in the hearts of Limerick supporters.”

“You are a true role model for the younger generations. I would like to wish Shane the very best in the future. He will always be a Limerick hurling hero. Luimneach Abú”

For the past three years, Dowling has been dealing with a condition called osteochondroma; an overgrowth of cartilage and bone in the knee area. Dowling, blessed with the deftest of touches and incredible striking skills, played a key role in Limerick ending a 45-year famine to win the Liam MacCarthy Cup in 2018.

Looking towards the future, Dowling said he hopes to be able to do some cycling and swimming and perhaps some running soon. Playing for Na Piarsaigh again is a target for him but he won’t be lining out for the 2016 All-Ireland club winners in the near future. Having tried out coaching with his club, he said he would like to explore that side of the game more in the future.