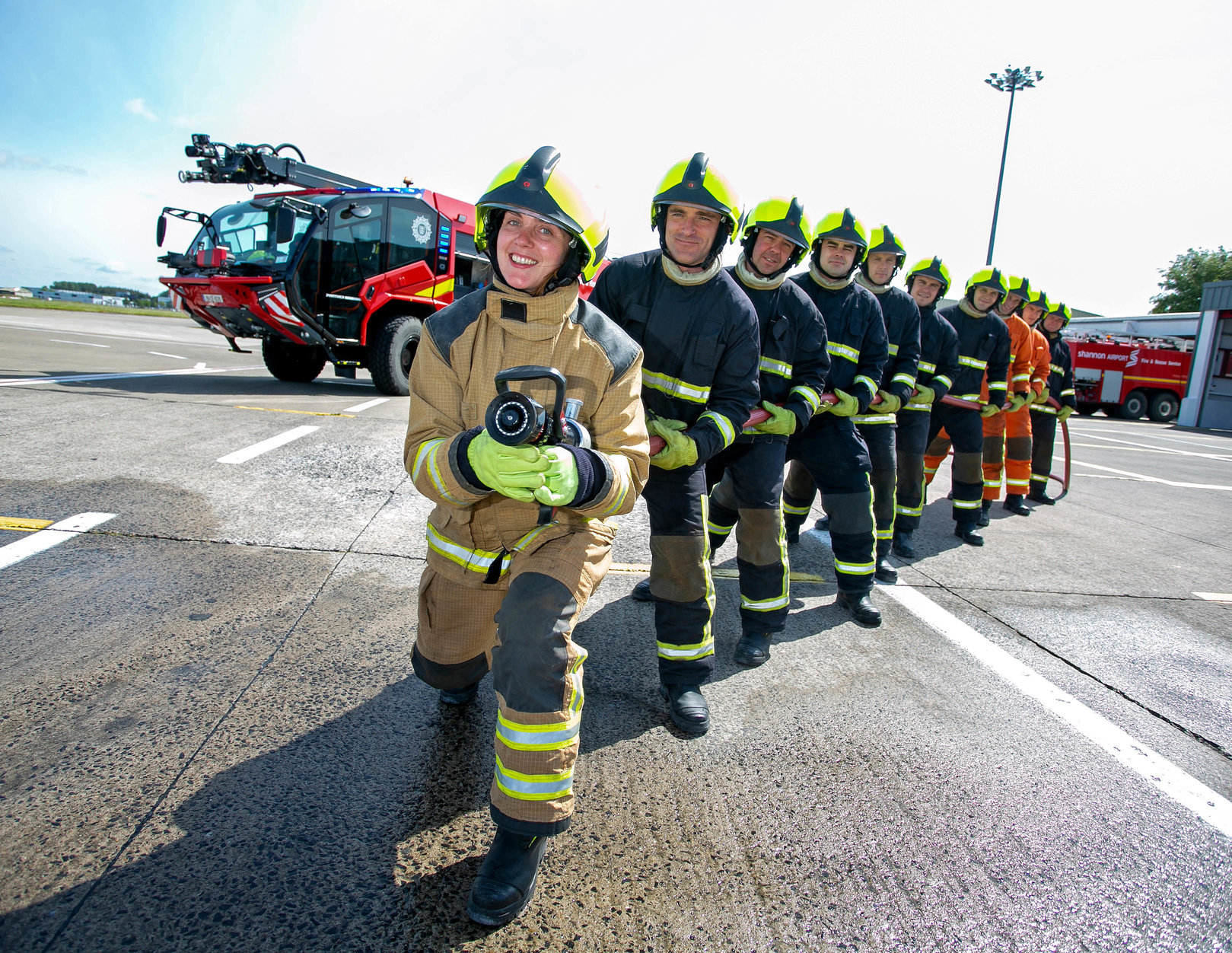 Shannon has also recruited new firefighters after an exhaustive selection process saw applicants being whittled down from 500 to ten.

The recruits, who began their training on June 24 will undergo an intensive 12-week training programme which will equip them to begin work in the combined role of airport police and fire personnel.  The recruits are aged between 22 to late 30s and come from a range of backgrounds.

Pat O’Brien, Chief Officer Fire & Rescue, Airport Police Fire Service, Shannon Airport said: “It is a new era for the Airport Police and Fire Service in Shannon and we are looking forward to the recruits entering the service. Their training programme is intensive and has benefitted hugely from significant investment in the very latest technology and training aids. Over 500 people applied for just ten positions, which is a testament to the calibre of the team we have assembled.”

“Our recruits come from all walks of life, including a painter, a panel beater, strength and conditioning coach and paramedic. Some of them travel from Galway, Longford, Limerick, and Clare. Through the selection process, they have proved themselves to be capable of working well in challenging environments, and with people who may be in distress.”

Commenting on the importance of the investment in new equipment Pat O’Brien, said: “It was of paramount importance to the management team at Shannon Airport to ensure the safety of passengers and staff, and the new fire tenders have additional safety benefits for both airport fire service staff and passengers.”

Pat explained: “Conventional fire tenders require that firefighters be put into the risk area to fight aviation fires. However, the new HRET appliance reduces this requirement as fires can be extinguished remotely by operating the HRET from the vehicle cab, allowing the application of water, foam and dry chemical directly to the seat of the fire.”

“The new fire tenders use cutting edge technology and will be equipped with a thermal imaging camera mounted on the HRET to allow firefighters identify the hottest part of the aircraft, key vital knowledge that is needed to suppress and extinguish aviation fires as quickly and efficiently as possible.”

Expanding on the benefits of the equipment, Mr O’Brien said: “Also for aviation firefighting, at the end of the HRET there is a piercing nozzle. If you have an internal fire in a cargo hold of an aircraft, rather than commit a team into the risk area, with your thermal imaging camera, you can identify where the heat source is, and you can penetrate the part of the hold where the fire is with the piercing tool.”

“It literally can pierce through the aluminium of the aircraft. Then you can apply water or foam internally on the fire. It acts like a sprinkler, cooling and suppressing fire. Even if you have to commit a crew to the fire following this, you have already reduced the risk to them by cooling the fire.”