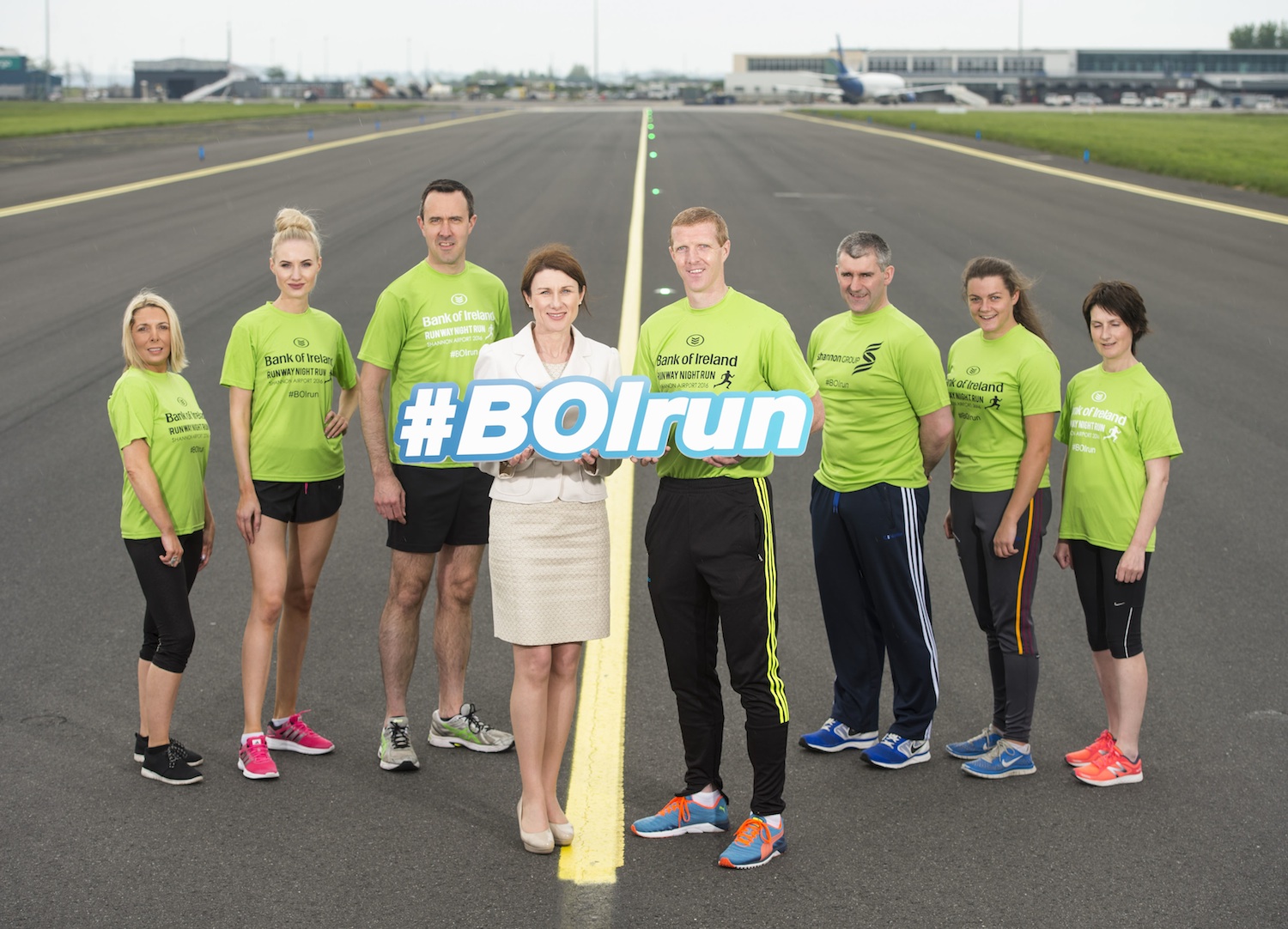 The success of the Shannon Airport Runway Run sees capacity doubled from first staging in 2014 to 2,500 this year and it will be held on Friday, June 17th and proceeds to go to Shannon Group’s 2016 designated charities iCan Ireland and Abalta Special School

Ireland’s first and favourite ‘runway run’ is set to return bigger than ever this year as 2,500 runners and walkers will take to the tape at the Bank of Ireland Shannon Airport Runway Run on Friday June 17th.

Online entry for the event opens today and is available through Event Master, registration details are available at www.shannonairport.ie

Proceeds from the event this year will go to the designated charities of Shannon Group, the airport’s parent company. They are Irish Children’s Arthritis Network (iCan) and Abalta Special School for students with autism in Galway.

Run over 5km the last two years, the 2016 event will also include a 7.5km option, which will start five minutes ahead of the 5km event, for those seeking a stiffer test on the level ‘racetrack’.  A corporate challenge has also been introduced this year, with businesses encouraged to enter teams, with a grand prize – details of which will be announced later – for the winning team. Companies are permitted to enter up to 10 employees in the competition with the times of their top five (must be a minimum of 2 male and female times) accumulated into an overall time.

This year’s event will see numbers reach double what they were when a 1,200 strong field took part as it became the first ever night-run on an Irish airport runway in 2014. Based on the success of the inaugural event, the numbers increased to 2,000 last year, this year the airport has stretched them again to 2,500.

However, would-be participants are still being encouraged to book early and avoid disappointment.

Said Andrew Murphy, Chief Commercial Officer, Shannon Group, “We have always been trying new things at Shannon over the years and the Bank of Ireland Runway Night Run, has certainly been one of them.  Like many of those new ventures, it has proven a huge success, way beyond what capacity allows but we are still pushing it out this year to accommodate 2,500 participants, though it’s unlikely that it’s enough.

“The event was Ireland’s first night time runway run when we started out a couple of years ago but, not least because it is the original of the species, is still by far the favourite of its kind.  So, we are expecting huge demand this year and would advise people to book early to avoid disappointment.”

Speaking at the launch event, Regional Manager for Bank of Ireland Liam Sheedy said that event’s reputation has grown year on year. “Bank of Ireland is delighted to be involved again this year as it really is a quality event. The novelty factor of being able to run or walk down a runway, something you only every really see from an aircraft, is huge and it has proven a huge hit with the punters.

“The event is also superbly run and there’s such a buzz on the night, from the warm-up in the airport terminal building to the run itself. The fact that the proceeds all go to two really worthy charities adds to the attraction.”

Said Henry Shefflin, “People travel from across the country for this event, which says a lot about its quality. Ireland is becoming more and more health conscious and people really like trying out new things and the Bank of Ireland Runway Night Run certainly ticks that box.

“There’s great competition amongst Bank of Ireland staff and we will have a number of participants so that will be a good bit of banter ahead of the event and afterwards. At the end of the day, though, it’s all about participation.”