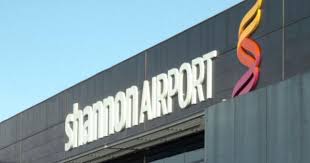 The decision by the US Department of Transport to grant a foreign air carrier permit to Norwegian Air International has been warmly welcomed by Shannon Airport and the Mayor of Limerick City and County, Cllr Kieran O’Hanlon on Saturday, November 3, 2016.

“This is really positive news for Limerick, Shannon Airport and the greater region. All the indications are that this will translate into more transatlantic services, which will help underpin the growth in tourism and the hugely successful ongoing campaign to attract inward investment.” Explains Mayor O’Hanlon.

“Shannon International Airport is a huge asset to us in that regard as multi-national investment has stated time and time again. Shannon also has a particular offering, in that not alone has it a long standing tradition on transatlantic services, but it also has US pre-clearance, which benefits the business and tourism passenger greatly.

Chamber CEO James Ring said it was “no secret that Shannon has been activity engaged with Norwegian on this matter from as far back as 2014, right from the very start, and for good reason.

“It’s also hugely positive news for passengers, both inbound and outbound, as it will mean more affordable fares.  Anything that enables people travel more frequently is good news for Limerick, not least given the attractiveness of this region for tourism and doing business in.” concludes Mayor O’ Hanlon.

Numerous major carriers in the US were against the Norwegian bid, including American Airlines, US Airways and Delta, yet industry experts believe the deal will “level the playing field” for low cost operators looking at the transatlantic market.

There is also talks that a route from Shannon to Boston may be established and it is evident Shannon will evolve into a major focus point for America, providing a hub opportunity for both Norwegian and other carriers.