By Richard Lynch on April 7, 2018@richanthon 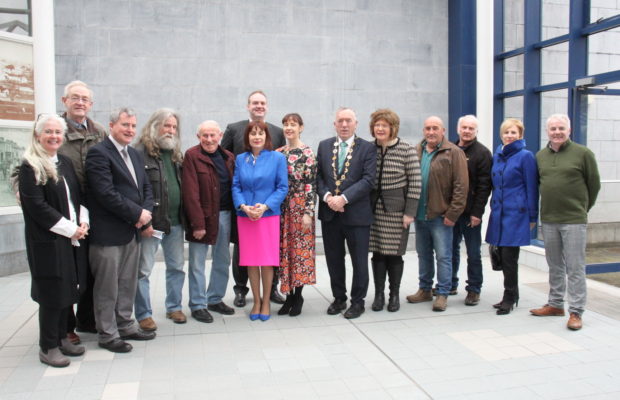 The stories of families in Limerick who earned their living from fishing, mainly salmon, along the banks of the River Shannon, from the city to the estuary have been captured in a new film, ‘The Estuary’.

The traditional skill of reed cutting, which was also practiced along the estuary by some of the fishermen has also been included in the film, which captures the very tough and often dangerous job these men encountered on a daily basis.

The film which has been funded as part of the Creative Ireland programme grew out of another project by Limerick City and County Council in conjunction with Mary Immaculate College which captured the oral histories of the Shannon Fishermen and Reed Cutters.

The Shannon fisherman documentary features fishermen from along the Shannon who recount their experiences of fishing for a living along the Estuary.

They belonged to one of four distinct groupings, which shared the river for the most part amicably. Limerick has a long fishing tradition and a unique relationship with the River Shannon from Doonass down to Scattery Island.

The Abbey Fishermen traditionally fished between Doonass and the lax weir in Corbally. They lived mainly in the Abbey area of Limerick city, Sheep Street, Gaol Lane and Meat Market Lane.

The Strand Fisherman lived near Clancy Strand and fished from the city to the estuary before the development of the Ardnacrusha power station in the 1920’s. After that they joined the Coonagh and Newtown fishermen fishing from Barrington’s pier near the former Cleeve’s to Scattery Island. The Strand Fishermen worked seasonally for the salmon season and worked other jobs in the offseason.

The Newtown Fishermen were predominantly from Newtown, Clarina and also fished seasonally but during the winter. A large proportion of them were reed cutters. They could only cut reeds after the first frost in October. Coonagh fishermen on the Clare side of the Shannon did the same. They fished from Bunratty and went down the river.

The Askeaton Fishermen didn’t cut reeds, but fished further into the estuary and often fished herring and cultivated seaweed.

In 2006 the EU conservation policy saw major changes as the government bought the licenses from the majority of the fishermen and it became illegal to use a net on the river. 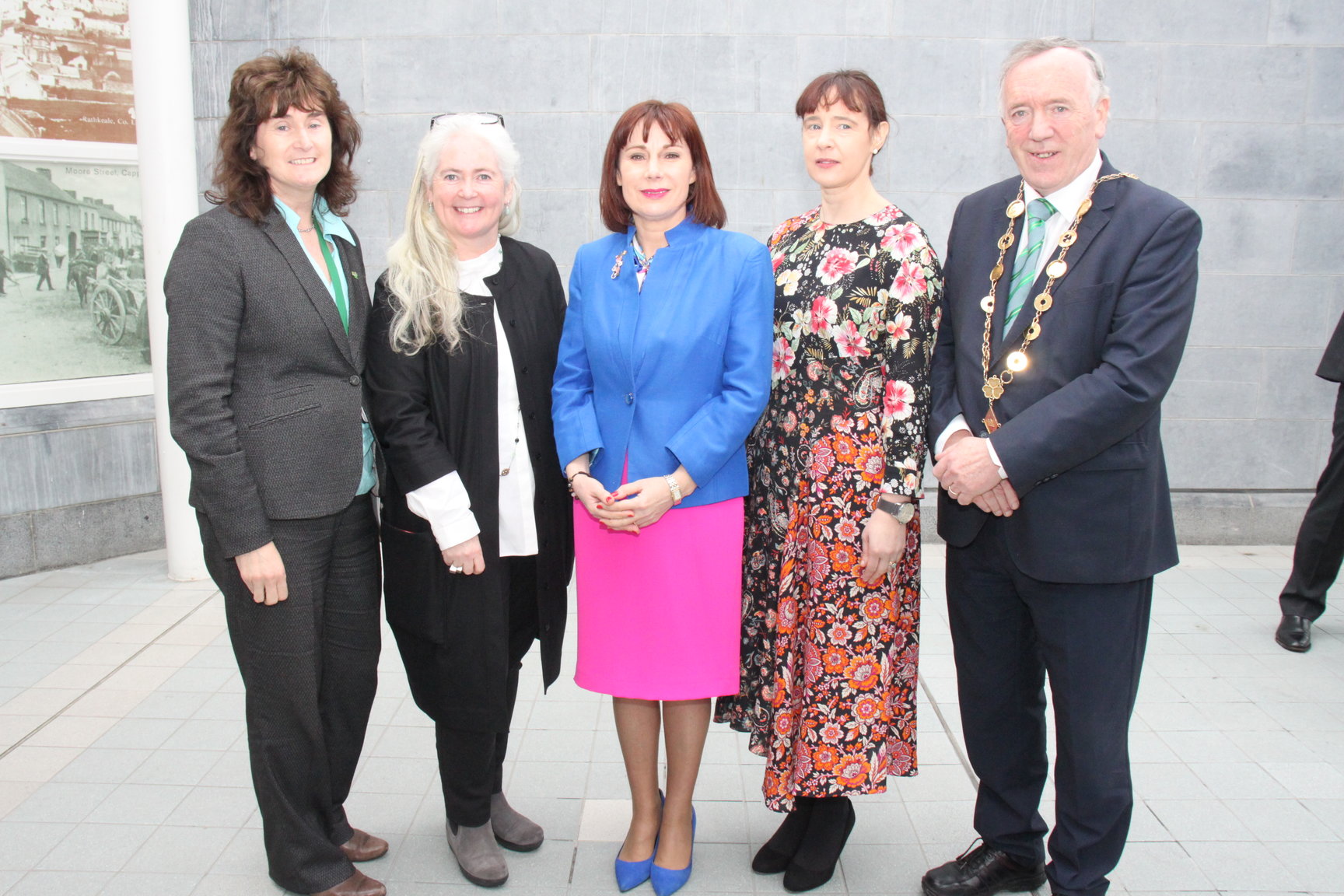 Mayor of the City and County of Limerick, Cllr Stephen Keary said, “The traditional Shannon fishermen and reed cutters are dying away but this film will allow their stories to remain with us.  Those who worked along the River Shannon have a story to tell that is unique to Limerick and this film will allow future historians and sociologists to get a glimpse, first hand, of what it was like to fish the Shannon.”

Officially launching the documentary at the Istabraq Hall in Limerick City and County Council’s Corporate Headquarters today, April 6, Minister for Culture, Heritage and the Gaeltacht, Josepha Madigan said, “I’m delighted to be in Limerick to launch this new documentary which has been created under the auspices of the Archives Department of Limerick City and County Council.  The film tells the often-challenging story that these fishermen and their families experienced throughout their lives.”

“I’m very happy that this invaluable film has been made possible by funding from Creative Ireland.  The Creative Ireland programme is a very important government programme to ensure creativity in central to our lives and wellbeing.  This project demonstrated the importance of both of these things.”

Jacqui Hayes, Archivist with Limerick City and County Council added, “Fishermen don’t tend to create records and so this way of life doesn’t leave behind a traditional archive and is in real danger of being forgotten. This documentary film captures this rich heritage for current and future generations and brings it to life through the voices of the fishermen telling their own story.”

“One of the benefits of having this documentary is its ability to bring to life the voices and experiences of individuals, many of whom might otherwise have been forgotten by history.  The Shannon fisherman documentary also provides a level of accessibility to the past that is often missing from other forms of history.”

Sheila Deegan, Culture and Arts Officer with Limerick City and County Council said, “Film is such a great way of capturing the meaningful stories that tell us about who we are. The commissioned short documentary film as part of the Limerick Culture and Creativity Plan for Creative Ireland, has captured with empathy the history and heritage of the Shannon Fishermen and their families.”

For more stories on the Shannon fisherman go here.

To watch ‘The Estuary’ go here. 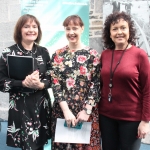 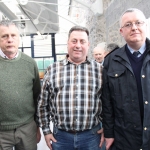 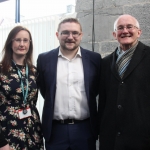 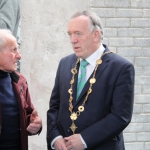 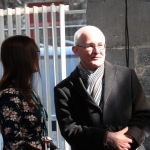 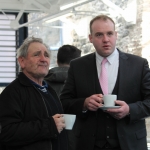 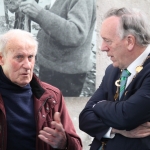 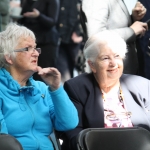 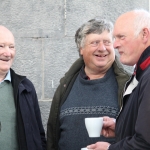 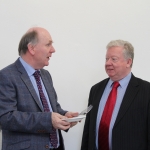 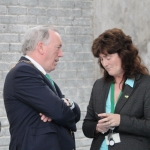 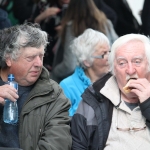 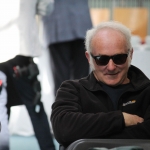 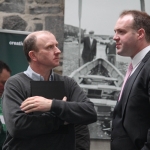 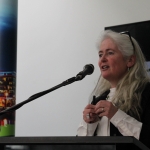 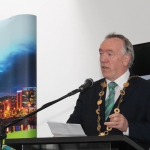 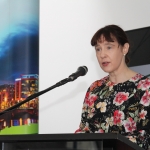 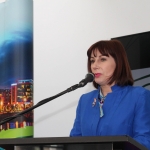 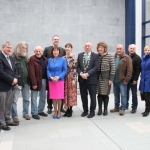 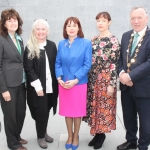 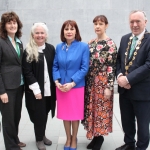