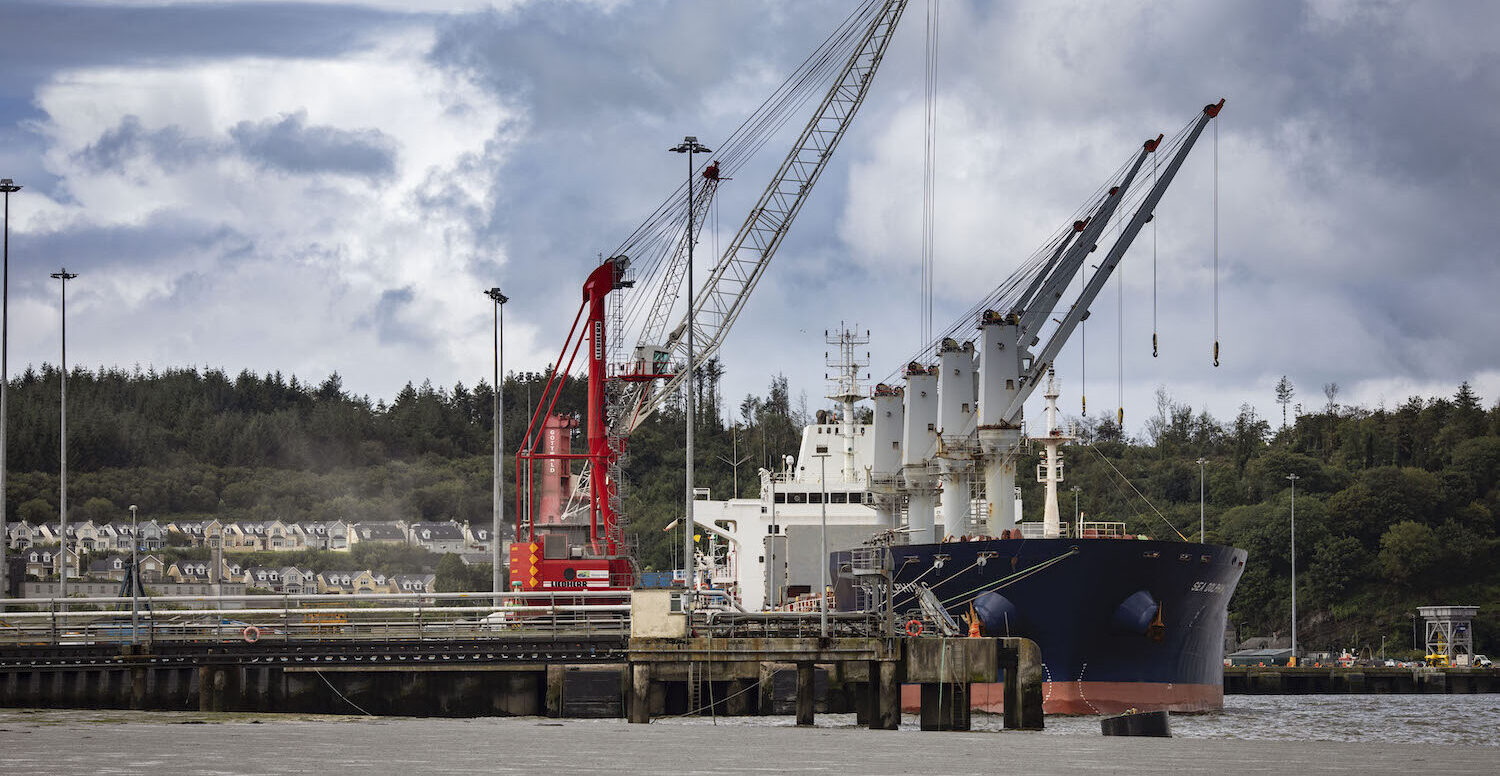 The port is uniquely positioned to expand as an international cargo hub serving the domestic, European and worldwide markets.

Shannon-Foynes Port Company has been awarded over €2.3 million in European funding to allow a feasibility study for a deep-water dock and rail link to the port of Foynes.

The funding was awarded under the European Union’s Connecting Europe facility scheme. This scheme supports projects in the fields of transport, energy and telecoms.

The study by Shannon-Foynes Port Company is expected to give the basis for a new deep-water berth that can accommodate bigger vessels and meet the projected demand in the coming years.

Reacting to the announcement, Minister for Transport Eamon Ryan T.D. said, “This is really positive news for Shannon-Foynes Port Company and for Ireland. International connectivity is critical for our economic development.”

Minister of State Hildegarde Naughton T.D. also welcomed the news, “At EU level, the port is part of both the Atlantic and North Sea – Mediterranean TEN-T Core Network Corridors. Irish ports continue to benefit from financial backing by the European Union through the Connecting Europe Facility programme.

This award of over €2.3 million to Shannon-Foynes Port Company represents another strong signal of the important role the port and its hinterland areas play in the EU’s TEN-T network.”

The project has also been designed to accommodate the potential role the port could play in the growth of offshore wind energy.

Chairman David McGarry said, “Due to its proximity to the Atlantic Ocean’s wind and wave resources and its many other comparative advantages, the port is very well positioned to facilitate coastal Atlantic offshore energy developments and was strongly supported in this by the sector during 2020. We continue to focus on and facilitate the positioning of the Port as a marshalling port for Atlantic offshore renewables.”

The infrastructure required for the project include the construction of a bridge to link the new deep-water berth to the existing port area on the mainland.

This development at the Port of Shannon-Foynes is expected to generate a considerably higher level of freight traffic and enhance connectivity along the North Sea-Mediterranean Corridor.

According to the Shannon-Foynes Port Company 2020 annual report, the final quarter of the year saw the company deliver a solid performance in the face of COVID-19 and Brexit impacts.

Despite the challenges of 2020, the company is on track with its Vision 2041 strategy, which was launched in 2011. The strategy focuses on entry into new sectors and expanding existing sectors in line with international and national growth forecasts.

CEO Pat Keating said, “Over the 10year period from 2010, net assets have increased by 245% to €47.0m (2010: €19.2m), with annual net operating cash flow increasing by over 180% over the same period. Indeed, we are of the view that Vision 2041 projections could be considered conservative in light of projected population growth and climate action requirements.”

Mr. Keating believes that the port could play an increasing role in moving freight to Europe and beyond and could help alleviate the transport congestion around Dublin and redistribute economic well-being throughout the country.

Related Topics:Shannon Foynes
Up Next

New Lidl Corbally store will create 30 jobs in the locality