By Richard Lynch on November 20, 2018@richanthon 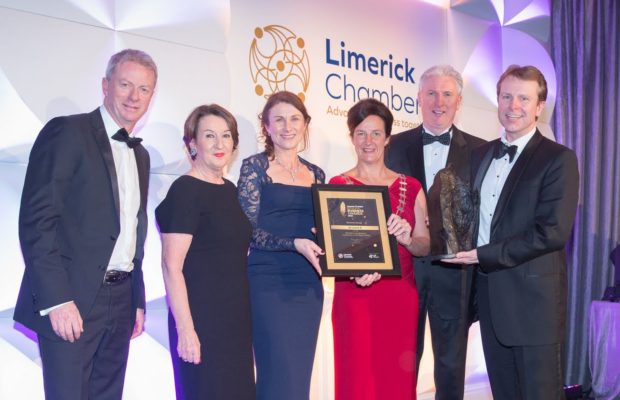 Limerick Shannon Group was the toast of the Mid-West business community as it claimed the top honour at the 8th annual Limerick Chamber Business Awards at the weekend.

Winner of the Best Large Business Award – one of seven individual award categories – Shannon Group took the outright honour for the first time at an event attended by over 450 business people from across the region at the Strand Hotel Limerick.

The event also doubles as the Limerick Chamber President’s Dinner, sponsored by AIB, with the prestigious ‘President’s Award’ going to Kieran Curran, founder of Limerick DNA sequencing firm GenCell, which was sold to multi-national Becton Dickinson in one of the largest deals of 2014 in Ireland.

The event comes at the end of another year of huge advancement for Limerick, which, according to Chamber President Dr. Mary Shire, is “on a journey of transformation”.

“Since 2015 there have been 23 foreign direct investments, representing four thousand jobs. Other regions are taking notice of what has happened in Limerick and are trying to pinpoint the secret of success. But it’s not easy to do that as multiple factors and multiple actors have impacted the transformation,” she said.

“The best success is the success that is shared and Limerick’s success is certainly shared by many. Leadership from across the public sector and semi-state organizations including our public representatives, the City & County Council, the Garda Siochana, Education institutions, the HSE, IDA, EI, the Leos, SNN group, SNN Foynes Port Company have all played their part in creating an environment that supports business. But the leadership from the private sector has been even more important as they are the prime job creators and impact all economic drivers.”

Congratulating Shannon Group – operators of Shannon Airport, Shannon Commercial Properties and Shannon Heritage – on winning the outright award, Chamber CEO Dee Ryan said it was no surprise.  “Shannon Group is so important to the region in terms of the contribution from Shannon Commercial Properties and the thousands of jobs it supports and from Shannon Heritage and its role as a major driver of tourism.

“However, Shannon Airport is a key growth enabler for the region. Our FDI companies in the region say one of the reasons why they chose this area was the direct strategic connections to Shannon,” she said.

Expressing his delight on winning the award, Shannon Group CEO Matthew Thomas said it was the fourth award won by the Group, either directly or through its business units over recent weeks, including the European Regions Airline Association’s ‘Airport of the Year’ award. 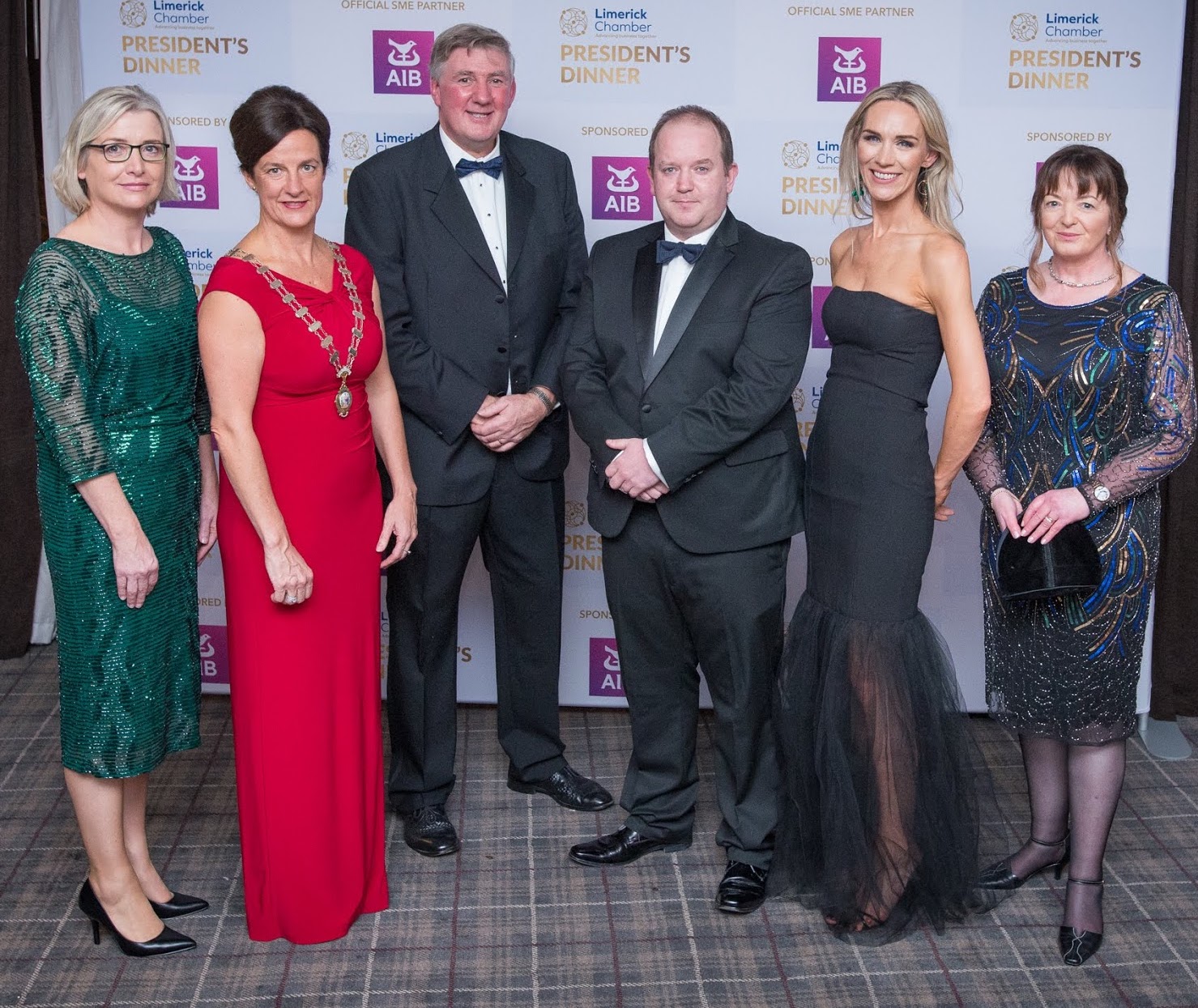 “To be recognized by the business community where we live and where we work is special.  It has been a good year. The most pleasing thing is we see all parts of the group actually firing on all cylinders at the moment.

“The airport is up 33 percent now since separation. We are by a long way the fastest growing airport outside Dublin. We are now we’re pretty much out of commercial property stock so, through Shannon Commercial Properties, we are building to order. Our tourist numbers have doubled at Shannon Heritage. Being recognized with these awards is really recognition for a lot of hard work by a lot of people within the Group.”

Anne Heraty, CEO of CPL and chair of awards judging committee said:  “The quality of all applications and in particular from those entries who were shortlisted, have been truly amazing this year. It is a great endorsement for the economy in the Mid-West, which is seen as the fastest growing economic region outside of Dublin.  On behalf of the judging panel, everyone should take huge pride and encouragement from this process and come back stronger next year.”

The winners of the individual categories are:

For more information on the Shannon Group go here

For more stories on the Shannon Group go here