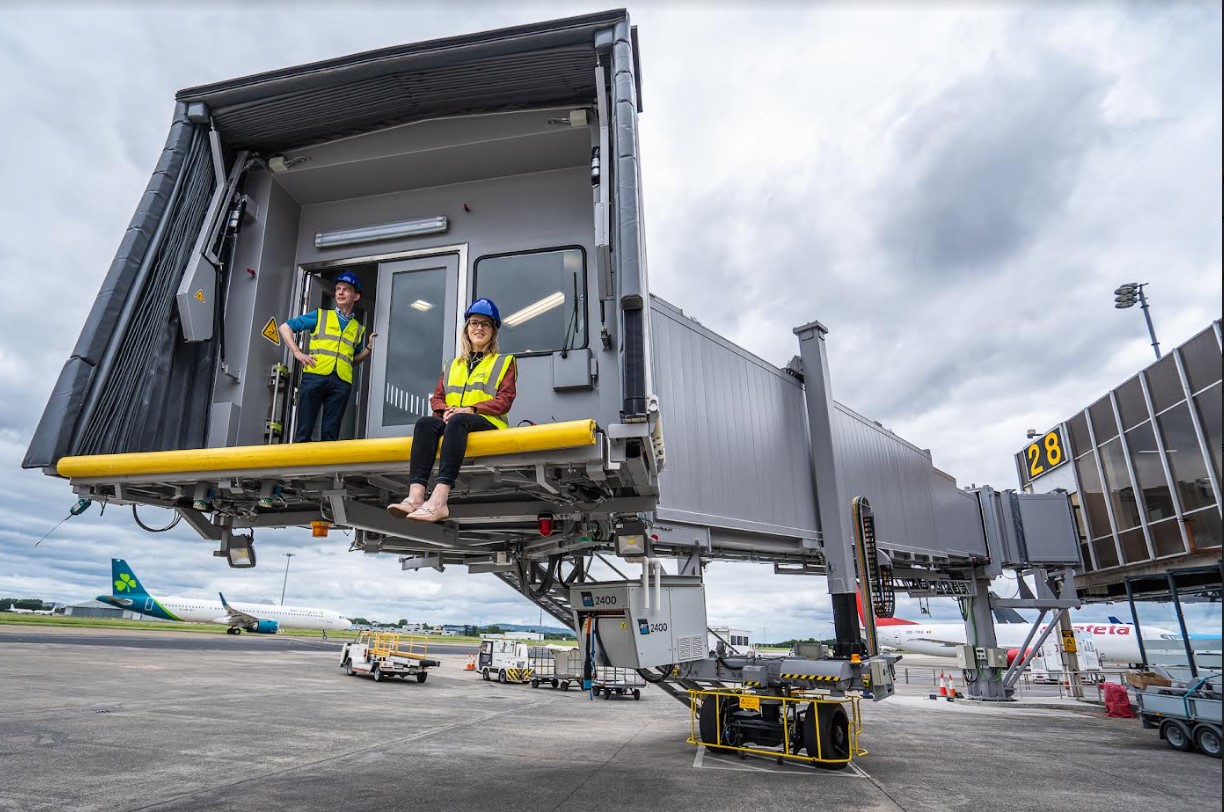 Shannon Group is installing three new airbridges at Shannon Airport at a cost of a €1.8 million. The latest investment is part of a suite of airport enhancement projects by Shannon Group totalling almost €10 million.

The installation of three 60 tonne airbridges form phase one of the airbridge investment plan, which will see the airport’s six airbridges replaced over the next three years. Airbridges are used to board passengers directly from the airport terminal building on to aircraft without exposing passengers and crew to the elements.

The first of the three airbridges has just been installed at the airport and took over two days, using multiple cranes to fit it to the terminal building. The airbridge is capable of accommodating over 22 types of large aircraft, excluding some smaller regional jets.

Over the past 12 months, Shannon Group has been busy upgrading the airport experience, and enhancing infrastructure. Projects completed with support from the Department of Transport under the Regional Airports Programme, include a €2.5 million state-of-the-art security screening system which is halving the dwell time for passengers through security and eliminating the need to remove liquids and electronics, and €5.3 million on airfield rehabilitation works.

Commenting on the initiative, CEO of Shannon Group, Mary Considine said: “Shannon Group is focussed on future proofing the airport infrastructure, and this latest airbridge programme forms part of our investment strategy across the Shannon Airport campus. We are extremely grateful for the funding support from the Department of Transport, under the Regional Airports Programme, which has enabled us to undertake this work.”

The newly installed airbridge, manufactured by CIMC-Tianda Airport Support in China, arrived at Shannon Airport after a long journey halfway across the globe from Shenzhen.  A further two airbridges will be replaced later this year, and in early 2023, with plans to replace the remaining three airbridges during phase two of the project at a later stage.