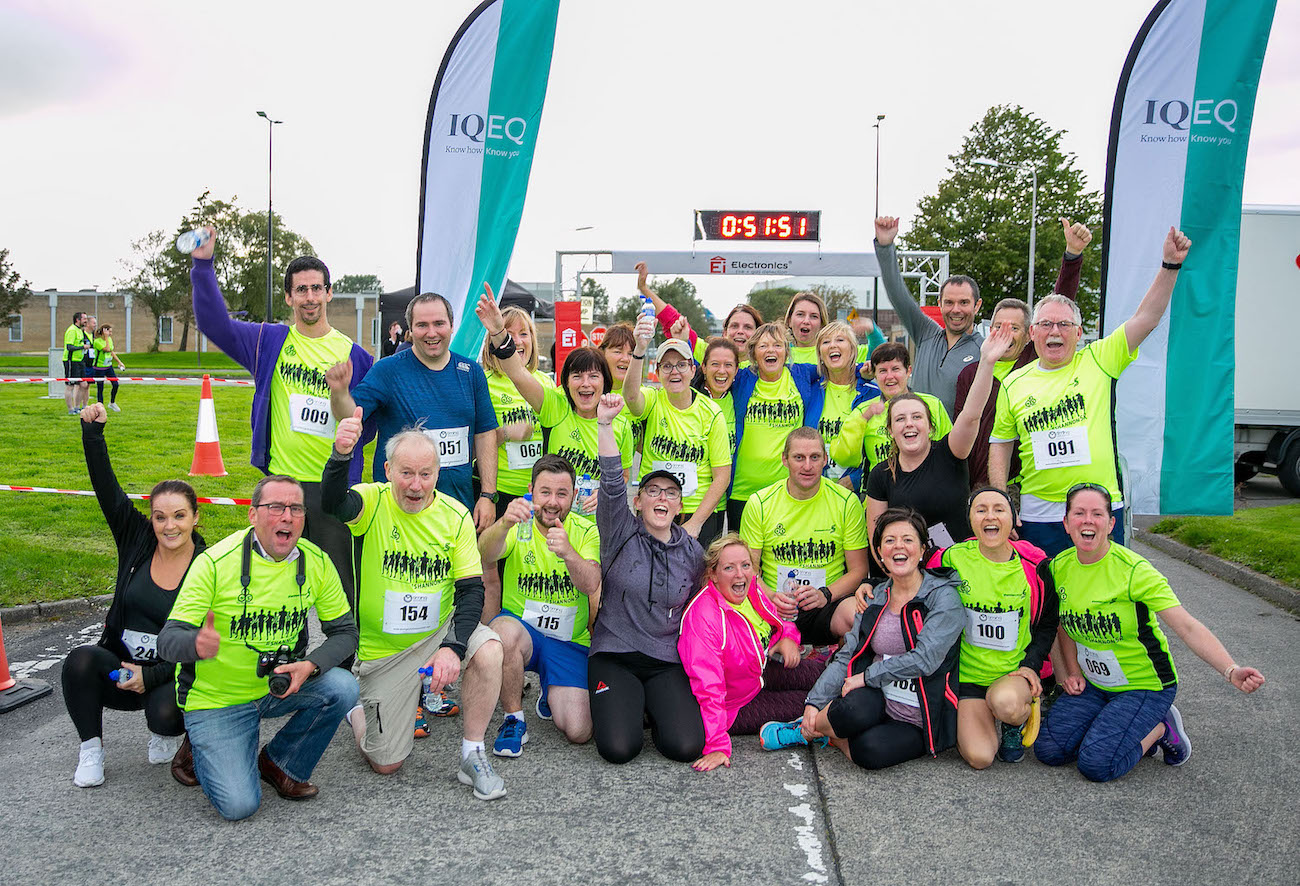 Shannon Group Charity 5k: A lot of people with varying levels of fitness signed up for raising monies for the Irish Cancer Society and Limerick Suicide Watch.

The weather held up and the number of participants surpassed expectations to make the run through the Shannon Free Zone a real success. James Sexton from HIYA Events and Entertainment and Noel Collins, aka The MET Trainer, volunteered their time to provide music and a high tempo warm-up for participants. Almost 30 volunteers from Shannon Group, Limerick Suicide Watch, and Clare Civil Defence ensured the event ran smoothly and safely.

The 200 participants went to the tape at 7 p.m. and the first of them, Noel Purcell from Shannon, was first home within 18 minutes. It was the proverbial walk in a park – industrial park for Noel who had to dash afterward straight to his local GAA club, Wolfe Tones, for training.

All participants were greeted at the finish line by Clare’s first citizen Mayor Cathal Crowe.

In addition to the medals and trophies for being the fastest male, female and team of 5, the winners received flights and pass donated by Shannon Airport and Shannon Heritage.

All participants were greeted at the finish line by Clare’s first citizen, Mayor Cathal Crowe, who acknowledged their efforts for the charity, saying, “Hats off to each and everyone who took part. A lot of people with varying levels of fitness signed up for the event and turned out on an evening when they have, no doubt, plenty on.  But they did so to raise monies for two very worthy charities in the Irish Cancer Society and Limerick Suicide Watch.”

“Huge credit also to Shannon Group, who together with Shannon Chamber, organised this event and the sponsors.  Since they started their charity programme in 2014, Shannon Group has raised over €280,000 for charity.  That shows the power of people coming together and what they can achieve, which in this case really is admirable given the causes involved,” he added.

Mary Considine, Shannon Group’s Acting CEO, said, “Our charity programme raises vital funds for charities operating in this region and events like this wouldn’t happen without the hard work of our dedicated staff. They were out again in big numbers on Thursday evening to make this charity run a huge success.

“It also promotes healthy living. Whether it’s this event or other runs and cycle events that the charity committee has organised over the years, it’s getting people out there, enjoying themselves whilst keeping active and supporting such worthy local charities,” she added.

Helen Downes, Shannon Chamber CEO, said, “We were delighted to have been associated with an event of this nature held on the Free Zone. It was a wonderful example of corporate social responsibility (CSR) in action; so many people from businesses in the wider Shannon area coming together for a common good, raising money for worthy charities, whilst enjoying themselves. We thank everyone involved, from those who helped organise it to the participants themselves and the sponsors.”