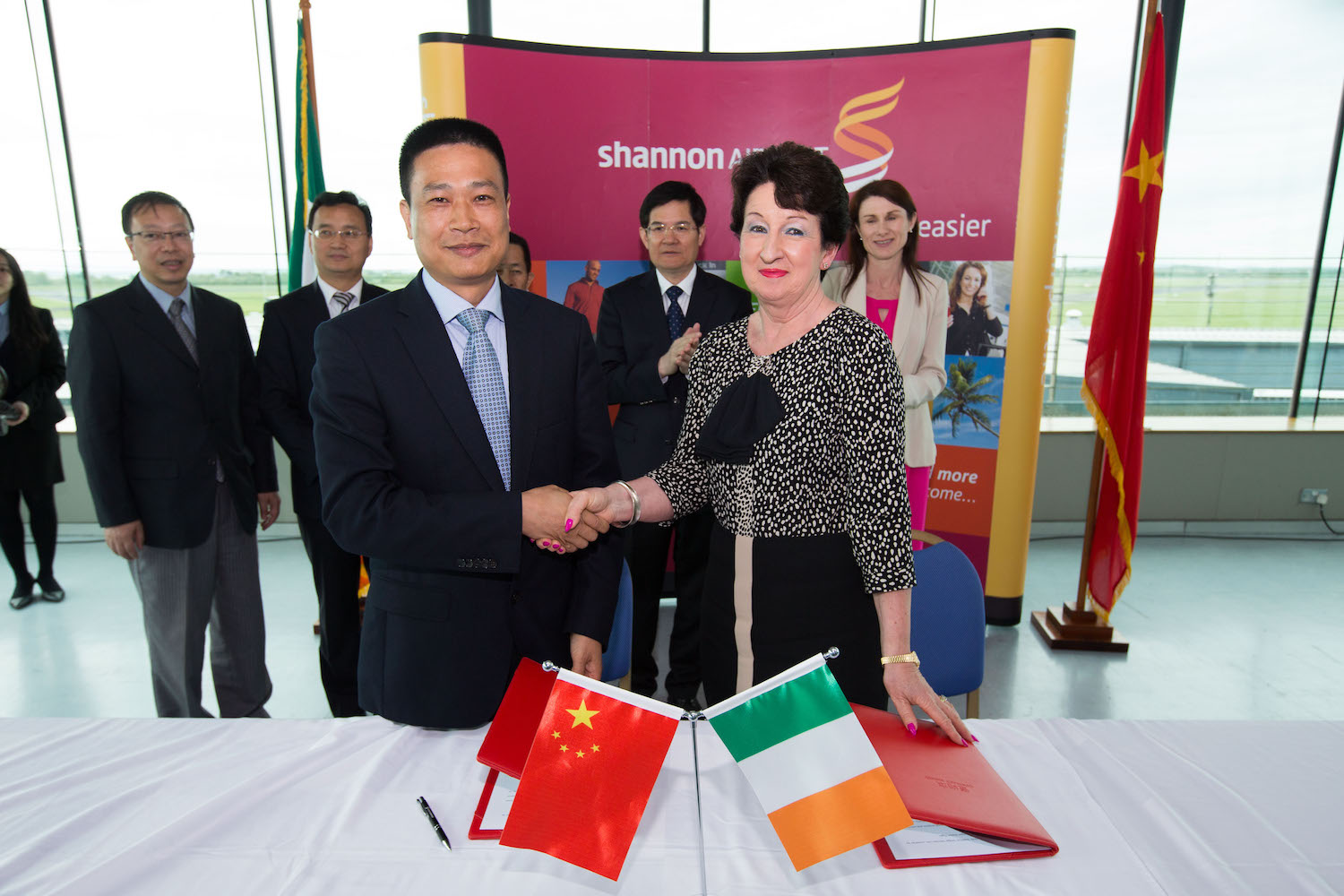 Shannon Group plc has announced the signing of an MOU with a Chinese counterpart aimed at developing business links between the two bodies and their airports.

It will seek to promote close co-operation between the airports of Guangdong province and Shannon Group/Shannon Free Zone in areas including cross-border investment, E-commerce, logistics, and the whole aviation industry value chain.

Guangdong Province is China’s most populous and richest province, centred on the heavily industrialised Pearl River Delta region in the south of the country. Guangdong Airport Authority is a state-run entity that includes Guangzhou Baiyun International Airport, which in 2015 was China’s third busiest airport and the 17th busiest in the world with55 million passengers.

The agreement is a follow-on from the signing of a wide-ranging MOU to boost ties between the Irish and Chinese governments in 2014. It was signed today at Shannon by Shannon Group Chairman Rose Hynes and Mr Wen Wenxing, General Manager of Guangdong Airport Authority. Among those present were Mayor of Clare Cllr James Breen and vice-Governor of Guangdong Province Mr Xu Shaoha.

Speaking at the signing of the MOU today in Shannon, Shannon Group Chairman Rose Hynes said, “Over the years Shannon Airport and the wider region has forged deep ties to the east and west. In a Chinese context, there is a long standing relationship with the Shannon region in particular, as evidenced by last year’s visit here by Chinese Premier Li Keqiang and by the visit in 2012 by current Chinese President and then Vice-President Xi Jinping.

“Our intention is to build on these very positive relationships by developing economic ties that will lead to tangible and mutual benefits between this region of Ireland and China and the signing of this MOU today with Guangdong Airport Authority is a very positive development in that regard. We are continuing to build our relationship and there is much work to be done but it is an important first step and we look forward to working closely with our counterparts in the Guangdong Airport Authority in the years ahead.”