Tourism Ireland in Germany kicks off its busy programme of promotions for 2017 this week – with a strong presence at CMT (Caravan, Motor & Tourism Fair) in Stuttgart. Tourism Ireland is joined at CMT by 14 Irish tourism businesses, including Shannon Heritage. 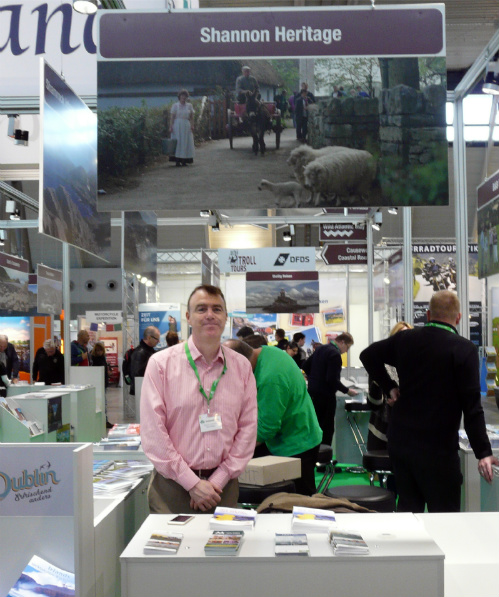 The nine-day travel fair attracted 220,000 visitors in 2016 – among them leading travel writers, tour operators and travel agents, as well as many thousands of German holidaymakers looking for ideas and suggestions for their next holiday. CMT provides a valuable opportunity for the participating Irish companies to showcase and sell their product and to communicate what is unique about Limerick, the Shannon Region and Ireland as a great holiday destination for German travellers.

Zoë Redmond, Tourism Ireland’s manager for Central Europe, said: “CMT in Stuttgart is our first major promotion of 2017 in Germany, providing an excellent opportunity to spread the word about the many great things to see and do on the island of Ireland and to entice visitors to put Ireland on their holiday ‘wish-list’ for 2017.

“2016 was another record-breaking year for visitor numbers from Germany to Ireland, with the most recent CSO figures showing an increase of over +3% for September to November. Tourism Ireland will roll out an extensive programme of promotional activity throughout 2017 – to keep the momentum going and build on that growth.”

Promoting the Wild Atlantic Way will continue to be a major focus of Tourism Ireland’s activity in Germany, and elsewhere around the world, in 2017. The organisation will also continue to highlight ease of access from Germany to the island of Ireland, including the new Lufthansa flight from Frankfurt to Shannon, announced for summer 2017.