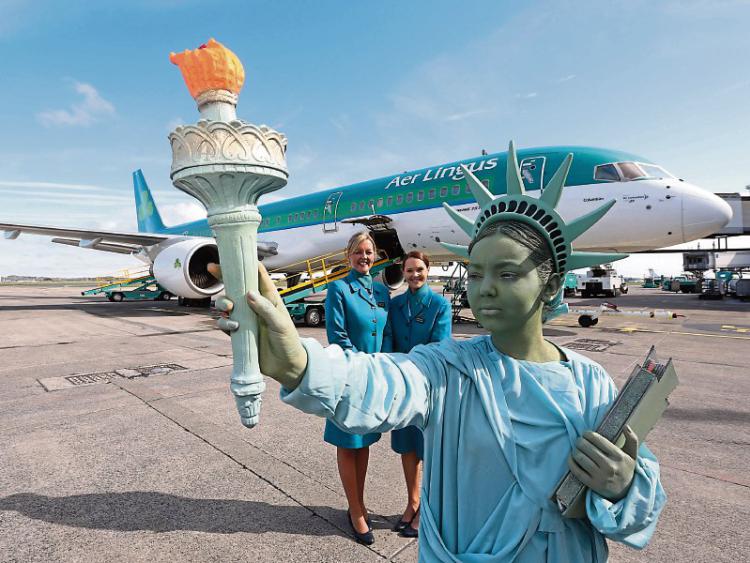 Great news has been announced by Shannon Airport that Aer Lingus will soon be operating the Shannon New York service all year-round by 2019.

Shannon Airport has welcomed the announcement by Aer Lingus that its Shannon New York JFK service will operate year-round in 2019.  Shannon is set to operate it largest Transatlantic service in 17 years with eight transatlantic services operated by six different carriers across seven destinations from Shannon in 2018.

Commenting on the announcement Matthew Thomas, Shannon Group CEO said: “We are delighted that Aer Lingus will be operating a Shannon New York service year-round in 2019. With 40% of US foreign direct investment in Ireland within Shannon’s catchment area, this is great news for our business community, and makes our region much more attractive for future US FDI.”

Commenting on the announcement Andrew Murphy, Managing Director, Shannon Airport said: “We welcome the decision by Aer Lingus to restore it year-round New York service which will benefit the business community and leisure travellers who will have more options to avail of onward connections to over 90 destinations at the JFK airport, JetBlue’s largest hub airport.”

Describing the Shannon New York JFK service as an “economically strategic connection”, Minister of State for Trade, Employment, Business, EU Digital Single Market & Data Protection, Pat Breen TD said, “This decision by Aer Lingus ensures Shannon has year-round connectivity to a key Hub with more than 90 connections. Such connectivity to the Mid-West Region through Shannon Airport is vital to Foreign Direct Investment, trade and the expansion of our indigenous companies.” 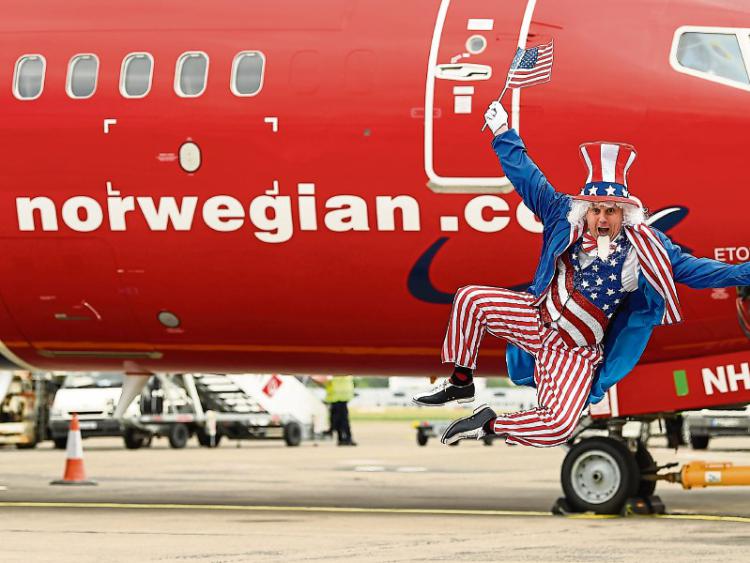 Norwegian Airlines launching its first year-round Shannon New York service which will be fully operative in 2019.

This announcement, which follows last week’s announcement by, means that Shannon Airport now has two year-round services to New York. The airline, which began services at Shannon in July 2017, is increasing its New York Stewart International Airport to a daily service.

There is further good news for Shannon airport. In January the airline announced that it would increase its New York service from two a week from the previous winter. The news of the move to a daily service further strengthens Shannon’s long-haul connectivity and its position as an important transatlantic gateway.

The increased capacity creates a major transatlantic line-up from Shannon Airport. With six airlines operating to seven destinations, Shannon now has its largest number of US services in over 17 years.

Welcoming the announcement Andrew Murphy, Managing Director, Shannon Airport said: “This expanded service will give our passengers more choice and opens up exciting opportunities for Irish people to explore amazing parts of the States and for more US visitors to explore our Wild Atlantic Way. We look forward to working closely with Norwegian to ensure the success of the expanded service. It clearly demonstrates Norwegian’s commitment to Shannon and will bring our transatlantic capacity to 565,000 seats.”

Said Matthew Thomas CEO, Shannon Group: “We are delighted to have eight services to seven airports on the US east coast. It proves the Airport’s importance as a driving force for growth and creates fantastic opportunities for the business and leisure industry along the Wild Atlantic Way. This expanded service is the result of a close collaboration involving a dedicated team of Shannon Airport and Norwegian Air International. It illustrates the huge market there is for the unique Irish tourism product on this side of the island.  To have an expanded daily service to New York speaks volumes, too, about Shannon’s significance in the transatlantic market.”

Said Declan Power, Head of Aviation Development, Shannon Airport: “2018 is set to be a bumper year for passenger choice on the transatlantic with services from Shannon Airport to New York JFK, New York Stewart International, Newark, Boston, Philadelphia, Providence and Toronto and all of the onward global connections from these airports.”

Limerick Chamber CEO Dr James Ring on Norwegian announcement for Shannon Airport said,” This is further good news for Shannon and the region. On top of the announcement by Aer Lingus this week that it is to restore services for the winter months to JFK, which will give it year-round services to what is a hugely important hub for Shannon in the US, this daily year-round service to Stewart Airport in upstate New York adds to a very positive run for Shannon.  Shannon now has its largest number of US services in over 17 years and that says a lot.

“This additional New York connectivity comes on the back of the commencement of a new service to Barcelona over recent weeks and other new services are set to start over the coming weeks to Liverpool and Bristol.  We’re really fortunate in Limerick and the region to have this level of connectivity directly into and out of the region and would ask all businesses and members of the public here to support it.”

UL Drama Society Presents: Write or Wrong, a new take on the Irish Diaspora in London.