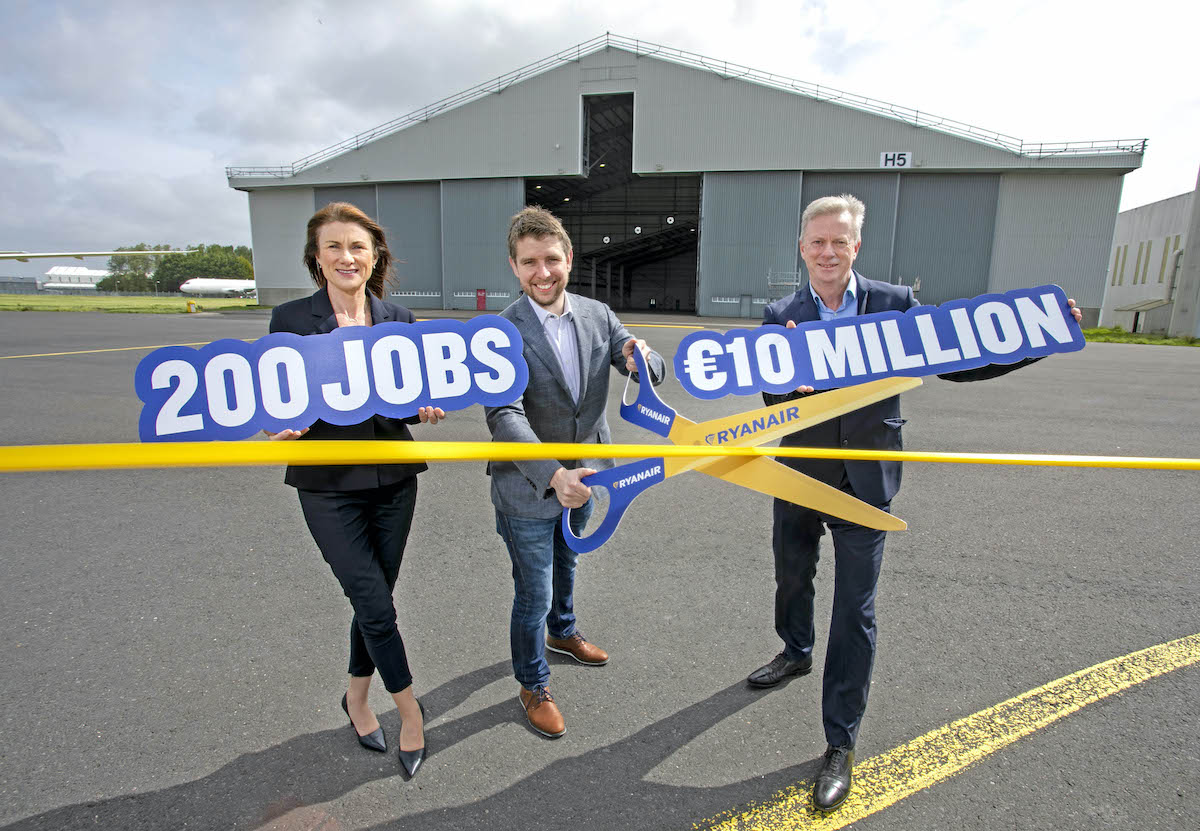 Ryanair’s investment at Shannon is “a vote of confidence” in the airport’s future, says Shannon Group CEO

Shannon Group has welcomed a €10 million Shannon Ryanair investment and the creation of 200 highly skilled jobs for the region, as the airline opens its first aircraft heavy maintenance facility in Ireland at Shannon Airport.

The investment will generate specialised jobs in the region, including licensed engineers, mechanics, and support staff.

Shannon Group has secured Ryanair as the new tenant for its 5,220 m2  hangar known as Hangar 5, with the airline set to invest €10 million in the state-of-art, three-bay facility. The new facility will support the maintenance of Ryanair’s fleet as it grows to 600 aircraft by 2026.

Ryanair has carried over 17 million passengers to and from Shannon Airport to date since it first began operating at the airport in 1985, and later opened its base at Shannon in 2005.

Speaking on the investment by Ryanair, Shannon Group CEO, Mary Considine said, “Ryanair’s investment at Shannon is a vote of confidence by them in the future of the airport. Having Ryanair at Hangar 5, one of ten fully occupied hangars on our Shannon Campus, is another significant boost for the region, creating high-quality jobs for local aviation specialists.

“The resulting jobs and investment are consistent with our strategic plan to increase economic growth and retain skills and talent in the region. We have a close relationship with Ryanair, with Shannon Airport now having more destinations served by Ryanair than in 2019.”

Ryanair Director of Operations, Neal McMahon, said, “We are delighted to announce the opening of our new aircraft maintenance facility at Shannon Airport – our first heavy maintenance facility in the country. This facility will create 200 high-skill jobs, demonstrating Ryanair’s continued growth & commitment to Ireland.

“Ryanair creates opportunities for highly skilled engineering jobs, with our industry-leading rosters and the youngest fleet in Europe. Shannon is an ideal location with opportunities to attract, train and employ local talent to support this new facility.

“This state-of-the-art 3-bay facility represents a significant €10 million investment and will support the maintenance of Ryanair’s fleet as it grows to 600 aircraft by 2026.”

·  The workspace at Hangar 5 is 223ft at its widest point, 328ft in length and is 79ft high at its highest point in the main section.

·  Shannon is home to an aviation cluster of over 80 companies involved in MRO, corporate aviation, leasing, logistics and training.