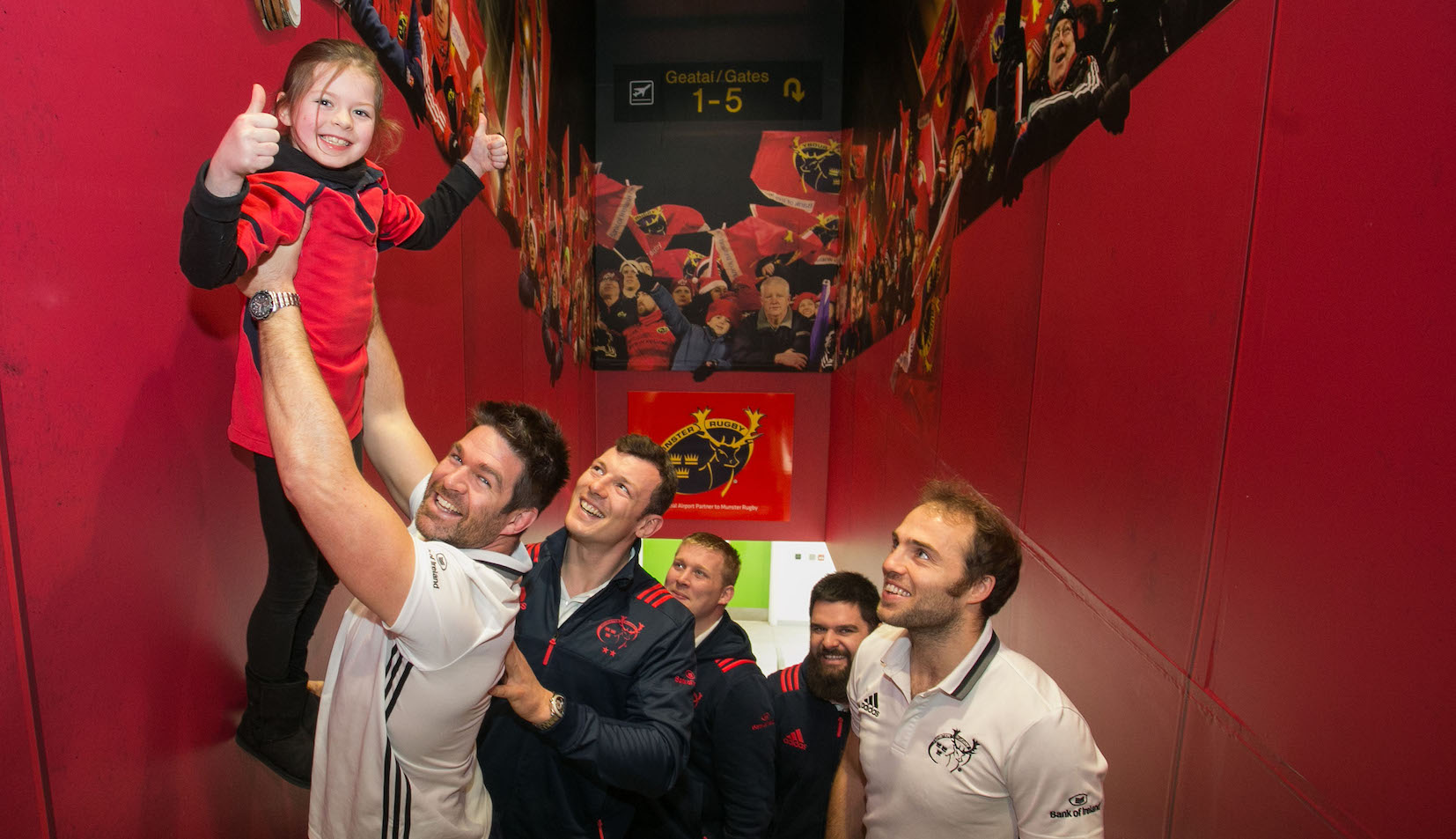 Shannon Airport paints the tunnel red ahead of Racing 92 clash

Shannon Airport paints the tunnel red ahead of Racing 92 clash

Munster players’ first steps down the tunnel for this weekend’s Racing 92 clash in Paris happened 1,300kms away from the U Arena after sponsors Shannon Airport put the finishing touches to its ‘Munster Tunnel’.

As part of its wider group of initiatives to support Munster since it announced a three-year partnership last year, the Airport has transformed the stairwell from Gates 1-5 into a permanent tunnel of red, to recreate a flavour of pre-match atmosphere.

Done in time for Munster players and fans ahead of the weekend’s game in Paris, the initiative follows other ‘Munster dressing’  of the airport, which also includes red glass walls with images of the team at departure gates and supporting signage.

A win for the unbeaten visitors over Racing 92 on Sunday at the U Arena in the first Champions Cup game to be played at the new stadium will see Munster through to the knockout stage for a record 17th time.

The sides have met five times previously and Munster have won four of the five fixtures. Racing lost to Munster both home and away last year and will look to avenge those losses this Sunday afternoon.

Said Shannon Airport Managing Director Andrew Murphy:  “Fans are passionate about Munster and Shannon is the official airport partner of the team so we are just doing our bit to whip up the excitement for fans ahead of big games. There’s no journey too big for them so we just want to send them off in style.

“We’ve had some magnificent homecomings here over the years, not least the two Heineken Cup finals when the airport was thronged with people waiting to welcome the team home. But we just thought it would be a good gesture to wish them well also on departure.

“There’s great loyalty to Munster, as there is to Shannon and this acknowledges both.”