By Richard Lynch on September 27, 2017@richanthon 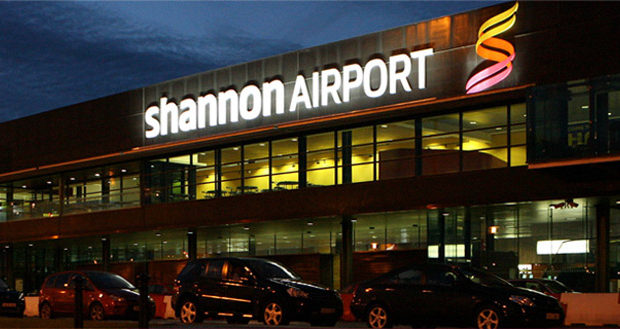 Shannon’s remarkable five-in-a-row at World Routes Marketing Awards – It completes an outstanding five-in-a-row for Shannon, which won the outright award in both 2016 and 2014 and was also ‘Highly Commended’ in 2015 and 2013, its inaugural year as an independent entity.

Shannon Airport’s reputation in the top ranks of global aviation was recognised again overnight as it completed a remarkable five-in-a-row at the prestigious World Routes Marketing Awards, held in Barcelona.

After winning the ‘Best Marketing of Airports’ awards for airports under 4 million passengers last year for the second time in three years, Shannon beat three other airports to the ‘Highly Commended’ award in the category, just behind Nuremberg Airport, which claimed top spot this year.

Shannon was the only Irish airport to feature among this year’s award winners.

It completes an outstanding five-in-a-row for Shannon, which won the outright award in both 2016 and 2014 and was also ‘Highly Commended’ in 2015 and 2013, its inaugural year as an independent entity.

The World Routes Marketing awards recognise new air route successes from across the globe, making them one of the most eagerly anticipated events in the aviation industry.

Voted on by the airlines, the airports are nominated on the basis of exceptional marketing supports during the launch of new routes or the strengthening of existing services.

This latest accolade from the top tier of the aviation industry is recognition for another very positive year for Shannon in terms of new route development, with new services from three airlines, Scandinavian Airlines, Lufthansa and Norwegian Air International starting over the past 12 months.

The strong momentum was added to just a fortnight ago also when Shannon Airport celebrated a double announcement, of new services by Air Canada to Toronto and Ryanair to Barcelona-Reus. 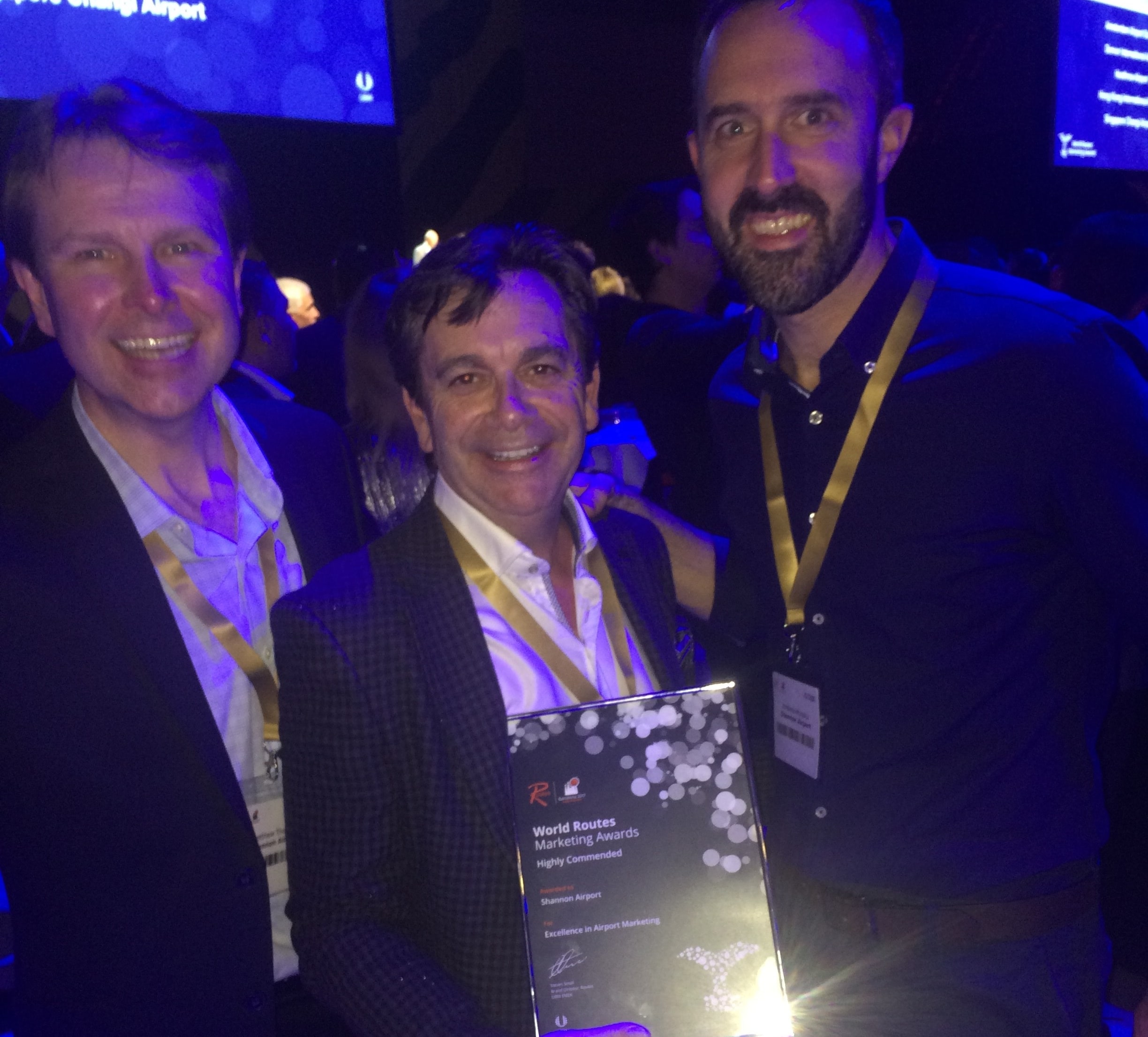 The announcement was made at a gala ceremony last night during the World Routes 2017 conference in Barcelona – a three-day event attended by 3,000 airline, airport and tourism industry representatives.

Speaking at the event, Shannon Airport Managing Director Andrew Murphy stated:  “We’re pinching ourselves again as to be on the podium five years in a row is a great achievement by any standards.  This is a huge global industry event and for Shannon to be up there year on year sends a very positive message to airlines that Shannon is an excellent airport to do business with.”

Head of Aviation Development for Shannon Airport Declan Power said:  “After last year’s success, getting on the shortlist alone this year was going to be a challenge but being one of only two airports chosen from that shortlist in such a competitive category speaks volumes about what we do.  This is a hugely competitive category as the smaller airports have to fight harder and this shows that Shannon fights very hard, which is essential for Shannon and essential for the region.”

Said Shannon Group CEO Matthew Thomas, “These awards are the most prestigious in the industry and to be recognised by the world’s leading airlines at this level five-years-in-a-row clearly shows that what Shannon Airport does for its airline partners registers very loud and clear with them and at the very highest level.  We can be very proud of this but our goal now is to stay right up there and the only way we can do that is by being unrelenting in our pursuit of the very highest standards.”