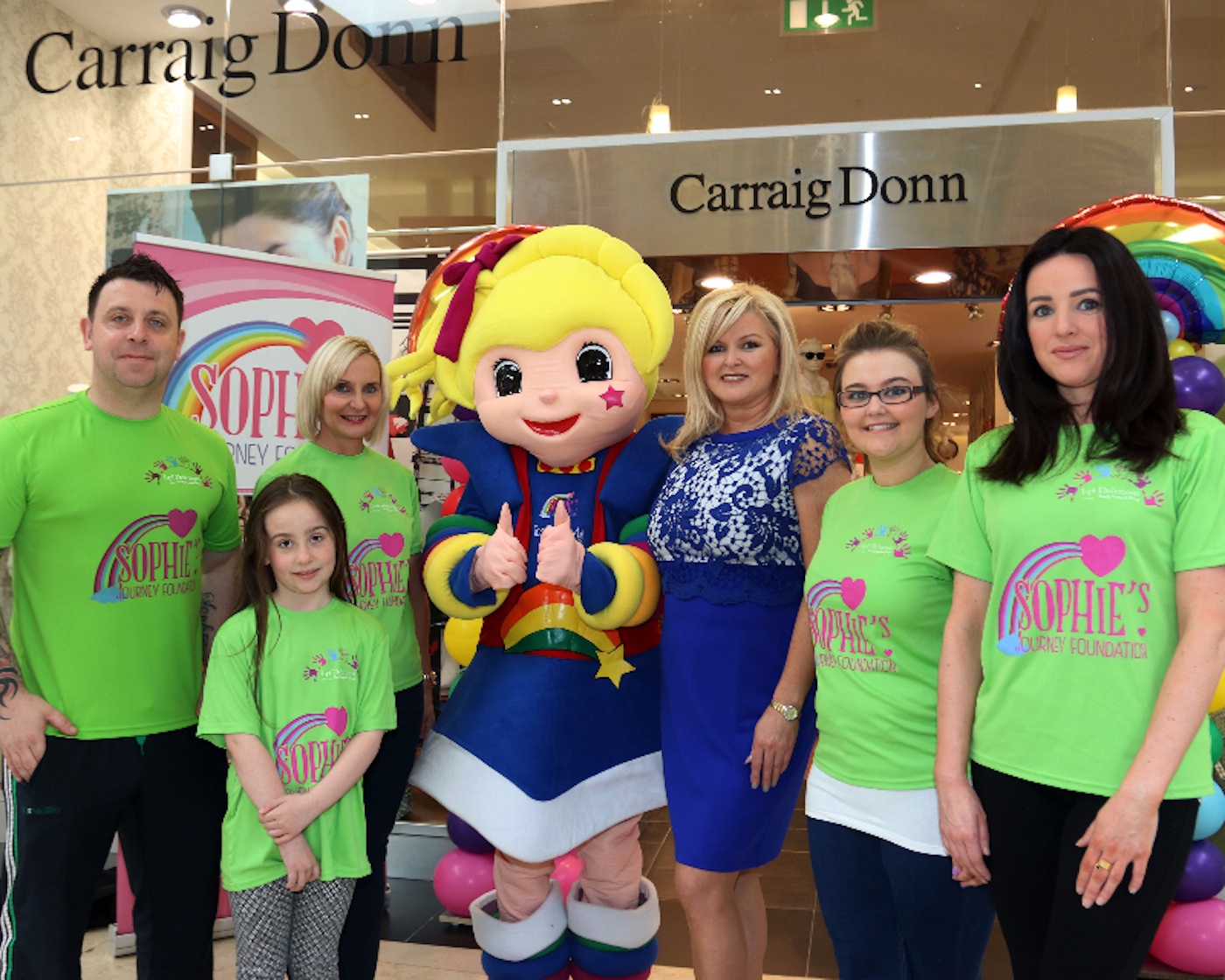 Sharon Tucker was recently involved in a Carraig Donn Fundraising event for Sophie’s Journey Foundation in the Jetland Shopping Centre.

Sophie Mulcahy who was an inspiration to so many passed away on October 23 from renal failure. Sophie who was only 8 years old when she passed away, fought for her life since the day she was born. Sophie spent 7 months in Our Lady’s Children’s Hospital in Crumlin, where she underwent six heart Operations and was ventilated for six months in ICU.

Despite suffering from a rare genetic condition Sophie was not limited by her disability; Sophie could not walk or talk but yet competed in half marathons and numerous other sporting events. Sophie was a little girl who inspired so many to achieve their goals. Charity cycling club Cycle 4 sick children, was also developed because of Sophie. Cycle 4 sick children generate much-needed funding and awareness for children with disabilities.

Sophie sadly passed away in October 2014. She has left a huge legacy which her family want to continue.  Sophie’s Journey was developed by Liam and Stacey Mulcahy as a foundation in January 2015 to support families who have children with were life limiting conditions, in memory of their daughter Sophie.

As a result of the event, Carraig Donn raised a large sum of money for Sophie’s Journey through raffle tickets sales with fabulous prizes sponsored by local businesses. They provided tables full of treats for the children and a beautiful archway of colourful balloons, which made this event very special.

Speaking to Sharon after the event she said “it was great meeting so many customers and assisting with their purchases as well as having a chat to each one individually, everyone was so kind. Well done to manageress Suzanne Mulcahy and her amazing team in Carraig Donn for putting on a fabulous event for such a worthy cause”.