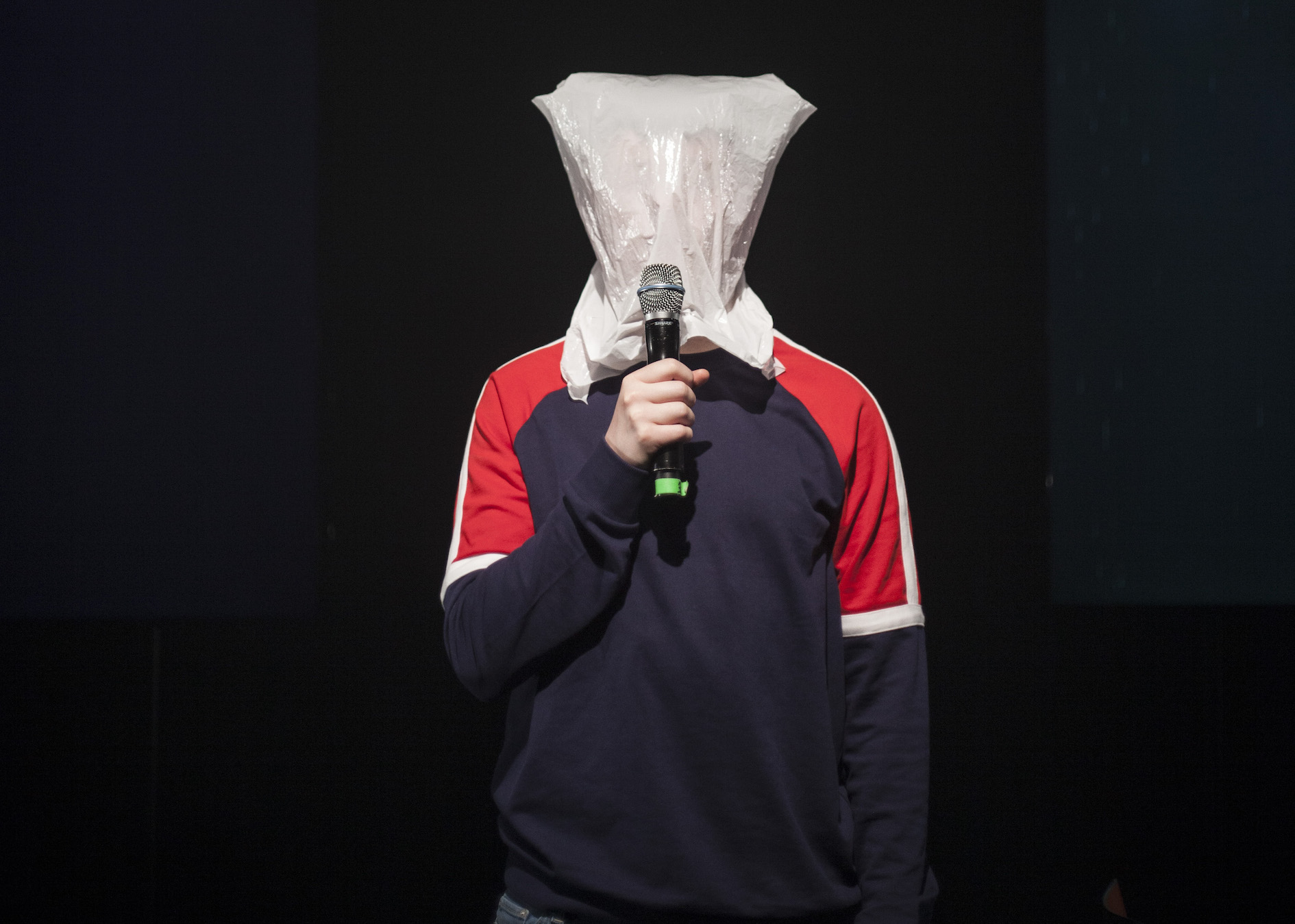 Shaun Dunne and the Talking Shop Ensemble present Rapids, a smash hit play that looks to playfully and respectfully make the private public.

In an effort to explore instances of disclosure and the stigma surrounding men and women who are HIV+ in Ireland today, the theatre-making collective ‘Talking Shop Ensemble’ along with writer and performer Shaun Dunne have joined forces to present their new show Rapids, a smash hit play that looks to playfully and respectfully make the private public on March 7 in the Lime Tree Theatre.

In making this piece, the company have collaborated with several groups from the HIV+ community. From young men in rural Ireland to migrant women seeking asylum, this form-flipping piece of documentary theatre will take you through the myriad of perspectives and experiences that compound what it means to live positive in this country.

In the making of Rapids, Shaun Dunne and Taking Shop Ensemble have collaborated with several groups from the HIV+ community around the country.

Writer for the production, Shaun Dunne said “For the past two years, we have been making this show. During that time, we have met with members and allies of the HIV+ community here in Ireland. Our main impetus has always been to playfully and respectfully make the private public. This is easier said than done”

“A lot of people here are afraid to speak about their HIV status. Many people refuse to even say the words. For two years, we have met with men and women of all ages, across all spectrums and we asked them to open up about something they seldom open up about.”

Shaun explains people’s reluctance at first to open up about their experiences. “We told them we would abstract their words and stories. We promised that we would never betray their confidence and that we would make sure they were safe. When they started talking, they wouldn’t stop.”

When talking about the subject matter of the show, Shaun said “Rapids is a stylised truth. When watching this work, we would like you to remember that these are real experiences that actually happened. The contributors of this work have confided in us and now we are confiding in you. This is a show about the act of disclosure. The moment something is told that can’t be taken back. We wanted to make this work because we know there are so many stories and experiences that remain held inside people’s heads and hearts.” “Particularly about sex. Particularly about sexual health. Particularly here.”

Love & Suppression is a short film created by ACT UP Dublin that aims to dispel the myths surrounding people with HIV and stars  Robbie Lawlor and his partner Maurice.

Love & Suppression is a short film created by ACT UP Dublin, introducing the Undetectable=Untransmittable movement. More commonly referred to as U=U, it seeks to mainstream the fact that those living with HIV, who are on effective treatment and have an undetectable viral load cannot pass HIV on to their sexual partners.

In the film, Robbie Lawlor and his partner Maurice share their story as a couple. The two have participated in the PARTNER Study which analysed 58,000 condom-less sex acts between mixed HIV status couples. During the study, no new HIV transmissions occurred if the HIV positive partner was ‘undetectable’: when the virus becomes so low in the body following medication it cannot be passed on.

Robbie Lawlor is active within the HIV community since his diagnosis in 2012. He found his adjustment to living with HIV difficult due to the side effects of medication, living in a deafening silence, and the incessant fear of being ‘outed’. Robbie was determined to turn his HIV story around and make a better life for himself and others living with the condition. He set up Ireland’s first one-on-one peer support network with the social work department in St. James Hospital. He became an event organizer in the social group organization, MeetUp Plus Friends. This organization sets up events around Ireland for people living with HIV, such as cinema trips, walks, running sessions, and a very popular drinks night. Other projects included creating visibility around HIV, the issues surrounding HIV and informing the public about their important role in overcoming these issues. To create a platform in which to discuss these issues Robbie became Mr Gay Ireland in 2014 and continues to work within the LGBT community. To further his credibility and augment his platform for HIV activism, Robbie is currently completing a masters in Sexuality Studies. Working with various UK NGO’s such as Stop AIDS, Youth Stop AIDS, and Restless Development, Robbie wishes to use his experiences to implement effective strategies to break the stigma surrounding HIV in Ireland.

For more information on tickets to the show Rapids, click here