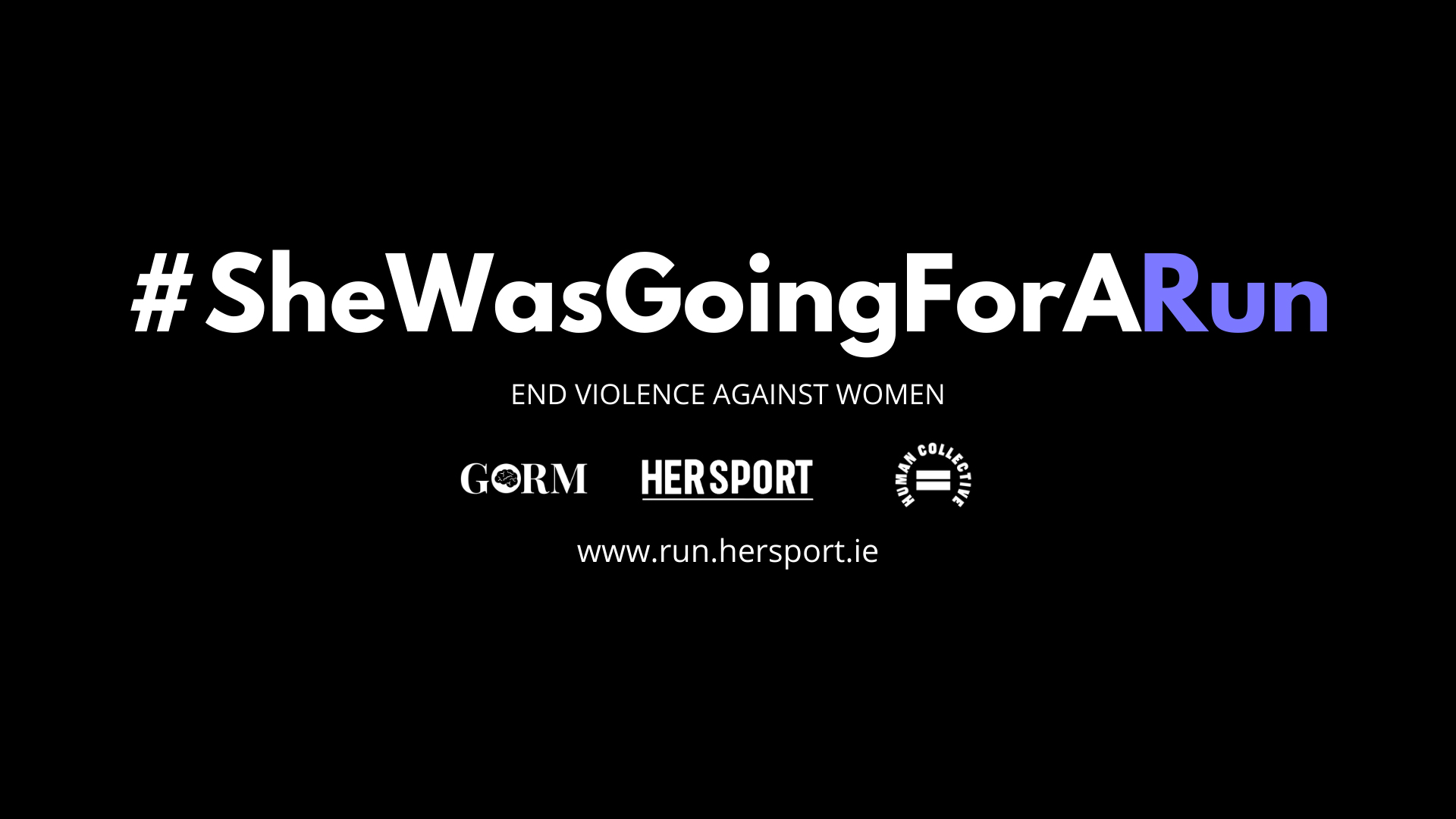 Gorm Media, Her Sport and We Are Human Collective have launched the SheWasGoingForARun campaign to raise awareness around violence against women and to fundraise for Women’s Aid.

Since 1996, 244 women have been killed due to gender-based violence. On January 12th, Ashling Murphy was tragically murdered along the banks of the Royal Canal in Tullamore, as She Was Going For A Run.

The SheWasGoingForARun Campaign aims to actively combat violence against women by awareness-raising, fundraising, online content and community building.  On Saturday, March 6, commemorative runs/walks across the nation will be held in honour of Ashling Murphy and all the victims of gender-based violence. The campaign raised just under €3000 within the first 3 days of launching and has had over 150 signups with people running across the country. The run will be organised by local clubs and communities and proceeds will go to the Women’s Aid.

Speaking about the SheWasGoingForARun campaign, Mamobo Ogoro, Founder of Gorm Media said,  “Violence against women is a global issue that recently shook the core of Ireland once again. Ashling Murphy and countless other women such as Urantsetseg Tserendorj & Mary O’Keffee have lost their lives due to gender violence. At Gorm, our mission is to unify through open conversations on the issues that matter, and by collaborating in this campaign, we believe that we can actively combat our understanding of gender violence in Ireland. We believe that regardless of the time of day, standing, walking or running, no woman should feel unsafe in the streets of Ireland.”

Niamh Tallon, Founder of Her Sport said “Fear is something women experience on a daily basis. This tragic incident is something that really resonated with our audience at Her Sport. As an organisation, we know we can’t solve the problem, but we can make some contribution to raise awareness, funds and educate around violence against women. We really want to bring the nation together to show solidarity, but also take back the power and not encourage further fear.”

About the people involved:

Gorm Media is a start-up impact focused digital media company. Its mission is to unify communities by having young people use their voices. With a vision to spark a movement of unity and shared understanding, Gorm aims to curate common ground through conversations that matter.

Her Sport is a digital brand, community and movement, centred around all things women’s sport. Their fundamental goal is to empower girls and women through the power of sport.

We Are Human Collective are a collection of individuals who believe in spreading a message of equality and supporting social inclusion. Human Collective designs Irish Urban Leisure clothing that’s environmentally sustainable and socially inclusive to achieve this.

To take action and take part in the campaign visit HERE