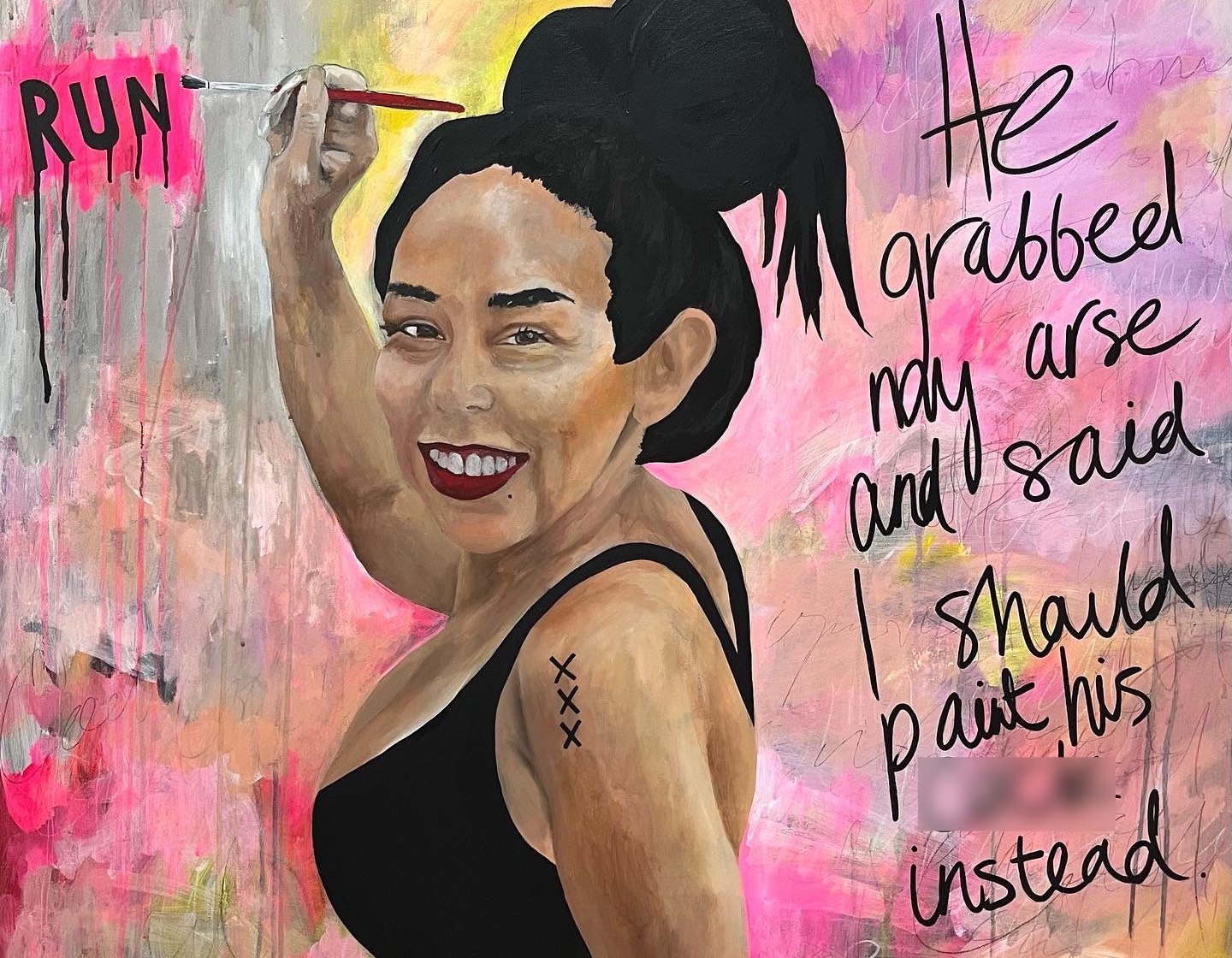 Through the power of art, Shirani Bolle aims to start a conversation about the relationship between everyday harassment, such as catcalling and inappropriate ‘lads banter’, and the more serious forms of sexual assault.

Limerick artist Shirani Bolle is gathering stories about experiences of sexual harassment from women all over Ireland and making works of art based on these stories, with the view to hold an exhibition within the year.

Through the power of art, Shirani Bolle aims to start a conversation about the relationship between everyday harassment, such as catcalling and inappropriate ‘lads banter’, and the more serious forms of sexual assault, violence towards women, and murder.

Shirani is inviting women around the country to submit stories about their own experiences with sexual assault. Shirani Bolle stated, “With these portraits, I aim to highlight as many stories of men’s harassment or violence towards women as possible.

“I’m looking for people to submit any stories that they feel comfortable with sharing in order to be used alongside their image for a portrait. If you currently do or have ever used female pronouns, I would like to hear from you.”

Shirani spoke about the meaning behind a painting of herself that will be used in the exhibition, describing her own experience of sexual assault. She was assaulted by a random man while painting a street art mural for the Repeal the Eighth referendum in Dublin.

Shirani said, “If I’m honest it was an incident that completely put me off doing street art even though it is something that I love. It made me too aware of how vulnerable I was making these political statements standing alone painting a wall in public. It made me aware of how angry that would make some men and how was only they would try to stop me. In essence, I was silenced.”

However, Shirani Bolle is no longer silenced and through her talents wants to create art that will bring women together to open up about their experiences with sexual harassment.

“These days it’s easy to feel powerless with all that is going on, so I wanted to do something positive to create change and take some power back! For the project, I’d like a huge range of stories-nothing is too big or too small if you felt impacted by it,” Shirani commented.

To submit your story or find out more about Shirani Bolles’ artwork, go HERE

Related Topics:Shirani Bolle
Up Next