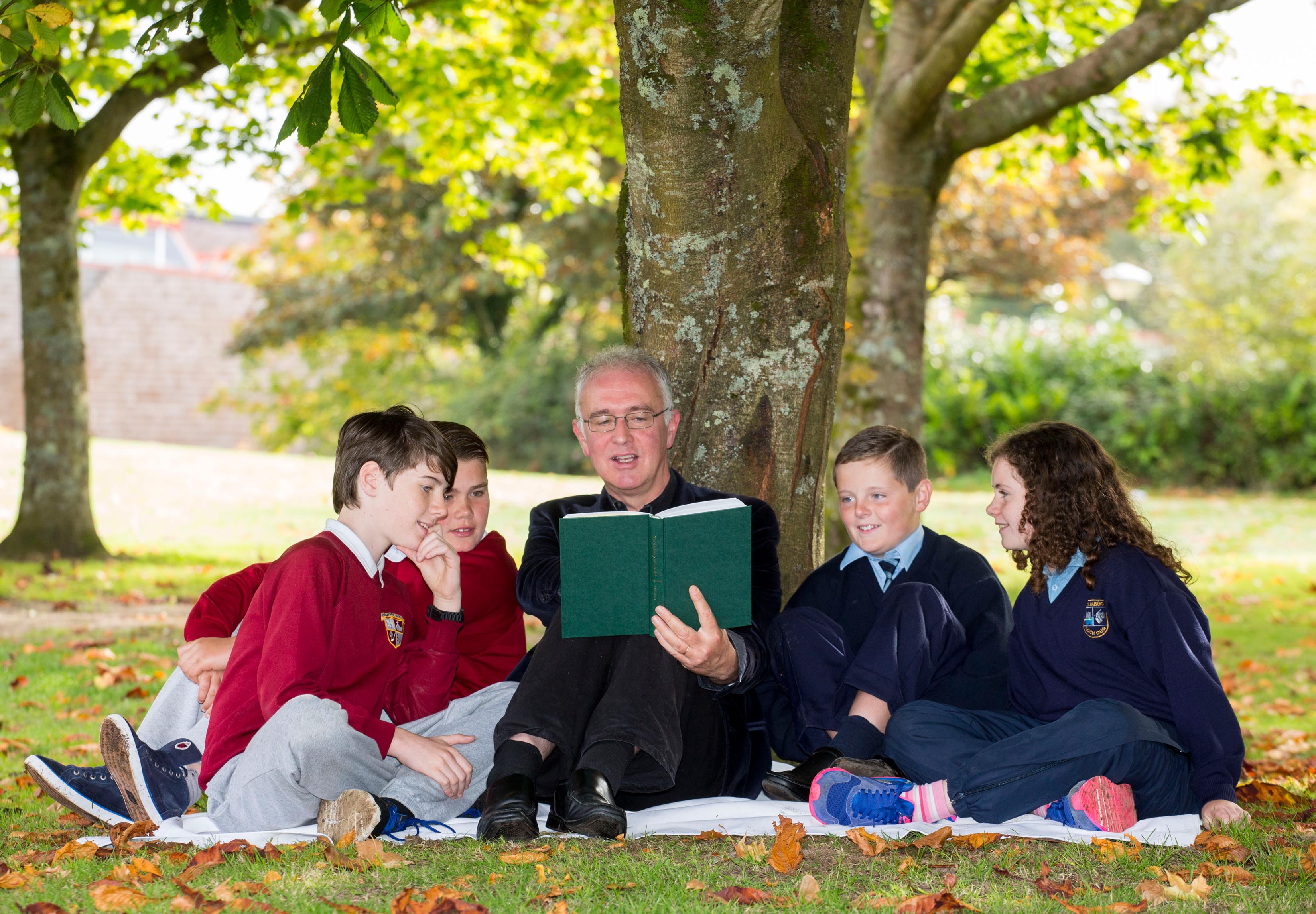 Winners of one of Limerick’s biggest ever writing competitions have been announced in the University of Limerick. Eight students from Primary, Secondary and third level students were awarded by the competitions judge, Joseph O’Connor at a ceremony in Plassey House in the University . The short story competition was part of the new schools category in the Going for Gold initiative where students are invited to write a short story with the theme ‘How would you make Limerick a better place?’

The competition followed on from last year’s hugely successful ‘Design a lapel pin’ category, where 11 year old Anna Kinsella from St Patricks Girls Schools’ winning design was made into a lapel pin and distributed throughout Limerick.

The short story competition had a prize fund of €10,000 and was sponsored by the JP McManus Benevolent Fund. The competition was open to primary, secondary and third level students. The first prize winners in each category will have their winning stories published in the Limerick Leader newspaper.

Commenting on the competition, Joseph O’Connor said; “As a writer with an immense affection for Limerick and Limerick people, I was deeply touched, time and again, by the quality of these stories.  What struck me was the huge pride these young people have in their home-place, their strong sense of loyalty and love for Limerick.  Some stories were funny, others gritty and powerful, but all had the most important thing in any story – heart. With such fantastic young people willing to put pen to paper with their ideas, Limerick’s future is surely bright and strong.  I congratulate every single one of the young writers who entered this competition. They have stood up proudly for their city and county. They believe in it. So should we. These young people deserve our warmest admiration. They certainly have mine. I thank the magnificent teachers who have inspired and encouraged these writers. And I sincerely thank the sponsors for an ongoing loyalty to fostering all that is best about Limerick.