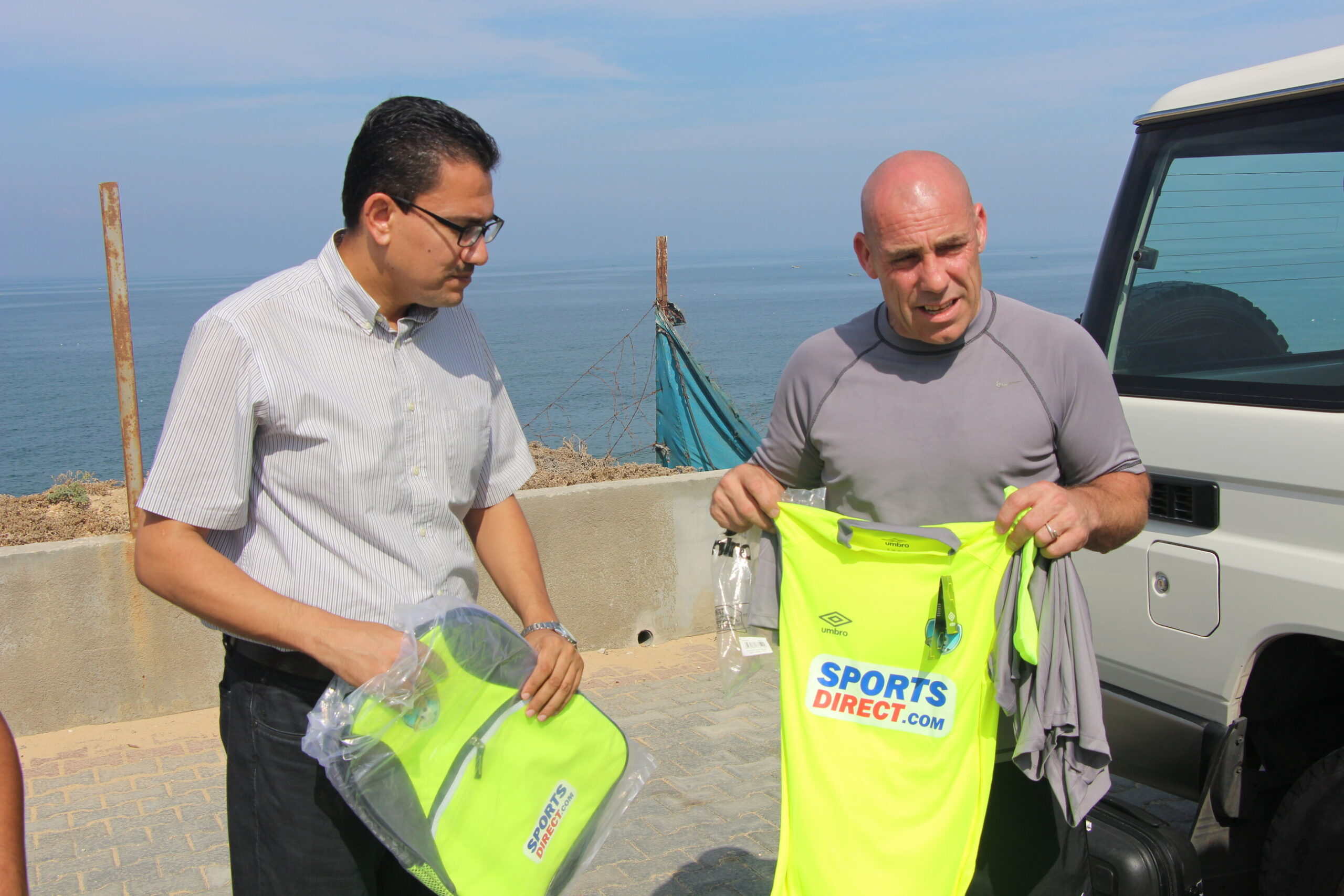 Simon Baker is fundraising with Mr Ahmed Mousa (pictured above) who wants to create interaction between students, teachers and donors.

Mr Haidar Mousa, the school director of Azhar Palestine School Gaza has sent out a thank you message to all those who donated to the school.

Simon Baker said, “I am due to visit Gaza in October all being well so hopefully I will have reached my target, of €10,000 before then. It’s been one of the toughest fundraisers I have done more so because of all the investigations and documents with compliance and hopefully, people can feel some connection with the schools and see first-hand where the funds are being spent and hopefully support more children”.

Simon Baker from Adare, Limerick has set up a GoFundMe to help fund a fundraiser for Azhar Palestine Model Primary School for Special Education and Learning Disabilities. So far, €610 has been raised of the €10,000 goal.

Simon works as a housing manager for Embury Close but in his spare time, he organises amputee football, getting amputees back up and active and building their confidence, health and wellbeing. He lost a leg in a building site accident in 2004. Since then, he has pushed every boundary to prove that amputees can be athletes. Over the years, he has developed a program that the ICRC International Committee Red Cross has adopted. ICRC helps people with disabilities fight stigma and gain confidence through sports, as part of its physical rehabilitation program in Gaza.

Simon says, “I want to keep this non-political and stay away from the politics and issues arising from the recent troubles. I do feel very strongly about raising funds towards a cause whereby innocent children should not be losing their lives, homes or education as a result of poor decisions by politicians and those in charge”.

In 2019, Simon was invited to the Gaza Strip to work on an amputee football project.  While he was there, he was invited by Mr Ahmed Mosa to visit the Azhar Palestine Modal Primary School for Special Education and Learning Disabilities.  This school is needed more than ever now and it is important that education and support services for these children are resumed as soon as possible.  Simon Baker is fundraising

Azhar Palestine is a non-profit organization that was established in 2016. It runs the school which is the only school in the Gaza Strip providing special education services to over 90 children with various learning disabilities.

As seen in the media Gaza has experienced serious destruction of buildings, infrastructure and loss of life. Simon said, “while it will take years to repair and rebuild the long-term psychological damage to people’s mental health and wellbeing, no one was affected more than the innocent kids. Now is not the time to look for blame and get into politics, now is the time to help support and focus on the future education of these children”.

Gaza has some 1,600 amputees among a population of 2 million people. According to the Ministry of Health, 136 people lost limbs since violence escalated in the border areas one year ago.

Simon has set up an official Facebook page for Azhar Palestine Modal Primary School for Special Education and Learning Disabilities in Gaza and is working and coordinating with Mr Walid Alnabahin, the fundraising and projects office in the school and Mr Ahmed Mousa, the chairman of the Parents of Children Council. Simon says, “Our intention is to build a big following and we hope to create a direct interaction with pupils, teachers and donors. This way people can see where their funds are going and also show others that we are here for them”.

To donate to this fundraiser go HERE

Related Topics:simon baker
Up Next