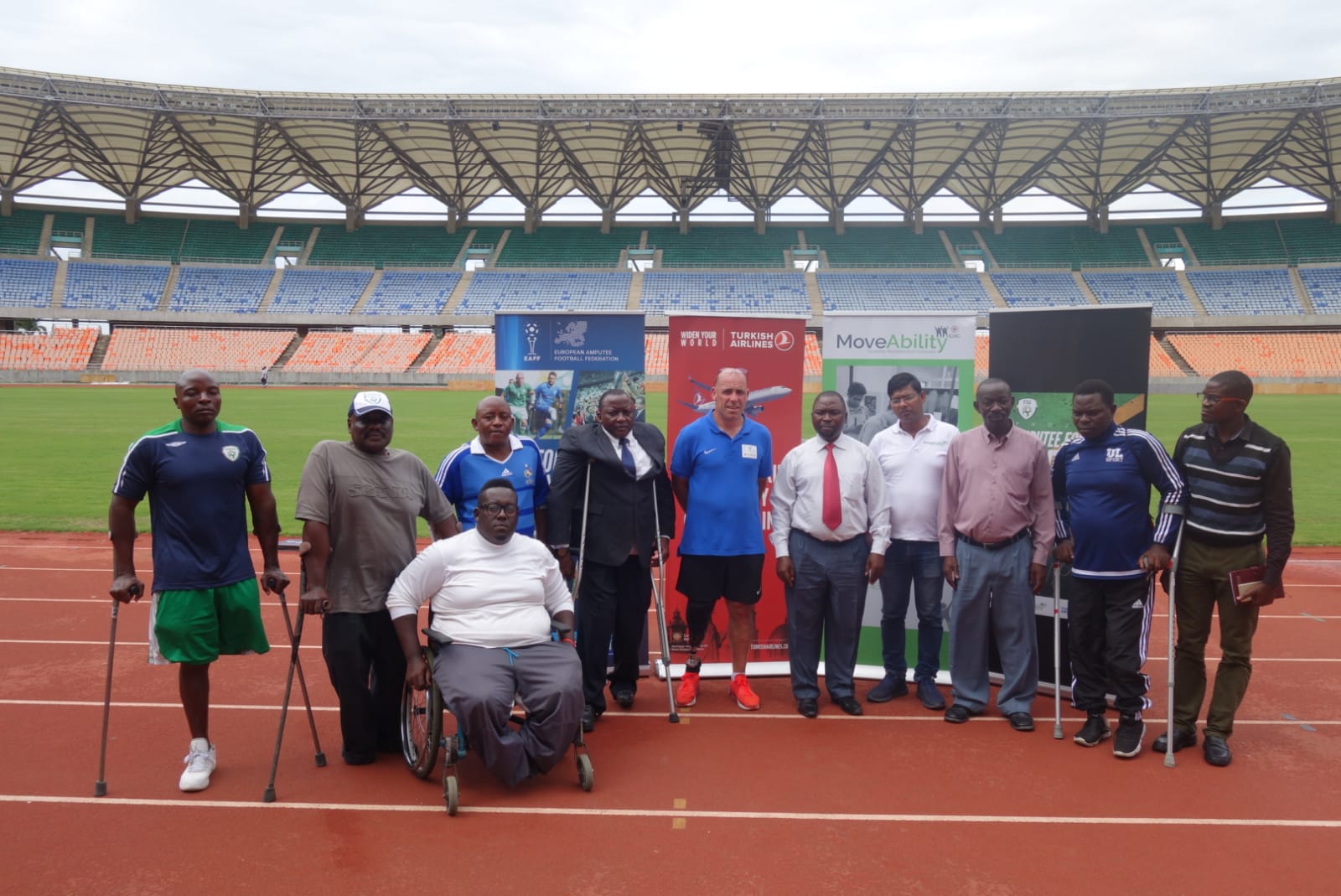 Project Amputee Football Tanzania was launched in July this year when the Football Association of Ireland (FAI) have been working in partnership with the European Amputee Football Federation to develop amputee football in Tanzania and support the ICRC MoveAbility program for the Tanzania Paralympics Committee.

The project aims to help educate and develop a National Tanzania league, to promote and develop the sport of Amputee Football in Tanzania and to continue to help and provide support after the visit towards the further development of persons interested in Amputee Football across Tanzania. Simon Baker has appealed for the donation of football kits and equipment in June.

During the trip, Simon had a meeting with the Minister of Sports of Tanzania who was impressed by the project.  “After meeting with the Minister of Sport I was able to ensure the support from the minister for TAFF (Tanzanian Amputee Football Federation ), I showed the minister the goals and targets which I have set for TAFF and a time frame which I have given them to meet these goals.”

“I have requested the Ministry of Sports support TAFF by helping them with training facilities, water, and storage and even give them some small office space, ” said Simon.

Simon set targets for TAFF and requested that in the next 3 months they must hold three league tournaments and one national training day.

“In this time they will look for the best 15 players from their pool of 80 plus from Dar es Salaam who will be announced as the first players to represent TAFF International side.  If they meet the targets set by me I will return in November whereby I will purchase their first National kit of the TAFF. “

He has also requested TAFF establish a junior training program working with the Salvation Army school for the physically disabled. Mr. Baker said, “The minister was happy to hear the idea”.

From the visit of the Salvation Army School for disabled children, they have ensured that TAFF has enough kit and training equipment to establish 6 league teams and 4 junior teams with sufficient equipment and gears.

The group from Irish Amputee Football Association spent a day visiting Salvation Army School for Disabled Children, bring with crutches, football boots, and football kits. Simon requested that the newly formed Tanzania Amputee Football Federation to visit the school once in every two weeks where they will carry out football training sessions for children there. Also, He asked the school to establish the first junior amputee football training academy for contributing young players for TAFF.

Over seven months, the European Amputee Football Federation and the Football Association of Ireland have helped TAFF register as an official organisation and establish a committee.

“I feel this project is a good model for future such projects working in partnership with other football associations like we have done with the Football Association of Ireland.  I am already in talks with ICRC MoveAbility and we are talking about Gaza as our next project for the establishment of amputee football.”

The whole trip was supported by FAI with providing a professional coach and a videographer for recording footage, DHL for shipping kits and equipment while the Turkish Airline helped with reduced airfares and extra baggage allowance.

For more information on Football Association of Ireland, go here

Huge excitement as Limerick triumph in the hurling semi final