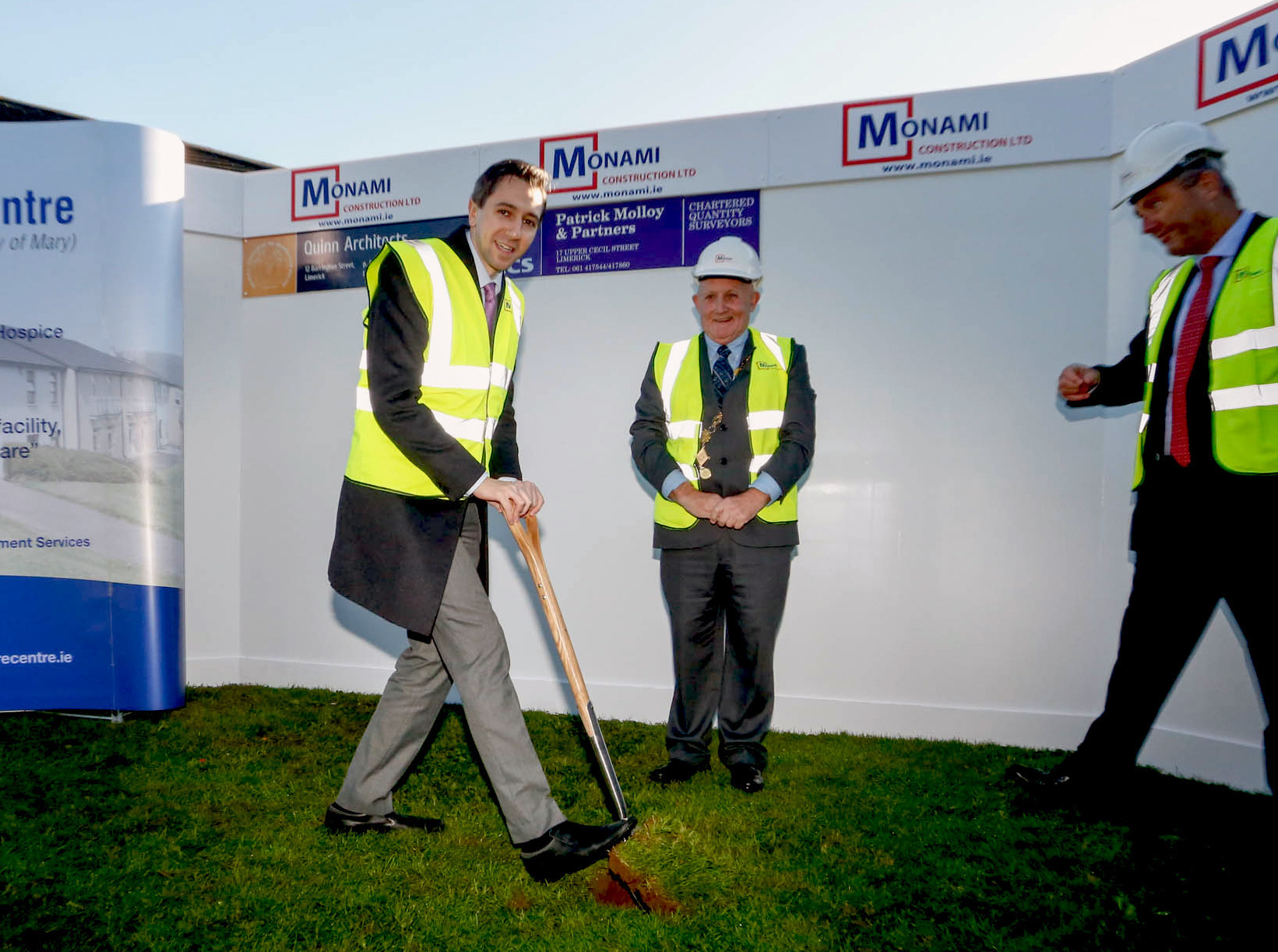 Simon Harris, Minister for Health, attended Milford Care Centre this Monday where a project for a new €11 Million facility at the hospice care centre was officially launched with a sod-turning ceremony.

The project will include 34 single palliative care rooms as well as the expansion of the existing nursing home. The project is hoped to be completed by December 2017.

Speaking at the sod-turning ceremony at the Milford Care Centre on Monday , 24 October, Minister Simon Harris said, “Successful development of palliative care services in Ireland has been based on a long-standing tradition of positive engagement between the voluntary and statutory sectors. Milford Care Centre has played a vital role in this by collaborating with the HSE in a very positive way on a range of fronts to strengthen the provision of palliative care.”

The Minister for Health commented on the effort of those involved, hailing the Milford Care Centre services, and the work they do. Paying tribute to the staff and volunteers “who help to ease what can be a very difficult time for patients and families”.

Pat Quinlan, Milford Care Centre CEO said, “This building programme will involve the expansion of Milford Hospice to 34 beds and its reconfiguration to all patient single occupancy rooms, as well as increased overnight accommodation facilities for families.

“In tandem, bed capacity in Milford Nursing Home will expand from 47 to 68 beds, again with a reconfiguration to all resident single occupancy rooms.”

If you would like to find out more information about Milford Care Centre, you can find their website here.
Here you can read more stories about healthcare.

Hudson Taylor return to The Big Top this November 11