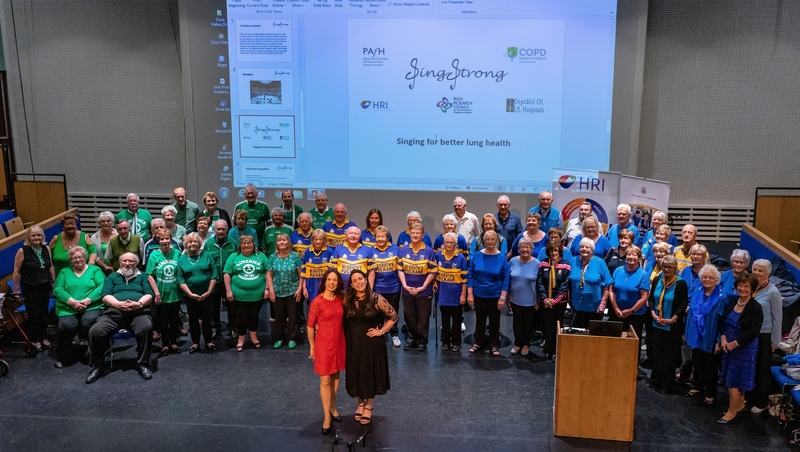 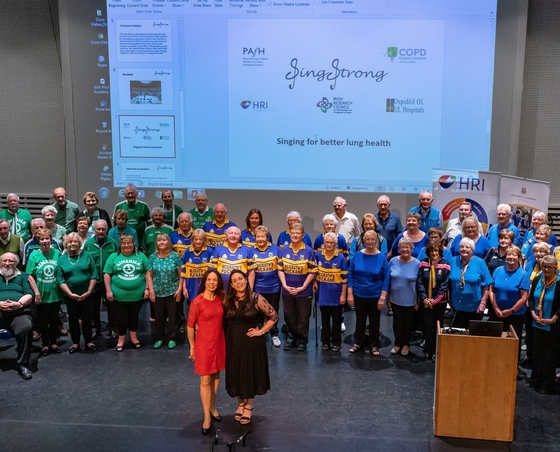 Sing Strong choral choir is a groundbreaking singing choral choir who were brought together by vocal coach Ciara Meade and Roisin Cahalan, a lecturer in respiratory and cardiovascular physiotherapy at the University of Limerick.

The Sing Strong choral choir project was designed as a community singing intervention aimed at addressing some of the physical and psychosocial problems suffered by people with Chronic Obstructive Pulmonary Disease (COPD).

COPD is a disease that causes narrowing of the airways in the lungs which can, in turn, lead to airflow obstruction. COPD is an umbrella term which includes emphysema and chronic bronchitis. It may even be possible to have a combination of both diseases. It is common for many of those who suffer from COPD to be smokers, however, this is not always the case. COPD can be formed from living in an environment where smoke exposure is present or an environment that is hazardous for the lungs. Many smokers may not even realise they are suffering from COPD and put it down to the side effects of excessive smoking. Symptoms of COPD include shortness of breath and frequent wheezing or coughing.

In addition to the overwhelming economic burden the disease places on the Irish healthcare system, the impact for the individual and their family can be devastating. As well as many physical complications, patients often lack the endurance or confidence to participate fully in their lives, leading to isolation, social exclusion and co-morbid depression and anxiety. Many patients also experience stigma and intolerance due to the established link between cigarette smoking and COPD. 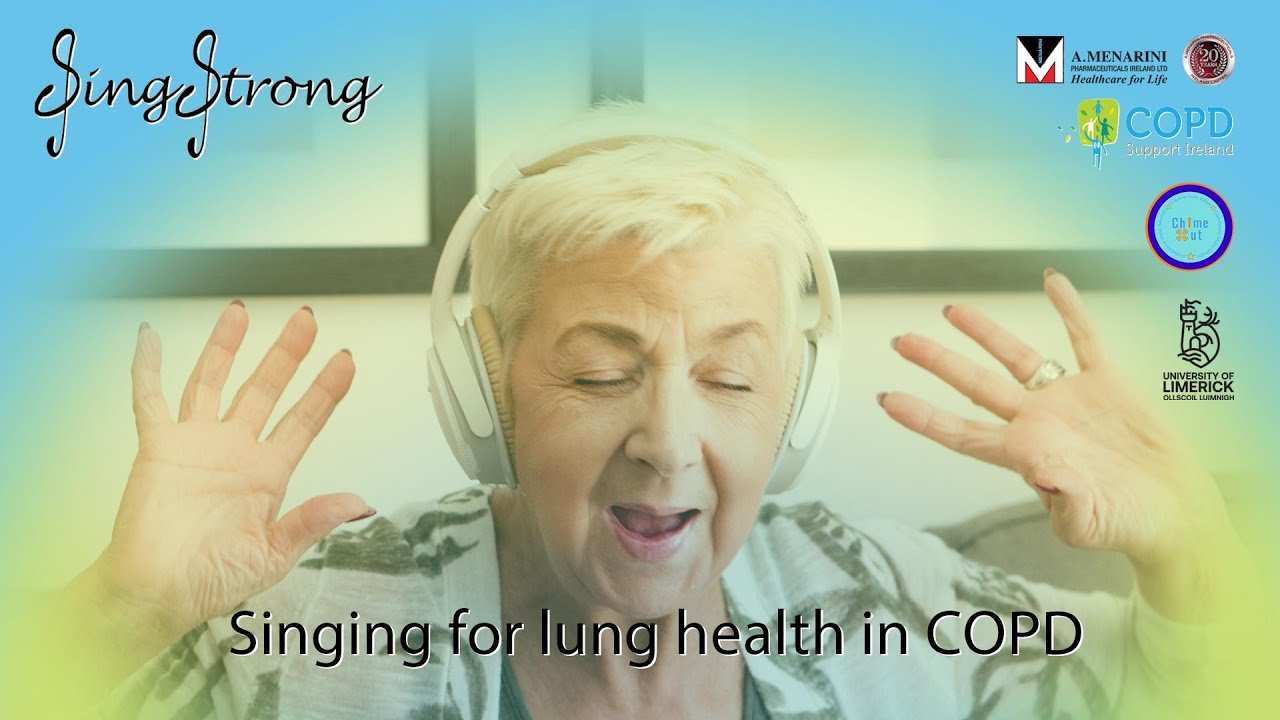 COPD is a disease that causes narrowing of the airways in the lungs.

Sing Strong was set up in a bid to combat this inflammatory disease. Sing Strong was first established two years ago and initially consisted of three COPD support groups in Limerick, Ennis and Nenagh. The group also carried out an incredible concert performance at the University of Limerick in 2019, where they sang supportive songs such as ‘Lean on Me’. This message is very important as many members of the group help to support each other. Unfortunately, when COVID hit, Sing Strong could no longer meet face to face, but rather online via zoom.

Sing Strong successfully carried out a total of twenty sessions over ten weeks, with two sessions taking place each week. Numbers attending each class averaged to around twenty-four, with roughly fifty participants being present between the two sessions each week. Most participants have been diagnosed with COPD with fewer members having other lung conditions such as IPF and cancer. Participants in the programme reside all over the country.

Roisin Cahalan commented, “there were many physical and mental evaluations done on participants, because of this, a very positive outcome can be seen. After the period of singing sessions, participants could walk a much longer distance than before and lung functions were also improved. Many participants also felt much better in general, whether it was physically or if it was for having the support system that SingStrong created. Efficient breathing technique is often compromised in people with chronic respiratory disease and good vocal technique can help to address this.”

Co-founder of Sing Strong, Ciara Meade travelled to Cardiff to undergo a special training programme in singing for lung health and says that the zoom calls have really helped everyone saying, “they are a welcomed release from all the noise going on in the world at the moment. Sing Strong has become a support system for many participants, with members being able to stay on call for even just a chat after a singing session, it has created a great sense of community between participants.”

Ciara said, “I am blessed to be in a position to provide these Sing Strong classes, after many years working as a community musician, study, training and continued personal development. It brings me so much joy knowing that I can impact in a positive way to people’s physical and mental well being, by doing something which I truly love to do, which is to sing and make music for myself and with others.”

Roisin Cahalan added, “the ultimate aim is to improve the diagnosis and management of this very difficult disease.” It is hoped that Sing Strong will expand nationwide and continue creating coaches in every county, to continue helping those in need.

Related Topics:choirCOPDSing Strong
Up Next