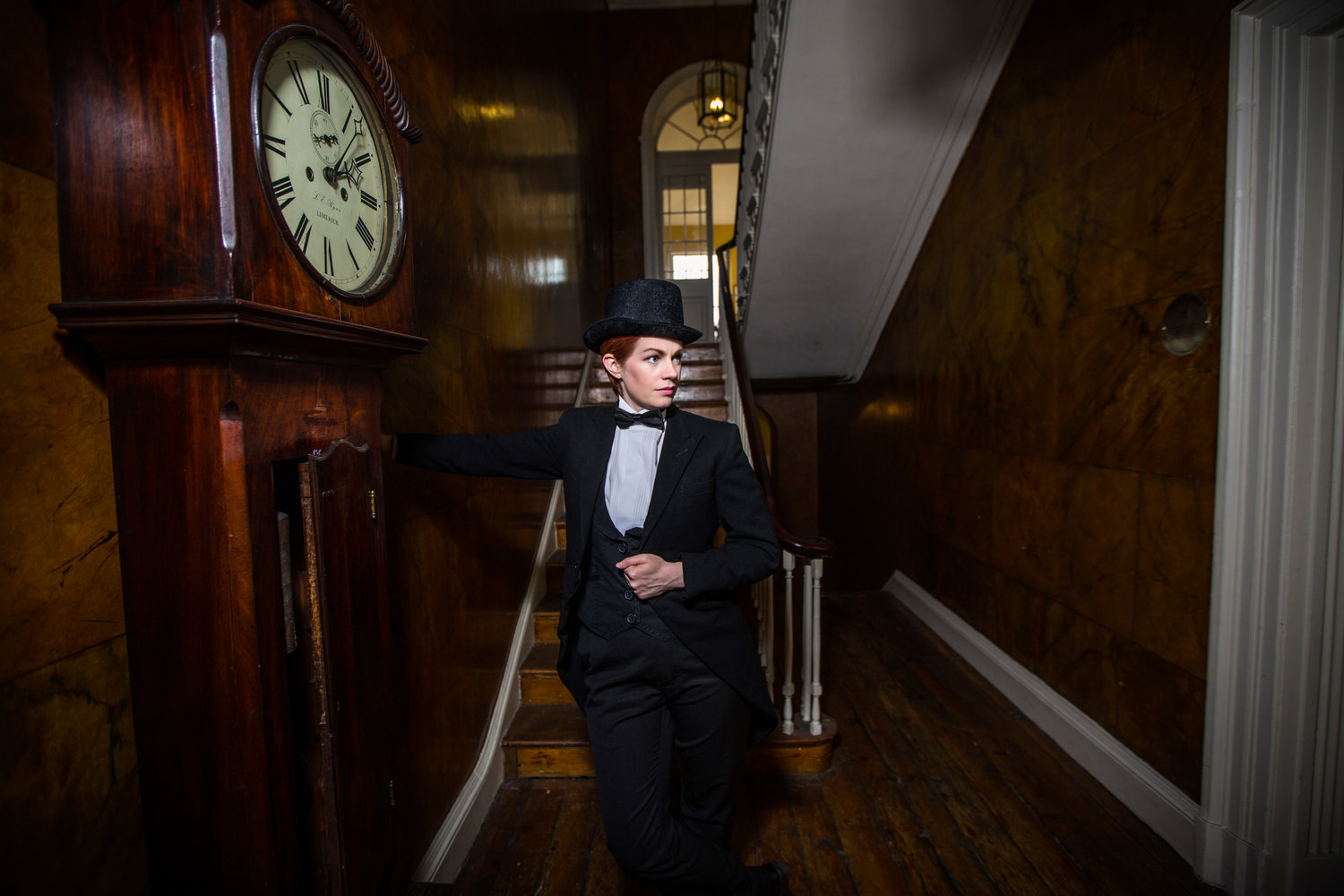 With a show that she describes as one of most challenging of her career, Limerick singer Jean McGlynn is set to return to the Limerick stage this October.

Songs in Suits is a new stage show conceived, devised and produced by McGlynn and will be performed in Dolans Warehouse for one performance only on the 12th October.

McGlynn has been developing the new production for some time and describes it as a ‘cabaret-style production’ that will feature a mix of ballads, up-tempo songs, jazz, blues and rock musical styles all immediately identifiable as songs traditionally performed by men.

“My repertoire would normally be musical theatre and with this show I have taken an opportunity to challenge myself by performing more mainstream music, to which I am adding my own theatrical stamp”, McGlynn says.

“I have been devising this show for about 2 years. We started the initial rehearsals before the summer and now have gone into marathon mode, rehearsing every day. This show really is a very big sing and is proving to be immensely challenging as a performer”, she says.

Working in collaboration with musical director Noël Lennon and a 6-piece band the show will see Jean give her own unique female twist to a range of songs made famous by men down through the years.

“Noël has done some amazing original arrangements and together we are giving these songs a new life, a new identity and an unexpected twist”, Jean says.

McGlynn describes the show as an homage to the male performers that have inspired her throughout her life and as a result has created something fresh, theatrical and artistically personal.

“Audiences will see only me on stage and I have deliberately made some difficult decisions from a repertoire perspective”, she added.In recent years Jean has developed a recognition as a theatre producer. Her production of Lily at the Belltable in 2011 saw her create a dramatic a series of musical monologues followed by a sell-out production of Cabaret des Frites at the Spiegeltent in both 2014 and 2015.

Songs in Suits follows suit and this show will see McGlynn take to Dolans Warehouse with a production that includes her trademark cabaret style complete with costumes, choreography and a six-piece band.

“I deliberately made a decision to perform this particular show in Dolans. It is a venue synonymous with original shows, and with the presentation of an eclectic mix of music styles and interpretations. Dolans is real; it is a versatile venue and it lends itself perfectly to the edgy stage cabaret-style production I’ve created”, McGlynn adds.

Songs in Suits will feature music by performers such as Leonard Cohen, David Bowie, Freddie Mercury, Frank Sinatra, Fred Astaire and many others.

Songs in Suits will be performed by Jean McGlynn at Dolans Warehouse on Thursday, October 12th. She will be accompanied by the Noel Lennon Sextet. Tickets are available from www.dolans.ie or by contacting 062 314483.