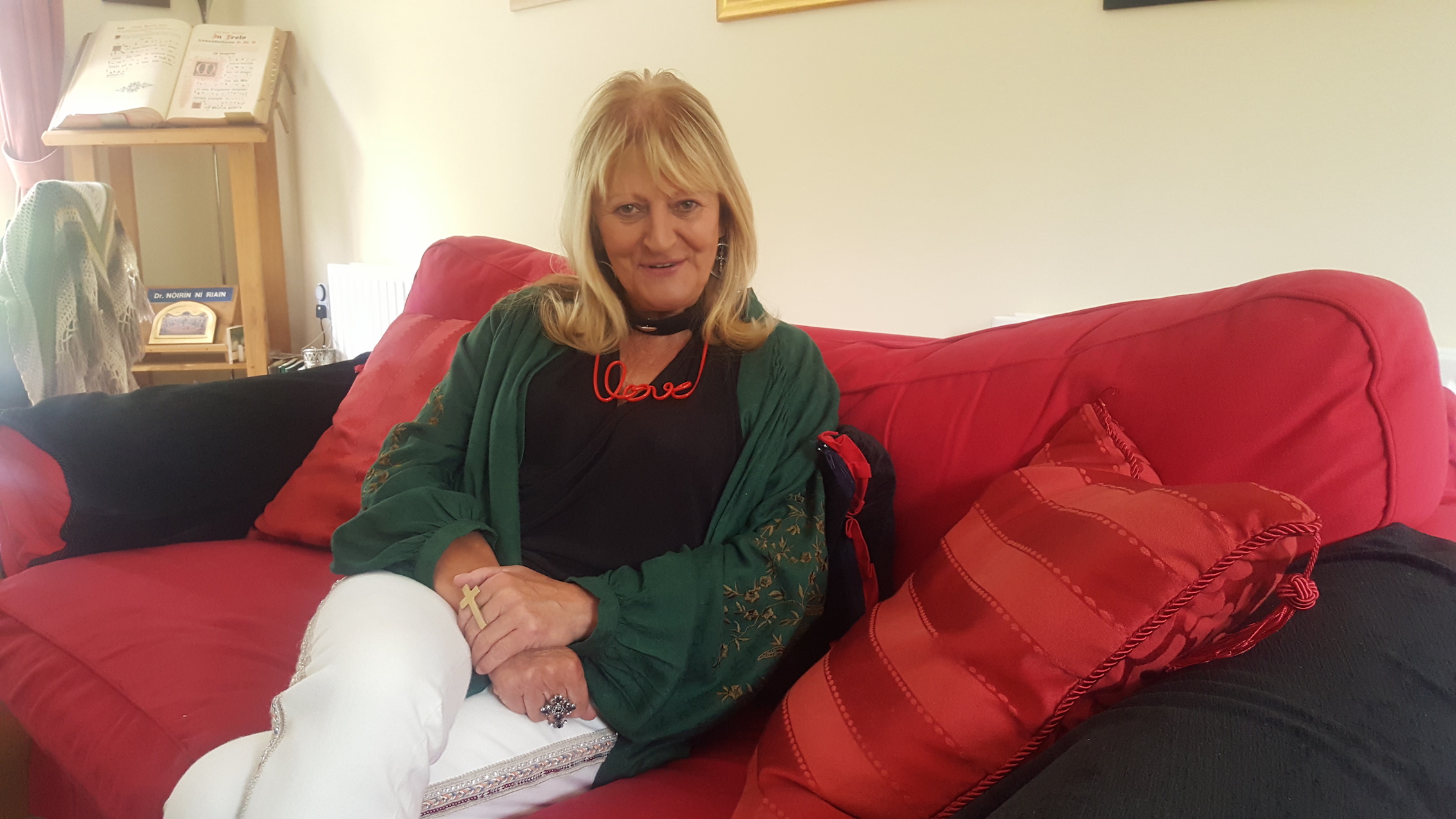 Out beyond ideas of wrongdoing and rightdoing

There is a field. I’ll meet you there.

“De-Spiritualisation is one of the biggest issues facing Ireland”,  according to recently ordained Interfaith Minister, and world-renowned singer Nóirín Ní Riain. “We have fallen out of the shelter of our church” she declares; stating unequivocally, “and that’s a very good thing!” These are surprising words from the once devout Catholic who attended all the daily Offices in Glenstal Abbey for 16 years. She still lives, however, at the edge of the monastery and maintains close contact with the monks there.

Singer Nóirín Ní Riain feels the Catholic church has lost out on so much by treating people, especially women, as lesser. “This misogyny and fear of women, along with enforced celibacy has cost the church dearly,” she says, going on to state that our former President Mary McAleese “nailed it” when she described a ‘disease’ in the (Catholic) church. The only way the church can cure this disease is to embrace all men and women equally. For now, in the absence of equality, Nóirín has taken action: following a path that started in childhood.

“I was a troubled child, growing up in Caherconlish, left to my own devices a lot with my siblings away in boarding school. I developed a voice in my ear, a kind of an alter voice which I would have described as the divine and it became my best friend. Now you could say was I crazy, and of course, I was, but I was always listening to this other little voice and talking to it; I still do! This has caused me to be a good listener all my life: to others, to my own boys, to voices around me”.

Listening led Nóirín to become the first person ever to be awarded a PhD in Theology at Mary Immaculate College, UL, graduating in 2003. Her thesis The Specificity of Christian Theosony, is an “in-depth study and representation of primarily vocal sounds as a means to religious experience from a Christian perspective”. She even invented a new word “theosony” to describe the undervalued act of listening to the Spirit of God and as she explains this, she laughs; “They were very brave to take me on as at the beginning I was speaking a lot of crazy stuff!” Nonetheless, some of that crazy stuff spurred Nóirín to seek further challenges and her new ministry came about very easily. She hardly remembers that she spent two years travelling over to the One Spirit Interfaith Foundation Seminary in London. She just thought of it as “doing a course” at the time.

“Becoming a minister was a pure pleasure” Nóirín explains, “and it has changed my life. I am a slow learner because at the age of 67 I am only coming around full circle and finally doing what I have always wanted to do, which is stand beside people on their big day, be that the day of marriage, the day of loss or the welcoming of a child”. She was drawn to the Interfaith Ministry because of its inclusivity, the lack of hierarchy and the fact that everybody is seen as equal encompassing all faiths and none. However, within this ministry, Nóirín will always remain a committed Christian. She feels of all the religions, it has a great balance between the human and the divine. “We have God the creator who is the invisible, the human god which is Christ and then we have the Holy Spirit which is an energy, a synergy that’s going around the whole world. I think Christianity is so attractive in Ireland because here we have the two worlds, The Visible and The Invisible; the world of the Tuatha Dé Dannan or Na daoine maithe – the good people. There are 4200 religions, but the 8 major religions all agree on two things. If we could only remember them it would lead to the end of all atrocities. These are the golden rules in EVERY religion. Do unto others as you would have them do unto you is the first and the second is to Listen with the ear of the heart or ‘Ausculta’ in the words of St Benedict.” (https://www.easons.com/listen-with-the-ear-of-the-heart–noirin-ni-riain–)

The practicalities of getting married are very important and Nóirín gets quite involved with her prospective couples. She meets with each couple three times working with them as they develop the ceremony for their important day. There are lots of beautiful rituals that can be included as well as readings from the scriptures or favourite poems. Music too is an important feature of most ceremonies and sometimes, if requested, Nóirín might even sing. She has always seen her music as an intrinsic part of her ministry…it was never really about performance for her, but a reaching out to the listener who is equally involved in the experience. A firm believer in inclusivity, Nóirín takes everything into account and will help the couple to deal with personal differences in taste and even in faith. She will take into consideration families too, who may be more or less devout than one another; aiming to have everyone feel equally included. We say there are two sides to a story but Nóirín believes there are three, and the right one is the one in the middle. She brings this wisdom to the preparation of each ceremony; akin to a sculptor, gently moulding a little piece of art from two pieces of clay, seeing herself as a fly on the wall, or a third ear.

One might ask how an Interfaith Minister makes ends meet. There is a charge, but it is a small charge considering the amount of time she obviously devotes to each couple, meeting them and in preparation between meetings. It is a service that she gains as much from spiritually as she gives; stressing that it is about much more than money. She has waived her fee on occasion where couples could not afford it and feels fortunate in that she has other means, through her teaching and music.

Singer Nóirín Ní Riain believes that this is an exciting time for Ireland; “We are a country with great imagination and creativity. For a very small nation look what we have produced, look at our history. Why can’t we spread a new spirituality based on our own Celtic Christianity which had marvellous riches; Neart which means spirit and strength, Hospitality, friendship or Anam Cara, Silence and respect for nature. We need to get down on our knees and apologise to our trees; to our stones; to our flowers; to the sun and the moon, for the damag,e we have done to them. We need to arrest that damage now and turn it around”.  She is hopeful that we will begin to do these things but worried about the damage that technology can do to our ability to really listen to each other. Other issues that bother her include the rise of populism and religious fundamentalism. Any form of waste and the proliferation of plastic get her down too but on the whole, she is positive. On migration, she loves the presence of other cultures in Ireland, but would rather they came because they want to rather than because they have to.

Listening to Nóirín it is clear that she is buoyed by her faith, her love of nature and of people; not to mention her ultimate belief in the power of love. Spending two hours in her warm and generous presence was an interesting and uplifting experience. She left me with this Haiku from an old friend:

I would love to live

Carried by the surprise

Of its own unfolding.