Wexford born singer/songwriter Pierce Turner has announced he will play a one-off Limerick gig in the intimate surroundings of Tait House in Southill on September 13. Having recently performed as a special guest at the Frank McCourt Summer School in New York City, Pierce Turner’s Limerick date will be one of a limited series of Irish dates this summer.

Turner will play the unique and intimate surroundings of Tait House, an early 19th-century country house now operating as a community enterprise on the outskirts of Limerick city. 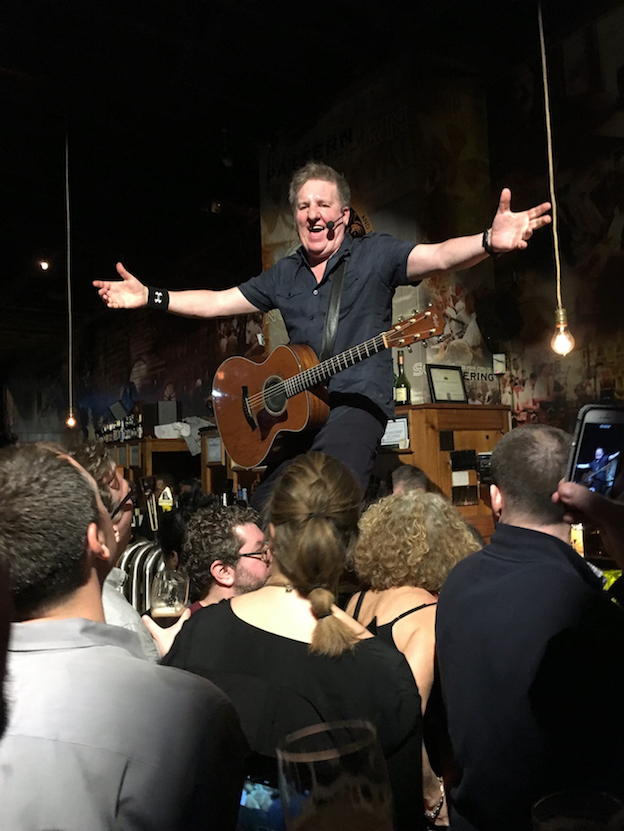 In choosing Tait House for his Limerick show Turner said, “You can go to the big fields and watch a dot up on the stage performing while the sound sails away in the wind. Or you can mingle with like-minded humans in a space where you can see the walls, where there is a ceiling for the sound to return from, where there is oodles of atmosphere and interaction”.

Currently based in New York, Pierce Turner returns from America to this side of the pond for a series of Summer Public Parlour Performances.

Tracey Lynch, CEO Tait House, welcomed Pierce Turner’s announcement saying “Tait House is part of Limerick’s historic fabric. Not only are we a community enterprise working to engage with the local community, but we are also constantly striving to find new ways to give the wider Limerick public an opportunity to experience our house and its grounds.

“Having Pierce Turner play an intimate gig at Tait House in September is a fantastic opportunity for local audiences to witness a musical and lyrical craftsman in a magical intimate setting. We look forward to welcoming Limerick audiences to an evening we can guarantee they won’t forget”

Pierce Turner is a dynamic live performer and consummate musician, who has been voted Ireland’s Solo Artist of the Year by HotPress. He has worked on numerous occasions with legendary classical composer Philip Glass.

When he performed at Carnegie Hall with headliner Iggy Pop and Patti Smith in 2015, the New York Times and Rolling Stone magazine enthusiastically described it as soaring and a cross between Joni Mitchell and David Bowie. He has a dedicated cult following in Ireland where he resides half of the year, the other being in Manhattan. 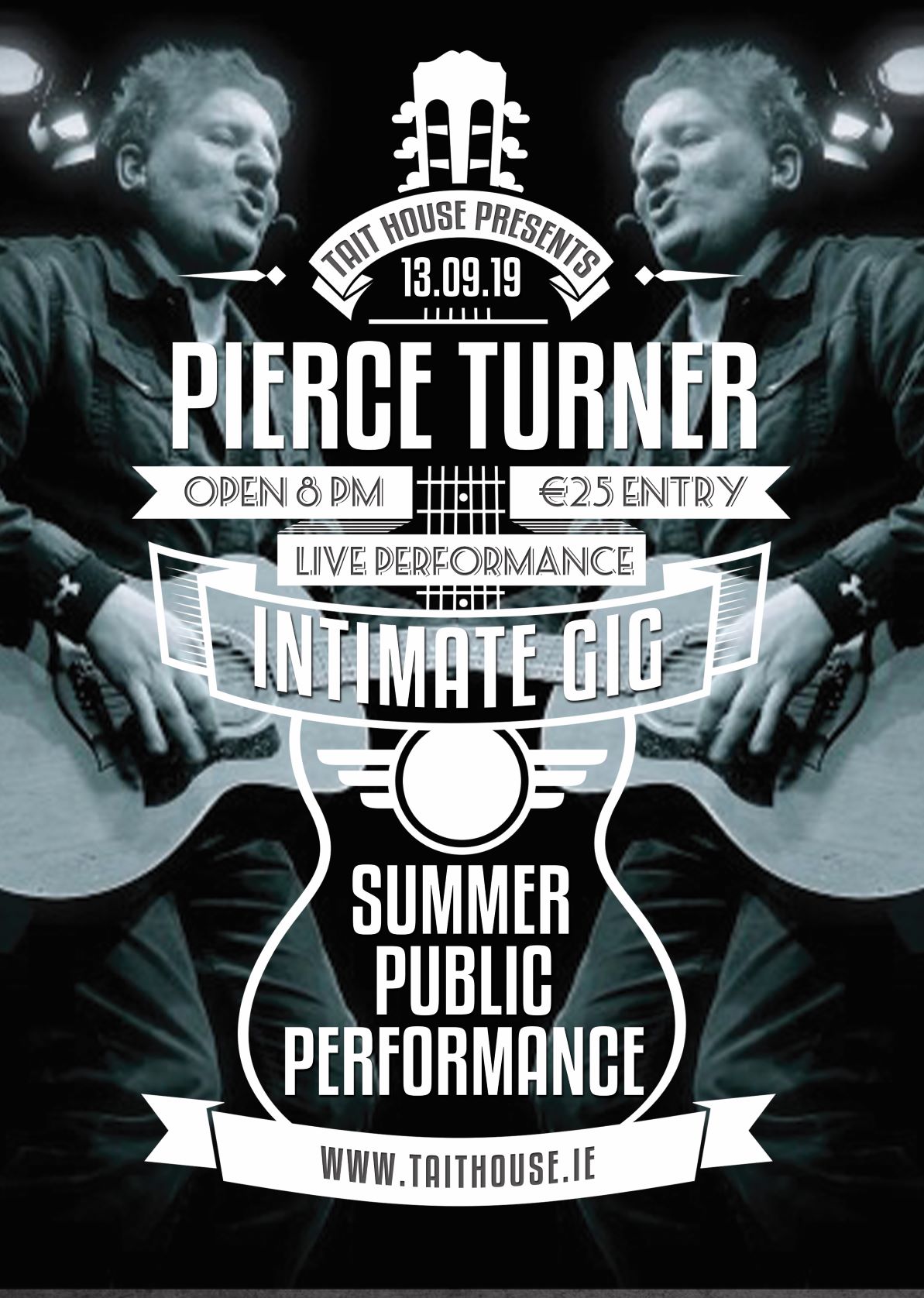 Joseph O’Connor has described Pierce Turner as ‘a storyteller, soul man, poet, heartbreaker, with the voice of a choirboy high on rocket fuel. His songs sound like nobody else’s. A true and beautiful and utterly unique artist’.

Author Eoin Colfer has credited Turner’s music and lyrics as having a huge influence on his writing. “He is one of a kind genius poet. I wish I had never heard him so I could listen for the first time. Pierce is the only songwriter I know who has made me laugh and cry during the same song”, he said.

Turner’s first professional job was as a musician with the pop showband The Arrows. He later moved to New York City and formed The Major Thinkers with fellow Wexfordian Larry Kirwan (later the frontman of Black 47), and recorded several acclaimed albums, also performing as Turner and Kirwan.

His first solo album, It’s Only a Long Way Across (1987), was produced by American avant-garde composer Phillip Glass and was nominated for ‘Best Debut Issued by an Independent Record Company’ at the New York Music Awards.

Hot Press has dubbed him “Ireland’s greatest living poet”, and he was voted ‘Irish Solo Performer of the Year’ in the Hot Press Awards  by a panel drawn from the national media while Tony Clayton-Lea of the Irish Times described Pierce as one of the most important Irish artists of the last twenty years.

Other songs by Turner were featured in the film Snakes and Ladders and the HBO TV show The Wire. Christy Moore recorded Turner’s songs “Wicklow Hills” and “Musha God Help Her”. Moore’s 2004 box set includes the track ‘I Love the Way Pierce Turner Sings’.

Tickets for Pierce Turner, Live at Tait House in Limerick city are on sale now and can be purchased by contacting Tait House on 061 415340